Caption:
“We’re starting to see signs of planetary stewardship,” said Johan Rockstöm. “For the first time ever, humanity has a road map for people and planet. … The light at the end of the tunnel is real.”
Credits:
Photo: Casey Atkins

The Earth is entering a new global epoch, and the continuation of humanity as we know it depends on our ability to preserve Earth’s resilience through sustainable actions. That was the take-home message from Johan Rockström, executive director of the Stockholm Resilience Center and professor of environmental science at Stockholm University. He spoke on Tuesday, Sept. 19 for the MIT Environmental Solutions Initiative’s first People and the Planet lecture of the academic year.

“It’s the narrative of human survival,” Rockström said. “The ability to navigate the future for … at least 9, potentially even 10 billion co-citizens on Earth [by 2050], all with the same right to good lives.”

Rockström is best known for his 2009 proposal identifying specific limits to Earth’s various systems. He called these limits planetary boundaries and warned that should we exceed them, we may no longer enjoy the life-sustaining balance between nature and human progress. 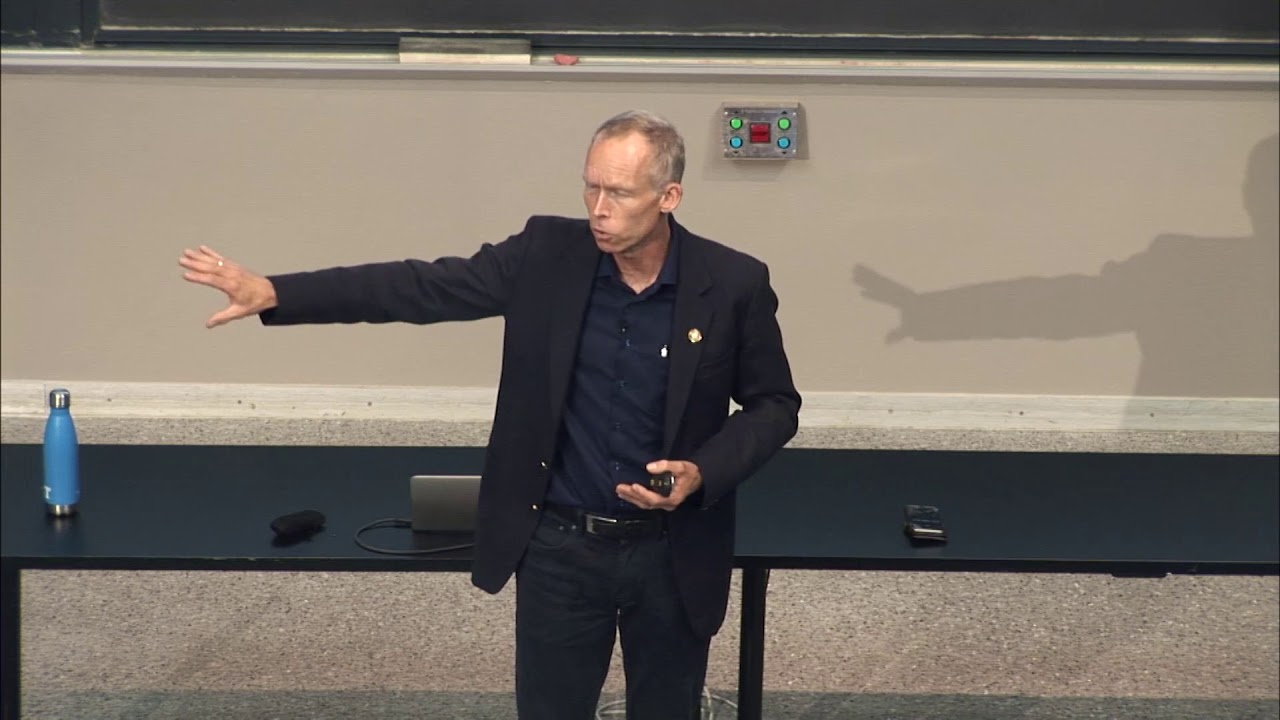 “It is fundamentally about reconnecting the world economy to the biosphere,” says Rockström. “It’s ... such an incredibly fundamental part of our world development and … we are today putting all of this at risk.”

Socioeconomic systems around the world are based on the Earth’s capacity to absorb the impact of humanity. But the growth of that impact has accelerated dramatically, particularly in the time period since the second World War. Sixty-seven percent of vertebrate wildlife species is projected to be extinct by 2020. Fifty percent of the Australian Great Barrier Reef has already died. Changes to the atmosphere render 2 degrees Celsius of warming to the planet a distinct possibility. As planetary boundaries reach their tipping points, the Earth’s ability to recalibrate in response will diminish.

According to Rockström, if we avoid transgressing planetary boundaries we can maintain a semblance of the biosphere balance we enjoyed during the Holocene epoch of Earth history. The Holocene, which began approximately 11,500 years ago at the end of the last ice age, was a Garden of Eden of sorts. The gentle fluctuations in average global temperature allowed humanity to develop agriculture and take advantage of the Earth’s resources in a more organized manner.

“We were … a small world on a big planet,” Rockström said of our Holocene existence. Many experts say we are now at the dawn of the Anthropocene epoch, marked by the start of nuclear testing in the 1950s. It’s the first epoch in Earth’s 4.5 billion years during which humans are the main drivers of change in natural global systems.

Leaving the Holocene means entering the unknown. “The Holocene is the only equilibrium of the planet that we know for certain can support humanity as we know it,” he said. “We have no evidence to suggest that we could morally and ethically support 9.5 billion co-citizens with a minimum standard of good lives [outside of Holocene conditions].”

Despite current political uncertainties, Rockström is hopeful. He sees a path forward in the Carbon Law, the idea of halving carbon emissions every decade. (He laid out a decade-by-decade plan to this end in the March 2017 issue of Science.) This can be done on every scale, he said, from governments to businesses to individuals.

This isn’t an unobtainable utopia. John Sterman, the Jay W. Forrester Professor of Management at the MIT Sloan School of Management observed that, “Johan’s work shows clearly that humanity has already overshot the carrying capacity of the Earth. The good news is that we can change this dire situation: More and more governments, companies and individuals are taking action to create, deploy and scale the technologies and policies we need to build a sustainable world in which all can thrive.”

Many governments (including Switzerland, the Netherlands and Sweden) and businesses (such as clothing retailer H&M and auto manufacturer Volvo) have already adopted the planetary boundaries framework. The use of renewable energy sources is doubling every 5.4 years; continuing that rate of growth is a key strategy to phase out the use of fossil fuels and achieve full decarbonization of the economy by 2050, according to Rockström.

ESI Director John Fernandez shares this vision and suggests a key role for MIT. “The transformative role of technology — the development of low carbon energy supplies, the electrification of cities, the creation of economically viable and effective methods to recover and reuse key materials — this is MIT’s sandbox,” he said. “Much will come not from doom and gloom, but from the excitement that motivates discovery and invention and the accompanying optimism and responsibility about the real possibility for a deeply sustainable world.”

Rockstöm’s lecture ended on an encouraging note. “We’re starting to see signs of planetary stewardship,” he said. “For the first time ever, humanity has a road map for people and planet. … The light at the end of the tunnel is real.”

ESI’s People and the Planet Lecture Series presents individuals and organizations working to advance understanding and action toward a humane and sustainable future. On Nov. 20, the second fall lecture will feature Rhode Island Senator Sheldon Whitehouse.