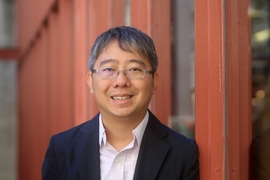 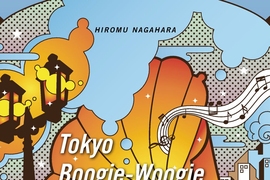 In 1929, the Victor Talking Machine Company of Japan, a subsidiary of RCA, released a recording of the song “Tokyo March,” an ode to modern life, with lines about “dancing to jazz and drinking liqueur late into the night.” Performed by the singer Sato Chiyako, “Tokyo March” quickly sold 150,000 copies, making it the first big pop hit in Japanese history.

From that point through the 1960s, Japan’s pop music industry became a powerhouse. Despite disruptions due to war and postwar reconstruction, companies churned out hundreds of what were termed “popular songs,” or “ryukoka,” in Japanese.

By the time this pop-music boom slowed, in the 1970s, Japan had transformed itself from a traditional and hierarchical society into a nation where almost everyone described themselves as being part of the country’s middle class.

For Hiromu Nagahara, the Cecil and Ida Green Career Development Associate Professor of History at MIT, these developments are related. Japanese popular music, he believes, helped create a larger common culture in the country — including a larger culture of consumption — that placed more people on common social ground.

“Japan was a highly class-conscious society,” says Nagahara, referring to the era when “Tokyo March” was released. “For the vast majority of Japanese, they didn’t feel like they were middle class. But by the time you get to the 1970s and 1980s, people feel they are all middle class.”

Now Nagahara has written a new book examining the way popular music became intertwined with the larger transformation of Japan. In “Tokyo Boogie-Woogie: Japan’s Pop Era and Its Discontents,” published this month by Harvard University Press, he examines the politics of popular music and concludes that “Japan’s masses … emerged not only as the chief consumers of mass media and mass culture but also as the protagonists of the broader social change” that upended the country.

To be sure, as Nagahara explains, “popular” music in Japan during this era accommodated a variety of styles. Some songs, like the star Kasagi Shizuko’s 1947 hit “Tokyo Boogie-Woogie,” the basis of the book’s title, were upbeat and swing-based; others were more somber and hinted at more traditional influences.

As the popular music industry expanded, not everyone became a fan of the new songs. Indeed, a central part of Nagahara’s book addresses the ongoing resistance to pop music, often stemming from cultural elites who preferred other types of Western music, including classical music, which they viewed as a mark of refinement.

“The ongoing concern was that the music was vulgar and low,” says Nagahara. “Well into the 1960s, the common stance of Japan’s intellectual and cultural elite was that these songs were inherently vulgar.”

On one level, that represents a familiar cultural clash, with echoes of generational disputes over rock and roll in the U.S. or Britain. But in Japan, the politics of pop music had some unique features. Consider the post-World War II occupation and reconstruction of Japan by the U.S., which lasted until 1952. Critics of pop music saw the occupation as a chance to squelch Japanese pop music styles and re-emphasize the value of Western music.

For instance, as Nagahara notes, one highbrow pop critic, Aragaki Hideo, argued that the “despair” and “melancholy” of some pop songs were holding the country back. “When I listen to these songs,” he wrote, “I get depressed and the reconstruction of Japanese spirit seems totally impossible.”

That might sound extreme, but it was not an uncommon view to find in print.

It didn’t, however, creating an important social dynamic. Japanese pop music was not only an increasingly common, shared cultural experience for the budding middle class; it was also regarded as a “reflection of the nation’s culture,” as Nagahara puts it. People could be patriotic, and be consumers, at the same time.

The critics of Japanese pop music might have been fighting a “long war,” as Nagahara terms it, but they did not win it. “Popular songs produced by the recording industry became uncontroversial and even came to be seen as part of Japan’s cultural establishment by new generations of musicians,” Nagahara writes in the book.

Instead, the centrality of pop music in Japanese culture finally became limited by other forms of entertainment: mostly television, which became fully pervasive by the 1970s, as well as other Japanese mass-culture products such as cartoons and computer games.

Still, to Nagahara, pop music did not just reflect the changes in Japanese society but helped constitute them, making it part of an important cultural episode.

Other scholars who have read the book agree. Christine Yano, an anthropology professor at the University of Hawaii who has also written about Japanese popular music, calls the book “a wonderfully insightful and nuanced history,” which is going to “make a strong contribution to the field of modern Japanese history and pop music and pop culture studies.”

So while the genre of “ryukoka” had become, even by the 1970s, “increasingly antiquated,” as Nagahara puts it, scholars have found that understanding pop music’s impact in the preceding half-century is a valuable window into Japanese life. Or, as a common adage from the time stated: “As the world goes, so go the songs; as the songs go, so goes the world.”