Caption:
For a demo at a local cafe, the Chronos system was 97 percent accurate in distinguishing in-store customers from out-of-store intruders — meaning it could be used to prevent non-customers from stealing WiFi.
Credits:
Photo: Jason Dorfman/MIT CSAIL

We’ve all been there, impatiently twiddling our thumbs while trying to locate a WiFi signal. But what if, instead, the WiFi could locate us?

According to researchers at MIT’s Computer Science and Artificial Intelligence Laboratory (CSAIL), it could mean safer drones, smarter homes, and password-free WiFi.

In a new paper, a research team led by Professor Dina Katabi present a system called Chronos that enables a single WiFi access point to locate users to within tens of centimeters, without any external sensors. 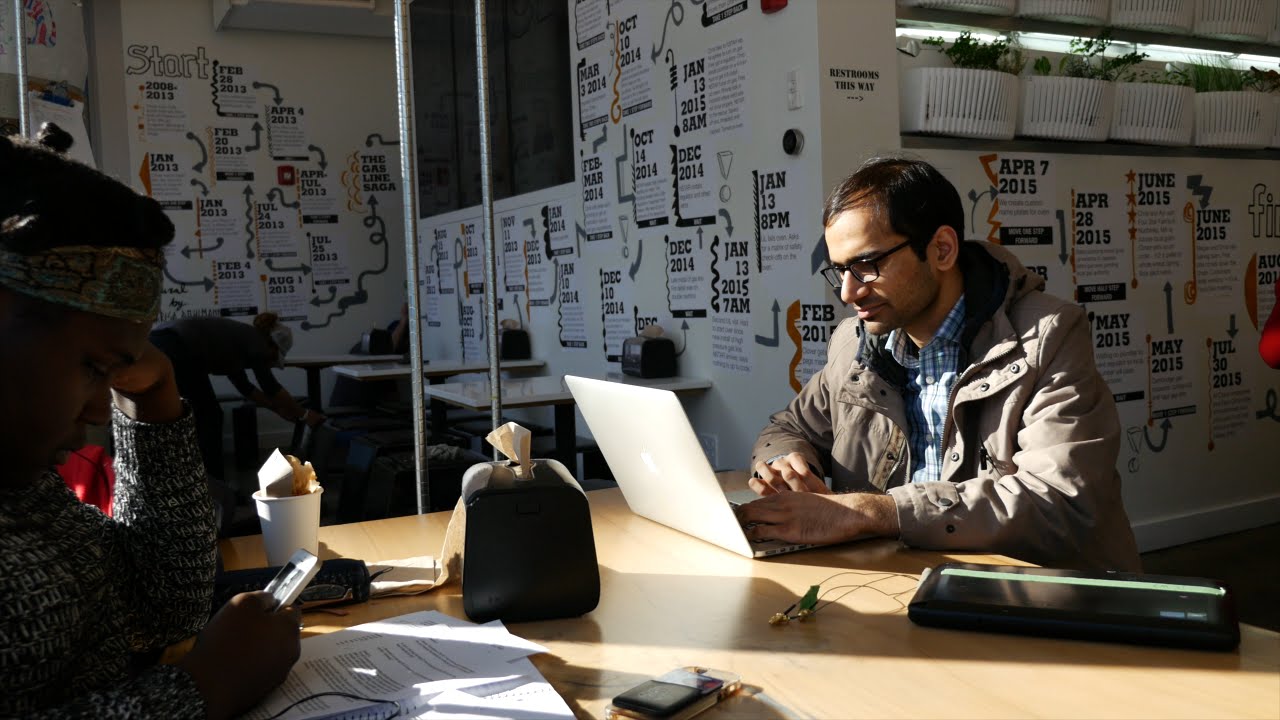 Play video
A new wireless technology developed by MIT researchers could mean safer drones, smarter homes, and password-free WiFi. The team developed a system that enables a single WiFi access point to locate users to within tens of centimeters, without any external sensors. They demonstrated the system in an apartment and a cafe, while also showing off a drone that maintains a safe distance from its user with a margin of error of about 4 centimeters.

The group demonstrated Chronos in an apartment and a cafe, while also showing off a drone that maintains a safe distance from its user with a margin of error of about four centimeters.

“From developing drones that are safer for people to be around, to tracking where family members are in your house, Chronos could open up new avenues for using WiFi in robotics, home automation and more,” says PhD student Deepak Vasisht, who is first author on the paper alongside Katabi and former PhD student Swarun Kumar, who is now an assistant professor at Carnegie Mellon University. “Designing a system that enables one WiFi node to locate another is an important step for wireless technology.”

Experiments conducted in a two-bedroom apartment with four occupants show that Chronos can correctly identify which room a resident is in 94 percent of the time. For the cafe demo, the system was 97 percent accurate in distinguishing in-store customers from out-of-store intruders - meaning it could be used by small businesses to prevent non-customers from stealing their WiFi. (32 percent of Americans have copped to this cyber-crime.)

Chronos locates users by calculating the “time-of-flight” that it takes for data to travel from the user to an access point. The system is 20 times more accurate than existing systems, computing time-of-flight with an average error of 0.47 nanoseconds, or half than one-billionth of a second.

Vasisht presented the paper at this month’s USENIX Symposium on Networked Systems Design and Implementation (NSDI '16).

How it works
Existing localization methods have required four or five WiFi access points. This is because today’s WiFi devices don’t have wide enough bandwidth to measure time-of-flight, and so researchers have only been able to determine someone’s position by triangulating multiple angles relative to the person.

What Chronos adds is the ability to calculate not just the angle, but the actual distance from a user to an access point, as determined by multiplying the time-of-flight by the speed of light.

“Knowing both the distance and the angle allows you to compute the user’s position using just one access point,” says Vasisht. “This is encouraging news for the many small businesses and consumers that don’t have the luxury of owning several access points.”

Exploiting the fact that WiFi lets you hop on different frequency channels, the team programmed the system to jump from channel to channel, gathering many different measurements of the distance between access points and the user. Chronos then automatically “stitches” together these measurements to determine the distance.

“By devising a method to rapidly hop across these channels that span almost one gigahertz of bandwidth, Chronos can measure time-of-flight with sub-nanosecond accuracy, emulating with commercial WiFi what has previously needed an expensive ultra-wideband radio,” says Venkat Padmanabhan. a principal researcher at Microsoft Research India. “This is an impressive breakthrough and promises to be a key enabler for applications such as high-accuracy indoor localization.”

That said, getting an accurate time-of-flight with this method still isn’t easy, due to three sets of delays that happen during the transfer.

First, when you wirelessly send a piece of web data, there is a delay in detecting the presence of the “packet” that is hard to distinguish from the actual time-of-flight. To account for it, the team exploits the fact that WiFi uses an encoding method that transmits bits of packets on several even smaller frequencies.

Secondly, if you’re indoors the WiFi signals can bounce off walls and furniture, meaning that the receiver gets several copies of the signal that each experience different times-of-flight. To identify the actual direct path, researchers developed a mechanism to algorithmically determine the delays experienced by all of these copies. From there, they can identify the path with the smallest time-of-flight as the direct path.

Lastly, the team’s channel-hopping approach leads to one other complication: every time Chronos hops to a new band, the hardware resets, adding a delay known as a “phase offset.” To address this the team used the fact that in WiFi, you get an acknowledgement back for each data packet that your phone sends. The team uses these acknowledgements to intelligently cancel out the phase offsets.

The success of Chronos suggests that WiFi-based positioning could help for other situations where there are limited or inaccessible sensors, like finding lost devices or controlling large fleets of drones.

“Imagine having a system like this at home that can continuously adapt the heating and cooling depending on number of people in the home and where they are” says Katabi. “Eliminating the need for cooperation between WiFi routers opens up many exciting new applications for localization.”

Dan Misener reports for CBC News that MIT researchers have developed a new wireless tracking system, called Chronos, that can pinpoint a user’s location to within centimeters. Misener explains that Chronos, “can be used to turn a regular Wi-Fi router into a sort of radar system that can detect objects and where they are in the world.”

Turning the tables on wireless interference