“We are moving into a new era of pavement management systems, which consider not only rider comfort and safety but also the quantitative carbon environmental impact,” says MIT professor of civil and environmental engineering Franz-Josef Ulm, faculty director of MIT’s Concrete Sustainability Hub (CSHub) in an interview with Engineering News-Record (ENR) magazine.

A recent collaboration between the CSHub and the California Department of Transportation (Caltrans) showed that phenomena associated with pavement-vehicle interaction (PVI), including roughness and deflection, accounts for 1 percent of overall fuel consumption on California highways.

“While a passenger car wouldn’t achieve significant gas savings, road stiffness could make an enormous difference for 40-ton trucks, with up to 4 percent gas mileage savings," Ulm told ENR. “If we can save 2 million tons of CO2 per year, at the aggregate level, this becomes extremely important in a low-carbon economy.” 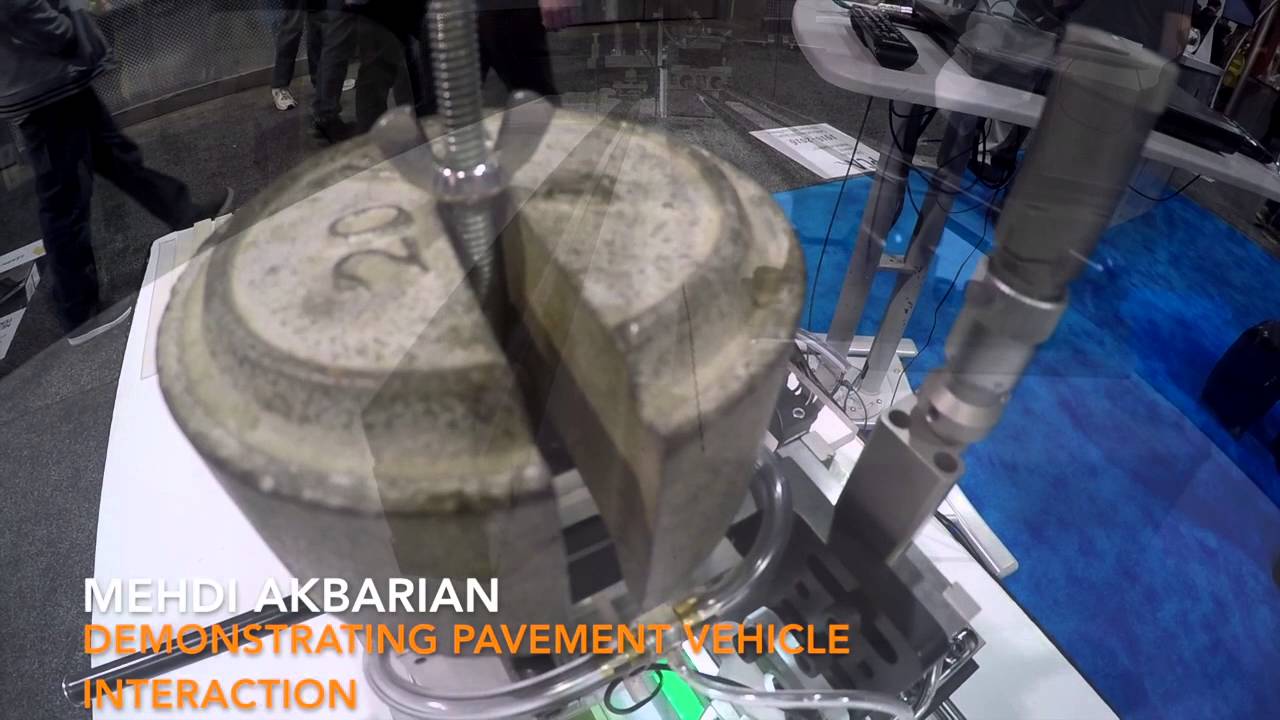 For the research, Caltrans provided the CSHub with a wealth of data collected using ground-penetrating radar. The data identified the road’s structure, including the materials beneath the pavement, and included GPS coordinates on every crack, rut, and bump in California’s 50,000 lane-mile system.

CSHub researchers employed a novel small-scale experimental approach in which a rigid steel tire rolls along a polymer pavement while they measure the horizontal force required to move the tire forward at different speeds and with different loads. This approach allowed them to look directly at the interaction between the wheel and pavement structure. Many past PVI studies relied on actual trucks on actual pavement and ignored structure and material properties.

CSHub researchers ran 40,000 to 50,000 calculations for each mile in the network and then made a ranking to determine the fastest path reduction of fuel consumption. “For each road, we know the amount of traffic, the temperature, structural data, material data and GPS coordinates,” Ulm told ENR. “Through this model, we can calculate excess fuel consumption.”

By feeding the Caltrans data into the experimental model, the CSHub researchers were able to generate decision trees and modeling programs which allowed Caltrans engineers to select the paving projects that will have the biggest impact on fuel savings, which also leads to a reduction in greenhouse gas emissions.

Pyle, the Caltrans engineer, noted that some studies already show a 2 to 3 percent reduction in greenhouse-gas emissions in high-traffic volume locations.

The Caltrans research looked at a specific aspect of pavement life cycle — the use phase — but CSHub research is not just focused on this phase, nor just on PVI; it looks broadly at the entire life cycle of paving and building materials. The CSHub has also conducted life cycle assessment (environmental impacts) and life cycle cost analysis studies for numerous locations including Virginia, Colorado, Arizona, Florida, Missouri, and Minnesota.

This research comes at a time when tougher greenhouse gas policies are expected. Last December at an international climate action conference in Paris, 196 countries pledged to reduce carbon emissions. As a result, governments around the world are drafting new policies aimed at curbing their greenhouse gas emissions. In an interview, Ulm said the ultimate goal of the Caltrans research, and all CSHub research, is for decision makers, including engineers and politicians, to think of infrastructure as part of the solution in a carbon constrained environment.

The Caltrans research offers a new way of thinking of pavement management systems. Ulm said, “In an environment where we deal with carbon restriction and where carbon has a price, making it part of the equation — making it part of the cultural baggage of engineers to improve our infrastructure — is the ultimate focus, this where we want this research to end up.”

In addition, Mehdi Akbarian, a research scientist with the CSHub, is currently exploring ways to turn the PVI research into a product for engineers through participation in the MIT Translational Fellows Program.

At the nanoscale, concrete proves effective for nuclear containment