Q&A: Matt Damon on making a difference in the world 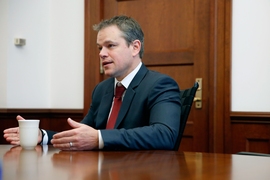 The Academy Award-winning actor and filmmaker Matt Damon is MIT’s 2016 Commencement speaker. Damon, a native of Cambridge, Massachusetts, first shot to fame playing a gifted MIT janitor in the 1997 film “Good Will Hunting,” and has since become one of the best-known figures in all of entertainment. He has also become a highly productive philanthropist, especially through Water.org, an organization he co-founded that provides clean water to people living in poverty throughout the world. Before Damon gave his commencement address, MIT News sat down with him for an interview about having a social impact in the world. 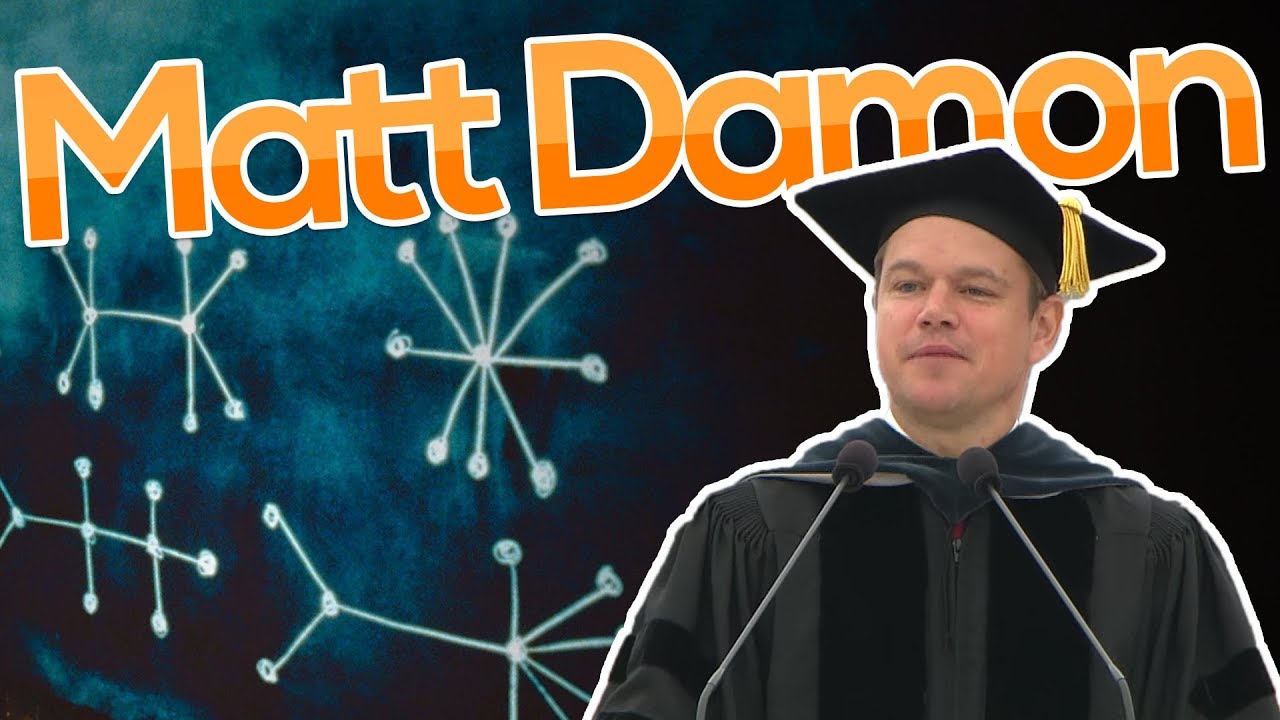 Q: You’ve been very active working for the public good. Where does that come from, internally, for you?

A: I think the parents that I had obviously played a huge role in shaping and instilling in both my brother and me the idea that it’s incumbent on you to do what you can within your sphere of influence to effect positive change. I think that most certainly comes from them, and from growing up here in Cambridge. I think that idea was expressed in different ways by a lot of the adults that I came into contact with. And then it just became — it never really felt like a burden or a question. It just felt like the way that we all live our lives. I just think I ended up with a wider sphere of influence than I ever expected.

And what happens a lot, oftentimes, to people who become kind of famous, you see them repeat a similar pattern. They get involved with a lot of different things, but not really deeply. I found myself — everybody would call me up and say, “Could you show up here?” “Can you do this?” and “This is a benefit for such-and-such.” And I just went to everything because I felt, it’s only an evening of my time and this is the right thing to do. But then as I started looking at this stuff in greater detail I decided to really focus on one thing. And that could have been a number of different areas. There are a number of different problems that need solving.

Q:  That was actually my next question. There are so many large-scale global issues that one could become involved with. How did you feel you had found the right one with your work with Water.org?

A: I knew I wanted to work on extreme poverty. I wanted to do something to try to help as much as I could. And in studying it, and going into these places, and visiting all these different programs, Bono’s organization, ONE — and I’ll talk about this today — arranged a trip for me, 10 years ago, and I went to Zambia. And it was really interesting. It was like every day had a different learning focus; it was like a college minicourse. And one day it was microfinance, one day it was urban AIDS, one day it was rural AIDS, and so it was just going in and really interacting with these issues and meeting people and talking with people who were working in these really rough areas. And it just struck me on that trip that water undergirded all of these issues of extreme poverty. And nobody was talking about it. And it was so impossible to relate to, almost, as a Westerner, because we solved that problem 100 years ago here. Whereas with AIDS, we’ve all been affected; we all have family members or friends who we’ve lost.

So it just struck me as kind of a mountain you had to climb, to get people to appreciate the water and sanitation issue was just so massive. The first step was just getting people to understand that there was a problem at all. In the West you’re never far away from it. There’s water there [gestures across room], there’s water in the bathroom, there’s water everywhere, there’s clean water available. We don’t even know what it is to be thirsty, let alone having our lives threatened by a lack of clean water. So, I think the enormity of it, and then as I started learning about it, the complexity of it, I think really was what got me hooked.

Q:  The enormity of it, the complexity of it — how do you not get overwhelmed, then? How do you feel like you’re making progress, that there’s something you can actually do?

A: I think because once you start engaging with these issues, you start to see that the solutions are there, and there is progress being made. And participating in that progress is really fun. And for me, partnering with Gary [White], creating Water.org, he pioneered this idea of water credit, using microfinance and applying it to water. That drove down the philanthropic cost per person … [a]nd it’s scaling, so if I was just doing direct impact [localized aid projects], I don’t know how many people I would have reached at this point. But we’re going to hit 4 million people this year. So it’s a more kind of wonky way to go about it. … And every time I go on some of these site visits and sit and talk to people, it’s incredibly humbling to hear their stories and see how this is changing their lives. And I say it in the speech today, it’s the coolest thing I’ve ever done.

Q:  Is there some connection between acting and activism, in terms of studying the world in a very close way?

A: I don’t know how other people look at the world, but … I think to do it [acting] effectively you have to be in touch with your humanity, and that makes you look for that in everybody that you meet. And sometimes you play the quote-unquote bad guy, and you have to find the humanity in that person. I think it makes you have to try to look deeper.

Tech reporter Karleigh Moore speaks with Matt Damon, MIT’s 2016 Commencement speaker, about technology, the film industry and how graduates can help make the world a better place. “Start with…what speaks to you and what feels like something you want to spend your time on,” Damon advised. “It requires so much work and so it helps if you love it.”