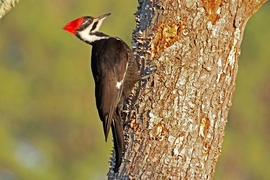 Lorna Gibson’s twin passions for birding and innovative instruction have generated a “first” for MITx: an eight-part, short-form video series designed for public viewing. “I’ve long wanted to do a project on how birds work from an engineering perspective,” says Gibson, a MacVicar Fellow and the Matoula S. Salapatas Professor of Materials Science and Engineering. “I hope this series will be a way to reach people who might not be interested in picking up an engineering book.” 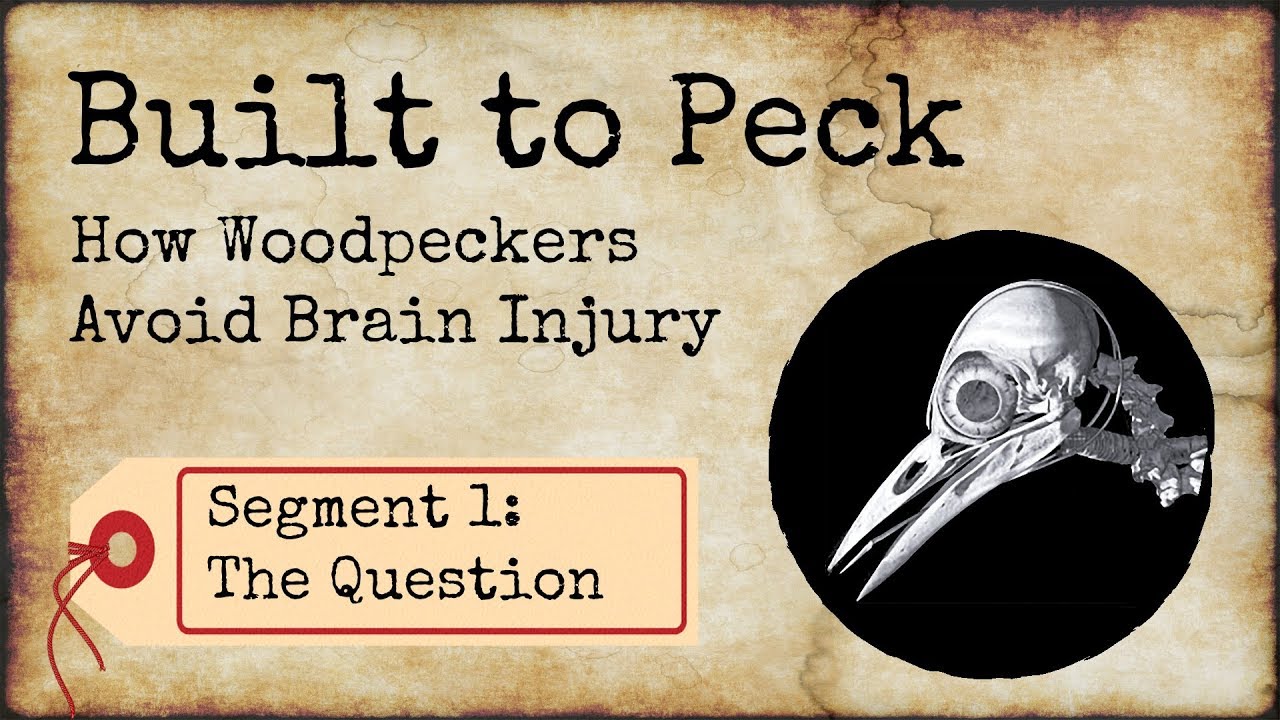 Play video
MIT Professor Lorna Gibson introduces the science behind how woodpeckers avoid brain injury when pecking in a new series from MITx.

Debuting this month, the miniseries, like an online fusion of “Nature” and “Mythbusters,” weaves together intimate observations of bird behavior and physiology with engineering “explainers.” With Stier’s help, Gibson set about translating a lecture that she had developed for her classroom-based engineering courses and for birding audiences, into a lively exploration of the engineering, biology, and natural history behind the woodpecker’s astonishing hammer-headed food-sourcing skills.

“I wanted to see if we could produce something really exciting,” Stier says. “Lorna has such a visual mind, and is a great communicator.” Stier had teamed up with Gibson on a previous edX course, and on a venture in streaming storytelling — a nine-minute MITx mini-documentary on Robert Hooke’s 17th century opus "Micrographia," an early compendium documenting microscopic structures in plants and animals.

During this collaboration, Stier realized Gibson had a unique knack for “explaining things in a way that anyone can get excited about.” When the woodpecker lecture emerged, Stier was primed to seize “a great opportunity to experiment and do something new.”

For both partners, this meant telling a good story with rich visuals that demonstrated important engineering and biological principles without being overly abstract. “I’ve been at MIT over 30 years, and when I started teaching mechanical and materials engineering, I stuck with derivations, equations, and example problems,” Gibson says. “But I gradually discovered that in lecturing on even the most basic engineering principles, like stress, or what makes a material stiff, the things that engage students are the stories I tell.”

As they began brainstorming in the summer of 2015, Stier and Gibson realized they had in hand a ready-made narrative thread for the series: Gibson’s actual journey through natural history archives and engineering experiments to learn how woodpeckers survive their head-battering feeding behaviors.

After storyboarding to determine the best mix of on-camera presentation, graphics, historical and new footage, the team — which included crewmembers from MITx Media Services and MIT Video Productions, as well as editor Brittany Bellamy — began filming in late July and August. They were permitted to shoot in Harvard University’s Museum of Comparative Zoology, where they peered into drawers containing centuries-old and often rare bird species, well preserved and fully feathered.

“It was such a blast to film at the museum,” Stier says. “It was a crazy space, ancient birds filed in tons of cabinets, and three or four of us crammed in, with Lorna pulling out the bird drawers.”

Another highlight was shooting at the lush Hall’s Pond Sanctuary in Brookline, Massachusetts, near the 19th century home of Massachusetts Audubon Society co-founder Minna Hall. During the shoot, a great blue heron wading in the pond jabbed its beak forward to catch a fish, which is captured in the video.

In addition to Gibson’s straight-to-camera segments, animations, “B-roll” and historic footage help illustrate the story and its engineering mysteries: How do you precisely measure the acceleration and deceleration of the woodpecker’s head, and the force of impact, as its beak strikes a solid surface? Do the position and size of the brain inside the skull matter? How is the woodpecker’s brain different from a human’s and what would happen to a human brain if it experienced the equivalent blunt force?

“I was constantly trying to figure out how to explain the concepts well while making the science accessible,” Stier says. “I’d like to think you can dip your feet in, learn a bit of physics and mechanical engineering, and then want to watch more.”

Gibson hopes this inaugural effort at a miniseries will draw in “birders and people who like natural history.” If it is well received, she has more ideas she’d like to explore, perhaps creating a hybrid non-fiction video genre combining ornithology and engineering. “Feathers are amazing, and there are all sorts of engineering aspects involved,” she says. “There’s the mechanical piece of how feathers work to help birds fly, there’s the iridescent color produced by the internal structure of some feathers … plus, these are birds, and they’re beautiful.”