Building a foundation for tech startups 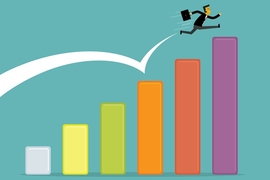 ↓ Download Image
Caption: Romulus Capital, a venture capital seed firm, controls $150 million in funds and other assets, having just raised a new fund of $75 million in June. Now the firm plans to fund 20 new startups, adding to its existing portfolio of 30 startups, many of which are MIT spinouts. 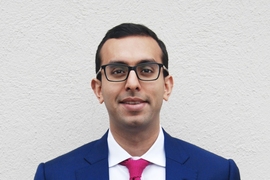 ↓ Download Image
Caption: In 2008, Krishna Gupta ’09 (pictured) launched Romulus out of his MIT dorm room, scraping together $850,000 to invest in tech startups launched by his classmates.
Credits: Courtesy of Romulus Capital

Caption:
Romulus Capital, a venture capital seed firm, controls $150 million in funds and other assets, having just raised a new fund of $75 million in June. Now the firm plans to fund 20 new startups, adding to its existing portfolio of 30 startups, many of which are MIT spinouts.

Caption:
In 2008, Krishna Gupta ’09 (pictured) launched Romulus out of his MIT dorm room, scraping together $850,000 to invest in tech startups launched by his classmates.

In 2008, Krishna Gupta ’09 launched Romulus Capital, a venture capital seed firm, out of his MIT dorm room, scraping together $850,000 to invest in tech startups launched by his classmates.

Today, Romulus controls $150 million in funds and other assets, having just raised a new fund of $75 million in June. Now Romulus plans to fund 20 new startups, adding to its existing portfolio of 30 startups, many of which are MIT spinouts.

That’s not bad for someone completely unfamiliar with the venture capital industry when he launched Romulus as an MIT junior studying materials science and management. “I knew nothing about venture capital, nothing of investing,” Gupta says. “All I knew was that I came to MIT to build a company … at the intersection of technology and business.”

Business news organizations are labeling Romulus as one of the world’s fastest growing venture capital firms, and have noted that it’s the largest venture capital firm worldwide managed by partners under the age of 30. (Gupta is 28, and the other Romulus partner, Neil Chheda, a Harvard Business School graduate, is 29.)

Romulus offers startups anywhere from $100,000 to $500,000 during the seed stage and Series A funding rounds, with a chance of scaling up to $4 million. Generally, the firm supports business-to-business startups innovating in traditional markets — such as real estate and the food industry — and research-driven startups focused on machine learning, artificial intelligence, big data, and other novel technologies.

The aim, Gupta says, is to provide startups with a “foundation” of valuable resources for early-stage ventures, including initial money and customers. “It’s like a building,” Gupta says. “You build a really strong foundation, and the building survives a lot of storms. A startup is similar to that. You get hit by a storm every day, and if you don’t have a strong foundation, you will [collapse].”

Indeed, “withstanding” is the concept behind the firm’s name, Gupta says: According to legend, Romulus founded the city of Rome around the 8th century B.C. “I thought of entities that survived the test of time — they all have good foundations,” Gupta says.

Romulus investors hail from across the globe — including the U.S., the U.K., the Middle East, Hong Kong, and India — and include several MIT Corporation members.

From a young age, Gupta was entrepreneurial-minded. At age six, he employed friends to sell handmade crafts around the neighborhood. Eventually, they collected enough to buy one package of peanut M&Ms, which they all shared. “That was my first taste of getting people together for a common commercial purpose,” Gupta recalls.

As an MIT student, Gupta pursued his entrepreneurial aspirations aggressively. He chaired the Sloan Undergraduate Management Association and became a member of the Entrepreneurship Club (E Club), “which was an important part of my entrepreneurship exposure at MIT,” Gupta says. Through the E Club, he learned the ropes from guest speakers and even found work as a salesman for a startup founded by an MIT Sloan School of Management student that sold cushion covers from India.

In his spare time, Gupta organized groups of MIT entrepreneurs on campus to flesh out business ideas. But seeing that venture capital firms weren’t willing to invest in early-stage ventures, Gupta figured he’d do it himself. “I was helping my friends think about early company creation,” Gupta says. “How do you hire early people, how do you pilot with initial customers, and how do you get that initial money, which is tens of thousands of dollars? And I said, ‘Let me start a business that does this.’”

That business was actually a venture capital firm, Gupta discovered. Over the next year and a half, Gupta reached out to investors, eventually cobbling together $850,000 from many MIT alumni and others. In 2008, while still living in the Baker House dorms, Romulus seeded its first startup, called E la Carte, founded by a former MIT PhD student, which develops tabletop tablets for restaurants, for patrons to pay bills and play games.

In the early days, Gupta would “camp out” at The Asgard restaurant on Massachusetts Avenue in Cambridge, helping the startup pilot its technology and holding business meetings. Today, E la Carte is cash-flow positive, with 100,000 tablets deployed in 2,000 locations across the country.

In 2009, Gupta quit his job at McKinsey & Company, a management consulting firm where he worked after graduating MIT, and worked on Romulus in the basement of his Cambridge apartment. In 2012, Romulus — then joined by Chheda — moved headquarters to Kendall Square and raised a second fund of $50 million.

Gupta cites E la Carte and Cogito as good examples of the commercial technologies that the firm usually attracts. “One [E la Carte] is tackling an old fashioned industry, and seeing how to create a solution for them; the other [Cogito] is a really deep research company finding an application for its technology,” he says.

Perhaps surprisingly, Romulus avoids funding newer, hyped technologies, such as virtual reality, drones, cybersecurity, and self-driving vehicles. The firm sticks to a strategy of building companies based on research or disruptive innovation for businesses-to-business markets, instead of betting on the next big consumer technologies. “We don’t do a lot of moonshots,” Gupta says. “We like to be able to engineer the growth of business.”

Now Romulus is also turning toward health care and biotech startups, which have seen a recent upsurge worldwide, especially in Kendall Square. This year, Romulus made its first investment in an Indian biotech company, Vyome Biosciences, for $2 million.

“If you look at what’s going in in life sciences broadly … it resembles the pace of innovation in the early days of the Internet,” Gupta says. “Today our fund is limited in how much it can invest in pure life sciences and pure health care, but we think it’s an avenue for us to go down in the near future.”