3Q: Dennis Frenchman on the rise of innovation districts in Cambridge and beyond 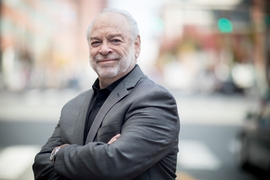 ↓ Download Image
Caption: Dennis Frenchman, the Class of 1922 Professor of Urban Design and Planning in the School of Architecture and Planning. 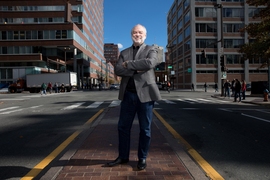 ↓ Download Image
Caption: Dennis Frenchman, the Class of 1922 Professor of Urban Design and Planning in the School of Architecture and Planning.

Caption:
Dennis Frenchman, the Class of 1922 Professor of Urban Design and Planning in the School of Architecture and Planning.

Cities around the world are redeveloping industrial areas, downtown districts, and exurban office parks with a mix of retail, housing, and the anchors of the new digital economy: startup incubators and co-working spaces. But beyond these basic ingredients, what makes a 21st-century urban neighborhood both a productive and an enriching place to live and work?

Dennis Frenchman, the Class of 1922 Professor of Urban Design and Planning in the School of Architecture and Planning (SA+P), has played a leading role in the design and development of innovation districts around the world, from Medellín, Colombia, to Seoul, South Korea. He has analyzed the technological, social, and economic factors of their evolution, and the planning and policy strategies that encourage the growth of these “productive neighborhoods.” Frenchman is currently leading SA+P’s DesignX program to accelerate innovation and entrepreneurship in design and the built environment.

SA+P asked Frenchman to share what he’s learned about what makes a successful innovation district, and to offer his perspective on what needs to happen to ensure that its economic and social benefits are widely distributed. He also weighed in on the innovation ecosystems of Cambridge and Boston, including The Engine, the new enterprise recently launched by MIT to support startup companies working on scientific and technological innovation with the potential for transformative societal impact.

Q: What is an innovation district? What would a visitor typically find there?

A: To understand innovation districts, we need to look back at the way we have organized ourselves in the past, and the ways in which cities have been formed by both economic and social forces, all wrapped up together.

In the 19th century, the neighborhoods where people lived and their places of work — factories, docks, shipyards — were very close to each other. That created a certain kind of city form. I’ve done a lot of work on Lowell, Massachusetts, and industrial mill towns, where you see this strong pattern. In the 20th century, with the advent of the automobile and other technologies, city planners advocated moving factories to the periphery of the city. We spent the whole 20th century separating places to live from places to work.

With the arrival of digital technology, all of those older systems are changing. The nature of work is changing. The first generation of digital natives is now entering the workforce. They are very entrepreneurial, and they have at their fingertips the means of production: With a laptop and a skilled person, you can produce enormous value. So what is the factory? Where is this value being produced, and how? The factories are now the urban places in which these folks socialize, live, and produce — make things. And that really is what a “productive neighborhood,” as I like to call it, or an innovation district, is all about.

So what do you see there? You definitely see housing and places for people to live. You see 21st-century industries clustering there, because they are following the talent. You see social spaces: a huge resurgence in restaurants, markets, and cafés. And you see laboratories, startup accelerators, and shared work space. Don’t think of this as an industrial district — it’s not an office park. It’s really a neighborhood in which a culture has emerged around this new kind of production and lifestyle. People are globally connected and producing very high-value products, and the production and the living are both occurring 24 hours a day.

Q: Are innovation districts emerging organically, or are they the product of active planning and specific policies?

A: It’s an emerging phenomenon, but planning can make it more inclusive, diverse, functional, and productive. We are just now inventing the public policy to take advantage of these trends. There’s a lot of existing policy that does not make innovation in the city very easy to do.

I’m an urban designer. Most of our current land-use regulation is built around zoning, which at its base is about separation of different uses. We have residential districts, commercial districts, industrial districts. But that isn’t the way cities are being formed now in these innovation districts. They are mixed-use in a fine-grained way. You have living space mixed with industry, as in the Brooklyn Navy Yard, for example. A lot of these things were not allowed in the past. The old regulations were all made for the 20th-century city. The main function of cities in the last century was consumption, and the suburbs were for living. Now people are moving back to the city to produce, and we have to think about how to do that in an inclusive way. Cities have to transform their public policy for the built environment to enable inclusivity to happen, starting with mixed-use zones.

Another core issue is diversity. One of the things that we’ve found here at MIT is that diversity — cross-currents of people, ideas, and experiences — is an essential ingredient in creation and innovation. But achieving that diversity won’t happen on its own. We need policy for inclusionary housing and working. We need to be pulling folks into this new economy who wouldn’t normally get into it. At MIT, it’s up to us to make sure that we’re engaging high school students, for example, and bringing people from disadvantaged backgrounds into this system.

In some places, this will take a long time to take hold. Other places provide opportunities because of their location and context, but may need a push. It took a long time to get the innovation district going on the waterfront in South Boston. The original vision was to simply have a lot of high-tech companies based there. But it needed more social life, more excitement. New housing is coming, and shopping is being built. It’s beginning to take on the characteristics of a productive neighborhood. But we have to be sure that all folks in South Boston are able to get jobs in this new economy. It has to be inclusive. Social values are also economic imperatives now.

Q: How will The Engine — MIT’s new venture to support transformative innovation — contribute to the growth of this kind of “productive neighborhood” in the city of Cambridge?

A: The Engine makes a lot of sense for MIT, but also for the innovation ecosystem developing in Boston and Cambridge. It’s a great move to put its headquarters in Central Square. MIT could play an incredible role in the transformation of that neighborhood. There is an intention in the forming of The Engine to try to do that, which is extremely positive.

Where you have schools surrounded by new investment these days, we’re seeing that the campus and neighborhood are merging together and becoming one thing. The campus is diffusing into the wider neighborhood as research and industry are attracted to the area. That’s why I think of it as a new form. The fact that The Engine is off-campus fits exactly the theory that the campus is beginning to dissolve into the city of Cambridge, socially if not legally. This is a cultural change. The new economy is beginning to take root.

Another thing that’s great about The Engine is that it’s providing a place for students to land and continue their innovation after they graduate. This aligns with what we are trying to promote in DesignX. Just as the physical campus is dissolving, so is the boundary of graduation. It offers a way for students to continue on with the innovation and entrepreneurship adventure. Increasingly we’re going to have to see education as a continuous platform at MIT and outside of MIT in different neighborhoods. Increasingly the campus will become part of its neighborhood. That's what I predict. And this is a way of remaking cities.

Real estate innovation by the numbers