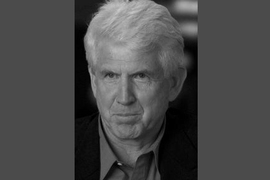 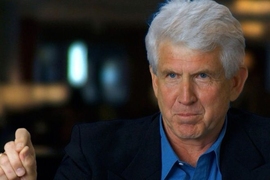 Ethernet co-inventor and 3Com founder Robert Metcalfe ’68 will become a visiting innovation fellow at MIT for one week a month during the 2015-16 academic year, engaging in entrepreneurship activities at the MIT Innovation Initiative and in the Department of Electrical Engineering and Computer Science (EECS).

Metcalfe, a professor of innovation in the Cocknell School of Engineering at the University of Texas at Austin, will engage with MIT students and mentor them in startup activities; participate in campus innovation events; hold office hours; participate in innovation roundtables; and serve as an advisor to the Lab for Innovation Science and Policy. He will play a significant role in helping to shape Start6, an EECS-launched workshop that immerses students and postdocs in innovation and entrepreneurship, providing them with the resources to translate their passion into needed technology solutions.

Start6 exposes graduate and undergraduate students, as well as postdocs, to various entrepreneurial paths. By meeting successful entrepreneurs and leaders in venture capital, students have the opportunity to broadly engage innovation resources at MIT and the supporting entrepreneurial ecosystem, so they can shape their own success.

“Innovation drives the virtuous cycle of freedom and prosperity,” Metcalfe says. “Startups out of research universities have proven to be among the most effective ways of innovating — startups built the Internet. It is exciting to have this opportunity to link the startup ecosystems of Austin and Boston.”

Metcalfe is a life member emeritus of the MIT Corporation — the Institute’s board of trustees — and an Internet pioneer: While a computer scientist at Xerox’s Palo Alto Research Center, he was the lead inventor of Ethernet. He then became an entrepreneur, founding and growing the multibillion-dollar networking company 3Com, now part of Hewlett-Packard. Metcalfe is a member of the National Academy of Engineering and, in 2005, received the National Medal of Technology.

“I have known Bob Metcalfe for more than 15 years, from when I served as associate department head in EECS,” MIT President L. Rafael Reif says. “Bob’s influence in today’s Internet-centered world is hard to overstate. He has a discerning mind that engages creatively on a very wide range of topics, and he asks the kind of tough questions that push you to imagine something entirely new. I have learned a great deal from Bob, and I believe others in our community will also enjoy and learn from his daring way of thinking.”

Innovation Initiative co-director Vladimir Bulović, the Fariborz Maseeh Professor of Emerging Technology and associate dean for innovation in MIT’s School of Engineering, says he looks forward to harnessing Metcalfe’s expertise in technology and entrepreneurship to further educate the next generation of global innovators.

“Since its founding, MIT has aspired to educate students at the intersection of theoretical and practical skills,” Bulović says. “Bob is an innovator who excelled in translating fundamental ideas into broad impact by connecting every aspect of the innovation ecosystem. His vast experience will bring enormous value to our students.”

For eight years, Metcalfe was publisher of “IDG InfoWorld,” writing a column that was read weekly by hundreds of thousands of information technologists. He has authored books including “Packet Communication” (PN, 1973) and “Internet Collapses and Other InfoWorld Punditry” (IDG Books, 2000). He is an emeritus partner of the Massachusetts-based venture capital firm Polaris Venture Partners.

Metcalfe earned two bachelor’s degrees, in electrical engineering and in industrial management, from MIT in 1969. He then went on to earn a master’s degree in applied mathematics and a Ph.D. in computer science from Harvard University.