Caption:
Justin Keenan (left) and Kevin Paroda of Pennsylvania State University are the 2015 $10,000 Lemelson-MIT "Use it!" undergraduate team winners.

The Lemelson-MIT Program today announced the winners of the Lemelson-MIT National Collegiate Student Prize Competition, a nationwide search for the most inventive team of undergraduate and individual graduate students. The Lemelson-MIT Program awarded $65,000 in prizes for inventions in the health care, transportation, food and agriculture, and consumer device spaces. Each winning team of undergraduates received $10,000, and each graduate student winner received $15,000. The winners of this year’s competition were selected from a diverse and highly competitive applicant pool of students from 28 colleges and universities across the country.

“This year’s Lemelson-MIT National Collegiate Student Prize Competition winners are inventors who recognize pressing issues and are pioneering concepts that will translate into impactful solutions,” said Joshua Schuler, executive director of the Lemelson-MIT Program. “Their work is as remarkable as their passion to mentor and inspire creative thinking among youth.” 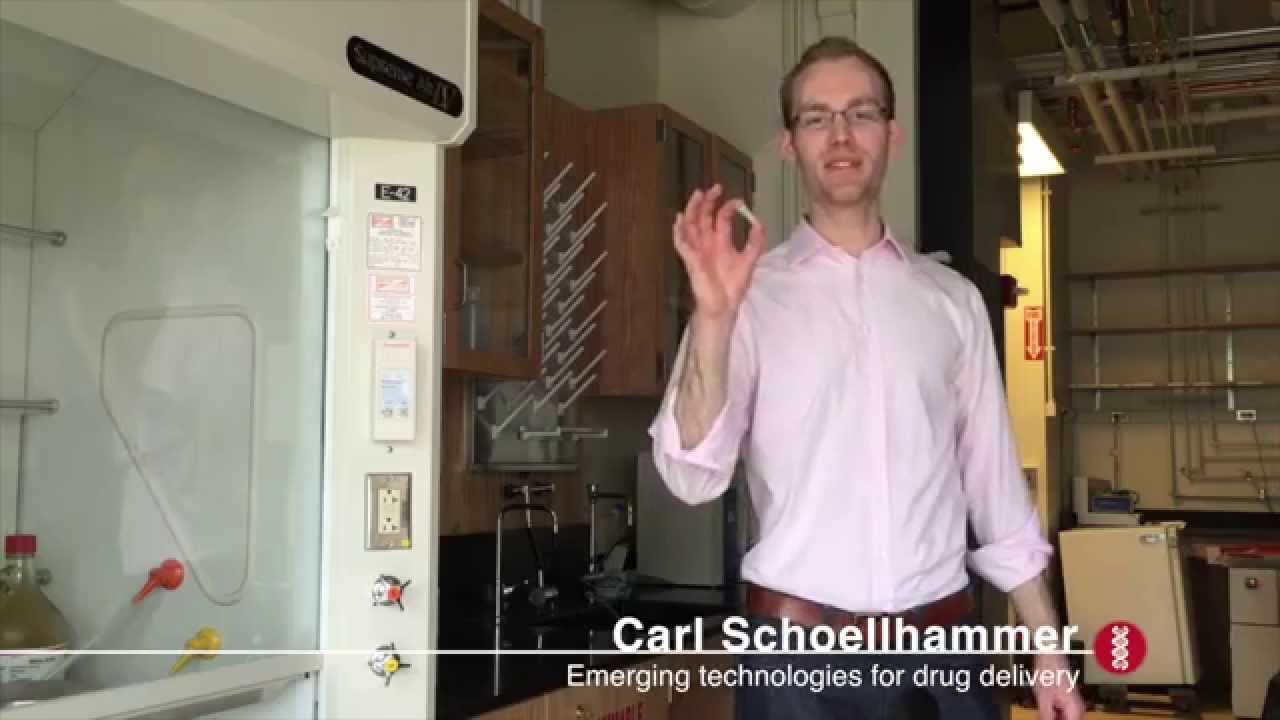 Stephen John and Joseph Barnett of Western Michigan University are the undergraduate team winners of the $10,000 Lemelson-MIT “Cure it!” Student Prize, which rewards students working on technology-based inventions that can improve healthcare. John and Barnett developed a device that provides respiratory support to infants by delivering pressure to prevent lung collapse. It is a simple, energy-efficient, safe, reliable, and inexpensive way to provide biphasic positive airway pressure and nasal intermittent positive pressure ventilation for hospitals with limited resources. The team seeks to equip medical centers in developing countries to deliver more comprehensive treatment for neonates struggling with respiratory distress syndrome.

Carl Schoellhammer of MIT is the graduate winner of the $15,000 Lemelson-MIT “Cure it!” Student Prize. Schoellhammer, a student in the MIT Department of Chemical Engineering, is developing two inventions that will drastically enhance pain-free drug delivery in patients via the gastrointestinal (GI) tract. His first invention, the Microneedle Pill (mPill), allows medicine that is traditionally administered by painful injection to be ingested orally. The ingestible capsule has small micron-scale needles protruding from it, which introduce the drug directly into the GI tissue in a painless and safe manner. His second invention, the Ultrasound Probe (uProbe), enables the fast, local delivery of therapeutics to the GI tract by using low-frequency ultrasound to physically drive medication into tissue painlessly.

Josh Siegel of MIT is the graduate winner of this year's $15,000 Lemelson-MIT “Drive it!” Student Prize, which rewards students working on technology-based inventions that can improve transportation. A typical car has hundreds of sensors and actuators for manufacturer use, but today, drivers are only able to access data for 23 standard parameters. As a pioneer in the “connected car” world, Siegel, a student in MIT's Department of Mechanical Engineering, is developing a system to access this “hidden” data through a car’s onboard diagnostics (OBD) port and connect this information to a common-cloud development app platform. Dubbed Carduino, his inventive hardware device enables users to access real-time data from all their cars’ sensors and actuators and develop apps that enable them to predict vehicle failures, provide remote control of vehicle functions, and crowdsource information such as traffic data and road conditions.

Alexander Richter of North Carolina State University is the winner of the $15,000 Lemelson-MIT “Eat it!” Student Prize, which rewards students working on technology-based inventions that can improve food and agriculture. Agricultural productivity must rise dramatically if the world is to grow enough food to meet the needs of the projected population in 2050. Yet despite the vast resources spent each year on crop protection applications, crop damage is estimated at 37 percent due to plant pests and diseases occurring to a large extend because of loss of pesticide efficacy related to pesticide clumping, drying, and runoff. Furthermore, today’s toxic and expensive pest control solutions can impact nature’s ecological balance and could pose untold long-term risks. Richter is developing a novel approach to delivering antimicrobial and antifungal pest control agents via lignin-core environmentally-benign nanoparticles (EbNPs). These biodegradable EbNPs could be the basis for reduced-risk conventional pesticide products that have the potential to reduce the amount of chemicals used in plant protection by as much as 90 percent, save farmers more than 25 percent on pest control initiatives, and, in a world facing looming food shortages, help increase crop yields for more and better food.

Justin Keenan and Kevin Paroda of Pennsylvania State University are the undergraduate team winners of the $10,000 Lemelson-MIT “Use it!” Student Prize, which rewards students working on technology-based inventions that can improve consumer devices and tools. Keenan and Paroda are roommates who are passionate about expanding the field of 3-D printing. They have created ECHOdrive, an aftermarket vacuum chamber build plate to automate the 3-D printing process. ECHOdrive is sold as an add-on to existing 3-D printers and allows continuous automated printing, mitigates warping of prints of all shapes and sizes, and boasts remote printing capabilities, eliminating the need for human / machine interaction. ECHOdrive also offers improved print quality over traditional aftermarket build plates. This technology is designed to attract those who cannot afford to purchase a new machine, but want to enhance their 3-D printing capabilities.

Applicants were evaluated by screening committees with expertise in the inventive categories as well as a national judging panel of industry leaders — who also select the annual $500,000 Lemelson-MIT Prize winner — from a variety of inventive disciplines. Screeners and judges assessed candidates on breadth and depth of inventiveness and creativity; potential for societal benefit and economic commercial success; community and environmental systems impact; and experience as a role model for youth.

The competition, supported by The Lemelson Foundation, builds on the legacy of the Lemelson-MIT Student Prize, which has served as a springboard for collegiate inventors for 20 years.

“It is both incredible and inspiring to learn of the societal contributions being made by our Student Prize applicants and winners,” said Dorothy Lemelson, chairman of The Lemelson Foundation.  “It is a privilege to be associated with each of them.”

Students interested in applying for the 2016 Lemelson-MIT National Collegiate Student Prize Competition can find more information on the competition website.

The Lemelson-MIT Program is also seeking partners with interest in sponsoring the competition, in addition to supporting the execution and scaling into any new categories. Interested sponsors should contact Joshua Schuler at awards-lemelson@mit.edu.

The Lemelson-MIT Program celebrates outstanding inventors and inspires young people to pursue creative lives and careers through invention. Jerome H. Lemelson, one of the United States' most prolific inventors, and his wife Dorothy founded the Lemelson-MIT Program at the Massachusetts Institute of Technology in 1994. It is funded by The Lemelson Foundation and administered by the School of Engineering at MIT, an institution with a strong ongoing commitment to creating meaningful opportunities for K-12 STEM education.

Based in Portland, Oregon, The Lemelson Foundation uses the power of invention to improve lives. Inspired by the belief that invention can solve many of the biggest economic and social challenges of our time, the foundation helps the next generation of inventors and invention-based businesses to flourish. The Lemelson Foundation was established in the early 1990s by Jerome and Dorothy Lemelson. To date the foundation has made grants totaling more than $185 million in support of its mission. For more information, visit lemelson.org.

ChemE graduate student Carl Schoellhammer has won the $15,000 Lemelson-MIT National Collegiate Student Prize for his Microneedle Pill, which can deliver injectable medications without a syringe. As Sarah Hedgecock at Forbes notes, “The stainless-steel, needle-spiked capsule is filled with the desired medication in the needed dose.”