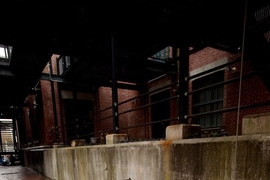 Judith Layzer, a professor at MIT and an accomplished scholar who produced influential work on environmental policy and politics, died Thursday after an extended illness. She was 53.

Layzer had been on the faculty of MIT’s Department of Urban Studies and Planning (DUSP) since 2003, and had served as associate head of the department since 2014.

Layzer’s research explored the politics of environmental policies, and the role of science in shaping public debate on these matters. Scientific evidence, as she detailed in many of her writings, provides a powerful foundation for environmental advocacy — but policies do not always simply follow from that science, she noted, since disputes over the environment are often contested between groups with differing or opposing values. In this context, Layzer concluded, the quality of environmental advocacy matters greatly.

For instance, those combating climate change — a position Layzer supported publicly — needed a “politically compelling story” to gain more support, as she wrote in a Boston Review article in 2012.

“You have to fight ideas with ideas,” Layzer added in a 2013 interview with MIT News.

Within the field of environmental policy and politics, Layzer’s work ranged widely across topics, including clean air and clean water regulations, land protection, species conservation, and climate change. She had also become increasingly focused on issues of urban sustainability, including studies of food systems.

Layzer’s colleagues remember her as a person driven by a strong sense of ethics and possessing exceptional intellectual qualities.

“Besides being a brilliant scholar and exceptional writer, Judy was also a dedicated — and demanding — teacher,” says Professor Eran Ben-Joseph, head of the Department of Urban Studies and Planning. “She was an inspiration and a role model precisely because she expected the best from her students, her colleagues, and herself. She was tough, but always fair; stern, but always caring.”

Ben-Joseph adds: “Judy was motivated by intellectual curiosity and a zest for academic inquiry, but more importantly she was driven by an underlying sense of ethics and a core belief that we would be wrong — period, no qualifiers — to destroy the planet and its natural systems. She was a true friend who would often make you laugh and a scientist who would always make you think. She was a person of genuine integrity who will be sorely missed.”

Layzer received her undergraduate degree in economics from the University of Michigan in 1983, and her PhD in 1999 from MIT’s Department of Political Science. Her doctoral thesis, “Sense and Credibility,” examined a series of environmental-protection disputes, ranging from the controversy over acid rain to restoration of the Florida Everglades.

In her work, Layzer detailed how science is a foundation for environmental advocacy, while noting that policy decisions are often settled by the relative strengths of the opposing coalitions. However, science-based advocacy, she asserted, can influence the strength of those opposing groups.

Her thesis research became part of her first book, “The Environmental Case: Translating Values into Policy” (CQ Press, 2002), an influential work now in its third edition; Layzer added considerable new material, on climate change and other topics, to the later editions.

Layzer’s second book, “Natural Experiments” (MIT Press, 2008), examined whether recent approaches to conservation across the U.S. have been effective; she concluded that some of these programs are less likely to produce environmental improvements than policies enacted through traditional top-down political means.

In her 2012 book, “Open for Business” (MIT Press), Layzer examined how conservatives sometimes have succeeded in environmental debates by tapping into, among other things, public mistrust of regulation to argue for opening up federal lands for further development.

Layzer taught at Middlebury College from 1998 until 2003, when she rejoined MIT as an assistant professor in DUSP. She was promoted to associate professor in 2007, and to full professor in 2014; she also became head of MIT’s Environmental Policy and Planning Group in 2010.

Layzer gave talks at academic and policy conferences both around the U.S. and internationally. Awards she received included the Lynton B. Caldwell Prize for best book in environmental politics and policy; the John C. Donovan Prize for Best Paper, awarded by the New England Political Science Association; the 2013 DUSP Graduate Student Council Advising Award; and the 2008  MIT Graduate Student Council Teaching Award.

Layzer supervised or read dozens of master’s and PhD theses in DUSP, and taught a wide range of courses, including the popular course 11.002J (Making Public Policy), as well as others on science and politics, energy politics, ecosystem management, and food systems.

Outside the classroom, Layzer was known to friends (and competitors) as a world-class ultimate frisbee player. The Boston-based club team she played for, known as “Lady Godiva,” won the U.S. national championship seven times between 1995 and 2002, and won the world championship in 1998.

Layzer is survived by her parents, David and Jean Layzer, and by her four siblings: Carolyn, Emily, Nicholas, and Jonathan. Donations in her memory can be made to Grub Street to support an innovative, rigorous, and welcoming community for writers.

The right’s resistance to regulation

The politics of climate fixes