We are in the midst of a “Mars moment.” This fall, the Matt Damon film, "The Martian," a story about a stranded astronaut who must learn to survive on Mars, grossed a whopping $55 million at the box office in its opening weekend. The same week, scientists breathlessly revealed the discovery of liquid water on Mars, raising the possibility that life might yet exist there.

But what would it actually take to support human life on the Red Planet?

An MIT group including 10 students took up the challenge to answer that question last month in a competition co-sponsored by NASA to build a habitat that could be used on Mars in just 20 years — in 2035. “That is a pretty aggressive timetable,” notes Caitlin Mueller, an assistant professor in building technology and director of the Digital Structures group — all the more so since the distance to Mars and the fuel required to get there means travelling as light as possible. 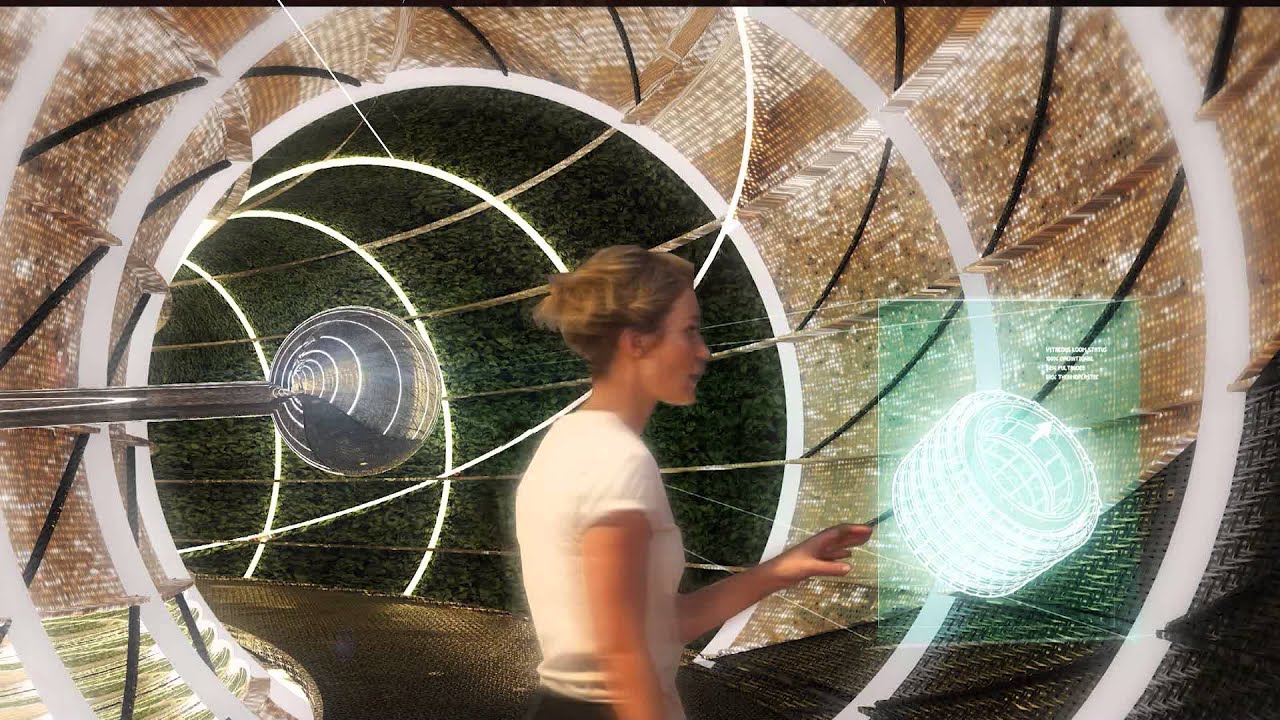 In order to cut down on transport costs, NASA is pushing the use of 3-D printing technology using indigenous materials. The “3-D Printed Habitat Challenge,” also co-sponsored by the National Additive Manufacturing Innovation Institute (known as America Makes), offered $25,000 to the winning design at a competition at the New York City Maker Faire on September 26-27 — part of a $2.25 million challenge over the next few months.

“Thinking about it was really fun because you really are starting from scratch,” says Mueller. Mars has only a third of the gravity of earth, and temperatures of below zero for most of the year. The biggest issue, however, was the lack of atmosphere, which means that any structure will have to be massively pressurized from within to withstand the vacuum of the space.

Far from discouraging team members, those limitations stoked their creativity. “Paradoxically, being in an alien environment in the future frees us up to be a little more conceptual,” says Justin Lavallee, technical instructor and the director of the Architecture Shops at the School of Architecture, who collaborated with Mueller on the project. “We can be a little more exploratory without being so bogged down in current understanding of what will and won’t work in architecture.”

Mueller has been experimenting with new methods of 3-D printing that follow the stress-lines of structures rather than printing in horizontal layers. Lavallee has been working with new thermoplastic composite materials. Together, the two pooled their expertise to create a 3-D printer that could pull the composite material through a nozzle and shape it while weaving it together with fiberglass to give the form strength and shape.

Mueller and Lavallee were helped in their task by students in disciplines ranging from architectural design to computer engineering. “It wasn’t just us teaching them how to build a structure on Mars, because none of us know how to do that,” says Mueller. “We were figuring it out together.” For inspiration, students watched science-fiction films including "2001" and "Gravity," as well as episodes of the futuristic British series "Black Mirror," says master's of architecture student Nicole Ashurian. “They were great inspiration, but they were scary too,” she says. Confronted with the vastness of space, the group placed emphasis on creating a habitat that would be equally comfortable as functional. “We decided we needed to bring some humanity to Martian space,” she says.

They settled on a toroidal form — in lay terms, a donut — that could both be evenly inflated with pressurized air, and also form continuous living environment with spaces for privacy. While Ashurian has been developing experience designing structures, the Martian environment was a drastic departure from the usual site challenges. “You have minor variances sometimes, up in the mountains, or where it’s really hot, but never do we have to question the atmosphere,” she says. “We were really dependent on the engineering students to help fill us in.”

One of those students, undergrad Mitchell Gu, who majors in electrical engineering and computer science, was instrumental in providing the technical analysis to prove whether the design and construction was feasible. “One of the concerns we had was that the sand on Mars does not contain enough silica to create glass,” he says, by way of example. Luckily, the team was able to find a spot on the Red Planet nicknamed Silica Valley, where a Mars rover had found more than 60 percent silica in the soil. Gu and the other team members found a way to synthes ize the polypropylene needed to make the thermoplastic composite form hydrogen and carbon dioxide in the Martian atmosphere.

The team pulled all of their collective knowledge into a presentation for a design they called Ouroboros, after the Ancient Greek symbol of a snake eating its tail, and featuring illustrations that would be at home on the cover of an Isaac Asimov novel. “It was somewhere in-between working on a science fiction book and an architectural design competition, with some real engineering computation as well,” Mueller says. “It was really like what MIT is all about,” she adds, “bringing together many different areas of expertise to create something really innovative.”

The second stage of the contest submission involved creating a model of the habitat. Lavallee pulled out all the stops in the architecture shop, machining metal, sandcasting aluminum, and printing thermoplastics to approximate the structure. “Many of the projects we work on focus narrowly on one tool or one machine,” he says. “This was exciting because it demonstrated how we could bring all of our capabilities to bear.”

Finally, the moment of truth came when the team headed down to New York to face off against some 30 other designs — most of them by professional architecture and design firms.

In fact, of the 41 students who took part in the competition, nearly a quarter of them were from the MIT group. Undergraduate and graduate student members of the MIT team are: Nicole Ashurian,Ethan Bian, Alexandros Charidis, Chrystal Chern, Sean Phillips, Minxuan Gu, Sayjel Patel, Samuel Schneider, and Stavros Tseranidis.

When all of the space dust had settled, another design was chosen for the $25,000 prize. But that doesn’t mean that the experience didn’t have value, says Mueller. “Of course, we are disappointed that we didn’t win, but pretty quickly in the process, it became more than just about winning this particular prize,” she says.

Both she and Lavallee developed ideas about 3-D printing that they are planning on implementing in their own research and teaching. “Thermoplastics are the future of composites,” Lavallee says. “It was exciting to get some hands-on experience with this new system.” And they are already considering entering the next two phases of the competition to create full-scale structural components and an entire habitat, each of which includes $1.1 million in prizes.

For team member Mitchell Gu, meanwhile, the competition has inspired loftier dreams. The experience ignited his own love of space to cause him to consider a career in interplanetary architecture that may one day find him building on the Red Planet for real. “It made me realize that perhaps there is a new Mars age we are entering similar to the Moon Age,” Gu says. “That is something that would be really special to be a part of.”

To save on weight, a detour to the moon is the best route to Mars

Mars One (and done?)