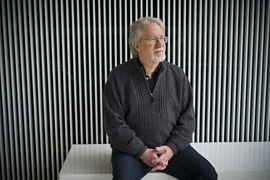 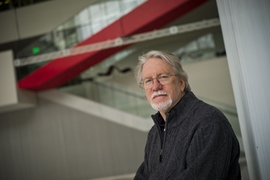 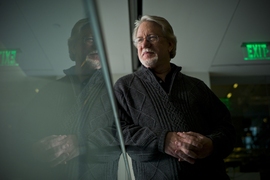 During the 2012 election season, Edward Schiappa closely watched the campaign in his longtime home of Minnesota, where voters were entertaining a measure called Amendment 1. A “yes” vote would have changed the state constitution to make marriage legal only between a man and a woman; a “no” vote would have been a move in favor of gay rights.

“Going into the 2012 election, I was not at all optimistic about the results,” says Schiappa, then a professor of communications at the University of Minnesota, who favored a “no” vote. After all, the “yes” campaign led in many polls late into the summer. But the momentum then shifted: The “no” side starting gaining traction, and on Election Day, Minnesota voters voted “no” by a 51-47 margin.

“I was watching the Minnesota campaign thinking, ‘They’re blowing it,’” Schiappa recalls of the amendment’s opponents. “But in fact they did exactly the right thing. They had a much stronger ground game, they enlisted a lot of religious leaders … and they reframed the debate [toward] family values, that this is promoting love and companionship and family. And history was made.”

Schiappa has a keen understanding of another factor behind the “no” vote on Amendment 1: mass media and popular culture. Nearly a decade earlier, in multiple papers, Schiappa and a pair of colleagues had been among the first scholars to present empirical evidence suggesting that television shows featuring gay characters, such as “Will & Grace” were creating more positive attitudes about gays in the minds of the general public. Indeed, they found, this change “was most pronounced for those with the least amount of social contact with lesbians and gay men.”

A decade before that, in the 1990s, few people could have foreseen that Schiappa would be studying contemporary mass media. He established his academic reputation as a scholar of ancient Greek rhetoric, writing three books on the subject. Schiappa’s breadth of knowledge and appetite for new types of inquiry are two reasons he is now serving as head of MIT’s section in Comparative Media Studies/Writing, having joined the Institute in 2013 as the John E. Burchard Professor.

“Rhetoric has been understood primarily as about persuasion, and that is a huge topic,” he explains. “Ancient rhetoric was when thinkers first explored the relationship between language and thought, and the role of ‘reasoned speech’ in collective decision-making. Those issues are still central to communication studies today. … So for me, there was never a disconnect between the study of classical and contemporary rhetorical theory.”

Growing up in Manhattan, Kan., Schiappa knew he would end up in a classroom. He just didn’t know it would be at the university level.

“Starting in high school I knew I wanted to be a teacher, and as I worked my way through college I planned to be a high-school teacher and debate coach,” Schiappa explains.

But as he was finishing his undergraduate degree in 1980, Schiappa says, “I was offered a position to coach the debate team at Kansas State University. It took only a few months for me to realize I really enjoyed teaching college students, and I’ve never looked back.”

Schiappa enrolled in a master’s program at Northwestern University, which has a leading debate program, “thinking I would get a quick master’s degree, then return to K-State.” That isn’t quite what happened: As a graduate student, he “discovered how much I enjoyed research and writing.” He also happened to be fascinated by the Greek Sophists, pioneers of classical rhetoric — partly spurred by a bestseller from the 1970s, “Zen and the Art of Motorcycle Maintenance,” which discusses the Sophists.

After receiving his PhD from Northwestern in 1989, Schiappa taught at Kansas State and Purdue University before joining Minnesota in 1995. While much of his research at the time focused on Greek rhetoric, Schiappa’s interests also started shifting into the contemporary era. His methods have also evolved, to include quantitative audience measurement as a tool for understanding the effectiveness of mass-media communication.

“What I have tried to bring to the table is a mix of comparative methods that combines the best insights from both approaches,” Schiappa explains. “So we can analyze and critique individual shows like ‘Will & Grace,’ but also step back and talk with audiences and do surveys that can help us understand the important cultural work such a show does.”

Schiappa’s mass-media studies are also interdisciplinary in nature. While studying “Will & Grace” and other shows, including “Six Feet Under” and “Queer Eye for the Straight Guy,” Schiappa and his colleagues formulated what they call the “parasocial contact hypothesis,” which suggests that media content can influence social attitudes, much as direct human interaction does.

The idea links a pair of ideas from psychology — Schiappa started college as a psychology major — known as “parasocial contact” and “contact hypothesis.” “I think it’s important for communication scholars to be aware of work that’s being done in other disciplines,” Schiappa says.

Schiappa says he enjoys teaching, and encourages students to work on research with him, when possible; one of his books was co-authored with a former student. “I’ve been teaching long enough now that it’s enormously satisfying to hear from students I’ve had, in some cases decades ago, [and] to know you positively influenced students,” Schiappa says.

And while Schiappa was content at Minnesota, he is enthused about the challenges of his still-new position at the Institute.

“It was a fortuitous coming together of my background and MIT’s needs,” he says. “I’m happy to be here.”

In an NPR piece about diversity in sci-fi, Jeff Young highlights a study by Prof. Edward Schiappa that found TV viewers became more accepting after watching shows that introduce them to different cultures. "At this point, it's a pretty unequivocal finding that TV can affect how people feel and think about others," says Schiappa.