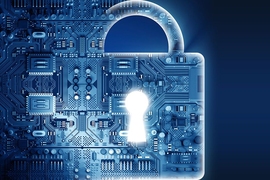 In recent months, government officials in the United States, the United Kingdom, and other countries have made repeated calls for law-enforcement agencies to be able to access, upon due authorization, encrypted data to help them solve crimes.

Beyond the ethical and political implications of such an approach, though, is a more practical question: If we want to maintain the security of user information, is this sort of access even technically possible?

That was the impetus for a report — titled “Keys under doormats: Mandating insecurity by requiring government access to all data and communications” — published today by security experts from MIT’s Computer Science and Artificial Intelligence Lab (CSAIL), alongside other leading researchers from the U.S. and the U.K.

The report argues that such mechanisms “pose far more grave security risks, imperil innovation on which the world’s economies depend, and raise more thorny policy issues than we could have imagined when the Internet was in its infancy.”

The team warns that rushing to create a legislative proposal is dangerous until security specialists are able to evaluate a comprehensive technical solution that has been carefully analyzed for vulnerabilities.

In October, FBI Director James Comey called for what is often described as “exceptional access” — namely, that computer systems should be able to provide access to the plaintext of encrypted information, in transit or stored on a device, at the request of authorized law enforcement agencies.

The research team outlines three reasons why this approach would worsen the already-shaky current state of cybersecurity.

First, it would require preserving private keys that could be compromised not only by law enforcement, but by anyone who is able to hack into them. This represents a 180-degree reversal from state-of-the-art security practices like “forward secrecy,” in which decryption keys are deleted immediately after use.

“It would be the equivalent of taking already-read, highly sensitive messages, and, rather than putting them through a shredder, leaving them in the file cabinet of an unlocked office,” Weitzner says. “Keeping keys around makes them more susceptible to compromise.”

“Given that the new mechanisms may have to be used in secret by law enforcement, it would also be difficult, and perhaps illegal, for programmers to even test how these features operate,” Weitzner says.

Third, special access in complex systems like smartphones would create vulnerable “single points of failure” that would be particularly attractive targets for hackers, cybercrime groups, and other countries. Any attacker who could break into the system that stores the security credentials would instantly gain access to all of the data, thereby putting potentially millions of users at risk.

Earlier this spring, the head of the National Security Agency pushed back against assertions that the U.S. government was advocating for a “backdoor,” instead suggesting a “front-door” method of unlocking a device using a digital key that is divided into multiple pieces. But researchers argue in the report that such methods “make an attacker’s job harder [but] not impossible,” and require that mechanisms be decidedly more complex to implement.

Weitzner says that while he recognizes the desire to be able to recover relevant information to solve crimes, he views government eagerness for access as a perilous example of putting the cart before the horse.

“At a time when we are struggling to make the Internet more secure, these proposals would take a step backward by building weakness into our infrastructure,” Weitzner says. “It’s like leaving your house keys under the doormat: Sure, it may be convenient, but it creates the opportunity for anyone to walk in the door.”

In an article for The Washington Post, Daniel Weitzner writes that the U.S. government should respond to greater calls for access to communication and data in the wake of the Paris terrorist attacks by “strengthening the public policy framework that governs surveillance, both domestically and globally.”

Larry Greenemeier writes for Scientific American about why government agencies want access to encrypted data, highlighting a report co-authored by MIT researchers that warns against providing special access. The researchers argue that providing access would “make software and devices much more complex, difficult to secure and expensive for tech companies to maintain."

Government proposals for access to data would put digital communications at risk, according to a paper by CSAIL security experts. The New York Times’ Nicole Perlroth calls the report “the first in-depth technical analysis of government proposals by leading cryptographers and security thinkers.”

Cat Zakrzewski writes for TechCrunch that a new report co-authored by MIT researchers details how giving law enforcement agencies access to encrypted communications could pose security risks. The report, “tells us that a backdoor for the government and law enforcement also provides an opening that could be exploited by hackers.”

Danny Yadron, Damian Paletta and Jennifer Valentino-Devries write for The Wall Street Journal that in a new report MIT cybersecurity experts argue that allowing governments access to encrypted data is “technically impractical and would expose consumers and business to a greater risk of data breaches.”