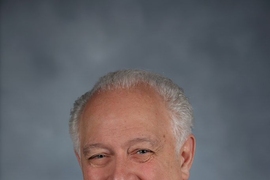 In an email to the MIT community, Barnhart said that Colombo will continue to serve as dean until a successor is appointed, and will then serve as an advisor to her until June 30, 2016.

“With this step, Chris will complete a remarkable, 40-year career of service to undergraduate and graduate students at MIT, Columbia, and Johns Hopkins,” Barnhart wrote. “He has been a mentor and coach to many student affairs professionals; today, the profession is populated with these individuals in senior positions at many universities.”

At MIT, Colombo has led the Division of Student Life (DSL), which includes the Department of Athletics, Physical Education and Recreation (DAPER) as well as the Institute’s offices of Residential Life, Student Development and Support, and Religious Life. The dean for student life oversees a staff of more than 400, working to ensure the Institute’s commitment to a well-integrated student-life program that values both formal and informal learning.

“From the beginning, Dean Colombo and his wife, Bette, committed themselves completely to the MIT community, not only through his role as dean, but through their shared service as housemasters at Next House,” MIT President L. Rafael Reif says. “We are grateful to them both for making a difference in the lives of so many students.”

“It has been a great honor to serve MIT as dean for student life, and I am proud that my team has been able to enhance the student experience,” Colombo says. “I would like to thank the MIT leaders who made my time at MIT personally and professionally rewarding.”

During his tenure at MIT, Colombo has also overseen the drafting of an updated DSL strategic plan; implemented assessment initiatives within his division; and placed an emphasis on multiculturalism and diversity. Under his leadership, DSL conducted an extensive review of its housing, athletic, and campus activities facilities, which will be used to prioritize campus buildings for infrastructure renewal.

Prior to joining MIT in 2008, Colombo served for 10 years as dean of student affairs at Columbia University’s two undergraduate schools. Before that, he was Columbia’s dean of undergraduate admissions and financial aid from 1995 to 1998, and dean of students for Columbia’s School of Engineering and Applied Science from 1992 to 1995. Colombo worked at Johns Hopkins University in a variety of positions from 1975 to 1992.

Barnhart announced that she will form a search committee, and charge it with recommending a list of candidates; she also welcomed suggestions from the community. Comments or suggestions may be sent via email to studentlife-search@mit.edu.