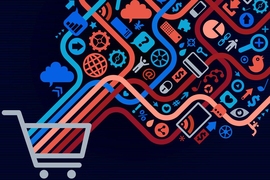 U.S. retail chains often rely on intuition in choosing which products, from a vast inventory, will sell best at stores across the nation. Now MIT spinout Celect is refining this process with novel data analytics, revealing interesting insights into how retailers can optimize their shelf space.

Powered by the professors’ algorithms for improving Netflix’s recommendation engine and predicting trending Twitter topics, the software compares items located near each other in an individual store, and statistically finds which will sell better, based on sales records. Analyzed at scale — over thousands or millions of product comparisons — this shows the buying preferences of customers, as a population.

“We basically create a bag of comparisons and convert that into a black box … known as our customer-choice engine,” says Shah, an associate professor of electrical engineering and computer science, and chief science officer at Celect.

Retailers then plug budget, shipping, and other parameters into the software’s interface. The software takes these into consideration, while analyzing the assortment and prices of items in the store, shelf space, and other parameters to find the optimal mix of items to stock. Results will indicate how many items will sell, and the overall profit: An expensive item with a low likelihood to sell, for instance, may be marginally better for the bottom line than a low-cost top seller.

“It’s very complicated behind the scenes. But at the end of the day it’s doing something very simple: tracking who wants to buy what, and matching the product with the person,” says Farias, the Robert N. Noyce Career Development Associate Professor at the MIT Sloan School of Management and Celect’s chief technology officer.

Launched in 2012, Celect now has eight big-name retail clients, some with several hundred stores across the nation. Last month, it raised its first round of $5 million from venture capitalists.

So far, Celect’s software has provided some interesting insights into why products may or may not move off the shelves.

Recently, a Midwest retailer using Celect learned that it needed to stock, of all things, church hats. Using Celect software, the retailer’s analysts noticed people buying soccer shorts and certain watches in some stores were also buying fancy hats for church. Church hats weren’t on sale at one particular store, so the chain stocked those hats, which sold rapidly. Now, the retailer plans to incorporate the software across its 270 branches nationwide.

This type of insight is possible through comparisons between sales data in different stores, Shah explains. Say, for example, store A and store B stock many similar items, but store A stocks one extra item not found in store B. Celect may find customers have very similar buying patterns in stores A and B, but are also buying that extra item in store A.

“We can extrapolate that people in store A will have similar buying preferences on that absent product,” Shah says. “If the connection is strong enough, we recommend that missing item be stocked.”

More recently, another retailer using Celect assumed that because a certain article of clothing was old, it sold less than newer clothing. But Celect’s data analysis revealed that this was not the case: The popularity of the item depended entirely on its color. The popular colors were grabbed up quickly, while the less popular colors remained on the shelves for months.

“Those kind of features just pop out of the data,” Farias says.

Celect’s core technology traces back a decade, to when Farias and Shah sought to improve recommendation engines used by Pandora, Netflix, and other online services by predicting preferences based on paired comparisons of movies and products.

In a series of papers from 2008 to 2011, Farias and Shah described an algorithm that used this choice model, as opposed to, say, a five-star scale used by Netflix to better predict people’s preferences. In 2012, they used the algorithm to predict trending topics on Twitter topics with 95 percent accuracy, up to four or five hours before they trended.

But a case study published in 2011 in Management Science demonstrated the algorithm’s potential for real-world, commercial application by better predicting car-buying preferences.

In that study, Farias, Shah, and colleagues collected transaction data over 16 months on a specific SUV offered at dealerships across the Midwest. This data included the time of sale, and the descriptions — including color and features — of the car sold and other cars on the lot at that time.

The algorithm predicted the “conversion rate” — turning an arriving customer into a buying customer — about 20 to 40 percent better than two other choice models. The algorithms relied on building a “choice model” — predicting the assortment of cars that needed to be on the lot, along with the SUVs, in order to get customers to buy.

From there, it was an easy transition to retail, where paired comparisons are plentiful and technology is lacking, Farias says. “We realized this is not an issue that has to do with just cars, but fundamental to all choices,” he says.

But to develop the software for clients, the researchers needed to simplify — because computing millions of comparisons would be too complex for a personal computer. To do so, the data uses a subset — the smallest group of orderings that fit the available data — of choice patterns. From that, it can winnow down the orderings to data that can be crunched with a personal computer. “We could bring that model to scale,” Shah says.

Today, Celect is focused on growth in its Boston headquarters. The company has attracted top engineers from MIT, other institutions, and technology firms; its management team includes retail industry stalwarts.

But Farias and Shah agree that Celect wouldn’t be possible without the help of MIT’s entrepreneurial ecosystem, including support from MIT Sloan and the Department of Electrical Engineering and Computer Science (EECS) in spinning the complex technology out of the lab.

“MIT Sloan and EECS are proud of us taking research out there and making an impact,” Farias says. “The whole ecosystem was tremendously helpful.”

As a first-time entrepreneur and longtime engineer, Shah is particularly excited about turning MIT science into a product with the potential to impact businesses. “Sometimes you can make a user model from great science, but it won’t have a big business impact. Sometimes you can make a big business impact with simple app,” he says. “This is a situation where they’re both coming together.”