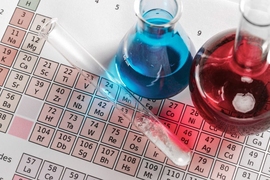 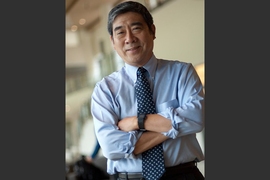 Writing in the journal Nature Chemical Biology, researchers at the University of California at Berkeley have announced a new method that could make it easier to produce drugs such as morphine. The publication has focused attention on the eventual possibility that such substances could be manufactured illicitly in small-scale labs. Political scientists Kenneth Oye and Chappell Lawson of MIT, along with Tania Bubela of Concordia University in Montreal, authored an accompanying commentary about the regulatory issues involved. Oye answered questions on the subject for MIT News.

Q. What is this significant new advance?

A. All of the steps needed to create a pathway in yeast capable of producing morphine from glucose have now been realized. Specifically, on May 18, the Dueber lab at the University of California at Berkeley published an article in Nature Chemical Biology on a pathway from glucose through norcoclaurine / norlaudanosoline to (S)-reticuline. The Faccini lab at the University of Calgary has worked on epimerization of (S)-reticuline to (R)-reticuline. Last month, the Martin lab at Concordia University published an article in PLoS One on a pathway from (R)-reticuline through thebaine to morphine. Independently of these efforts, the Smolke lab at Stanford University has been developing yeast-based pathways for opiate production for over eight years.

In short, an integrated glucose-to-morphine pathway in yeast is now feasible, with substantial potential benefits. Drug developers are testing novel analgesics that may be safer and less addictive than traditional opiates. Because yeast-based opiate-production pathways may be altered more easily than pathways in opium poppy, the work of these groups may prove useful in the production of these next-generation analgesics.

Q. Why should it be regulated?

A. The development of yeast-based opiate-production platforms presents significant challenges to public health and safety. Opiates now reach illicit markets through two principal channels: First, legal prescriptions for oxycodone, hydrocodone, and other opiates are commonly diverted to unauthorized use. Second, illicitly cultivated opium poppies in Afghanistan, Myanmar, Laos, Mexico, and other countries are processed into heroin, and distributed by criminal networks.

Yeast-based opiate synthesis could create a third pathway of decentralized, small-scale production. Because yeast is easy to conceal, grow, and transport, law enforcement and criminal syndicates would both have difficulty controlling dissemination of an opiate-producing yeast strain. The essentials of yeast cultivation are well understood by home brewers, and fermentation equipment is inexpensive and widely available.

Access to low-cost opiates would increase opiate use and abuse. The legal sale of tincture of opium in the late 19th and early 20th century led to widespread addiction. Likewise, rates of addiction to prescription opiates surged when new painkillers became more widely available and fell somewhat when additional restrictions were imposed. More generally, increased access to other addictive substances, such as methamphetamine, has been associated with increased use. Yeast-based production of opiates would thus be likely to increase the number of opiate users and addicts.

Q. Which regulatory principles, or policy specifics, are most suited to this case?

A. As they were submitting their articles to journals, the Dueber and Martin labs asked Tania Bubela of Concordia University, Chappell Lawson of MIT, and me to develop recommendations on how to address risks associated with their opiate-synthesis work. Our policy recommendations are designed to allow potentially beneficial research while limiting the likelihood of unintentional release of an opiate-producing yeast strain. We offer four basic recommendations and a fifth observation.

Finally, the case of opiate synthesis in yeast should be viewed in light of two broader trends. One is that the field of biological engineering is now moving very quickly. New tools like CRISPR, used for gene editing, are more efficient, and inventories of biological parts suitable for repurposing are now useful in a practical way. Results that were once an abstract possibility are being realized — gene drives, human germline modification, and opiate synthesis are examples.

Another is that technologists developing these powerful applications are now stepping forward early to encourage discussion of benefits and risks before, rather than after, the fact — early enough to conduct research to address areas of uncertainty, early enough to identify gaps in domestic regulations and international conventions, and early enough to have a deliberate and informed discussion of risks. Prominent scientists have stepped forward early in the case of opiate synthesis, gene drives, and human germline modification. Furthermore, the National Science Foundation, the Sloan Foundation, and other funders have provided support for precisely this sort of responsible engagement.

The particulars of the opiate synthesis case are significant. But these two more general trends are the important larger story.

Prof. Kenneth Oye speaks with NPR’s Michaeleen Doucleff about the need for government regulation for bioengineered microbes that could be used to produce drugs like heroin. "Once a robust, easy-to-grow, heroin-producing yeast strain is out there, its control would be, in my view, virtually possible," Oye says.

Professor Kenneth Oye co-authored a commentary that urges regulators to work to prevent abuse following a study that finds that opioids can be home-manufactured by genetically engineering yeast, reports Eryn Brown for The Los Angeles Times. “[A]ll of these technical steps should be done beforehand,” says Oye. “Afterwards, it's too late."

Donald McNeil writes for The New York Times about a commentary coauthored by Professor Kenneth Oye on advances that could make it possible to produce morphine using genetically modified yeast. Oye argues for “locking up the bioengineered yeast strains and restricting access to the DNA that would let drug cartels reproduce them.”

Rachel Feltman writes for The Washington Post about a commentary by Professor Kenneth Oye that calls for regulation of genetically modified yeast that could potentially produce opiates. “It’s not like tomorrow someone’s going to have a fully integrated, one-pot pathway to go from sugar to morphine,” says Oye. “But it’s coming.”

Professor Kenneth Oye has coauthored a commentary on a paper that demonstrates researchers may be close to being able to engineer morphine from yeast, writes Nicola Twilley for The New Yorker. The authors worry this “could put illicit opiate production into the hands of many more people, at a much smaller scale.”

After the release of a paper from U.C. Berkeley researchers detailing how certain strains of yeast may be used to produce opioids, Professor Kenneth Oye coauthored a commentary calling for regulation in the field, writes Lexi Pandell for Wired. “I haven’t seen anything quite like this before,” says Oye.

The Associated Press writes about Professor Kenneth Oye’s commentary on a paper by researchers at U.C. Berkeley that shows how morphine and other painkillers can be manufactured without opium poppies. Oye calls for regulation in order to prevent abuses.

Michael Le Page writes for The New Scientist about Professor Kenneth Oye’s commentary on research indicating that genetically engineered yeasts could be used to produce opiates. Oye provides a number of policy recommendations to prevent illicit opium production, including outlawing the distribution of opiate-making yeast strains.