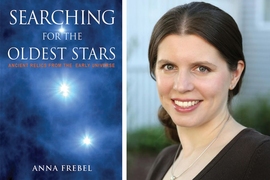 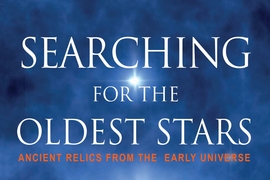 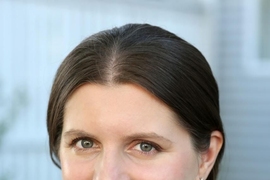 Anna Frebel has unearthed some of the oldest stars in the universe, meticulously extricating them from the billions of stellar grains in the sky. By determining the chemical composition of these ancient stars, she hopes to reconstruct a picture of the cosmic environment in the earliest moments of the universe.

Frebel, the Silverman Family Career Development Assistant Professor in the Department of Physics and a member of the Kavli Institute for Astrophysics and Space Research, is among a new generation of astronomers known as stellar archaeologists — astronomers who search the sky for distant light from ancient stars. In a new book published this month, “Searching for the Oldest Stars: Ancient Relics from the Early Universe,” Frebel chronicles the often-sleepless hunt for stellar artifacts. She spoke with MIT News about the sometimes-risky life of an astronomer, and how light from ancient stars may give new understanding to our modern world.

Q: How is the search for ancient stars similar to the work of archaeologists?

A: We want to learn about the early era, the first billion years of the universe. By identifying very old stars, we can learn about what the universe was like back then. The nice thing with stars is, they are like old cans of beans in the cupboard — you can open the can at any time, and what’s inside is still good.

Why is that interesting? Because stars in general make all the chemical elements we know from the periodic table, inside their cores. So everything we know and love, all the matter we’re made of today, had to be cooked up in stars and supernova explosions for billions of years.

By looking for the oldest stars and their composition, we can trace how, for example, elements like carbon and iron, and silver and gold from our jewelry, were all made for the very first time in the very first stars, and how these elements then got incorporated into the interstellar medium and the gas of the early universe, how they got recycled into the next generation of stars — which we can still observe today.

So we go really back to the beginning of what we call chemical evolution. We can piece together how it all began, and that’s the true archaeological endeavor.

Q: You’ve looked for stars with some of the largest telescopes in the world, including the two 6.5-meter Magellan telescopes at Las Campanas Observatory in Chile. What is the observation experience like in such large, remote facilities?

A: Observing is really interesting. I really like being right in the middle of it, to take data and immediately look at it and see: Is this something exciting, or should I quickly move on to the next target to have another chance to find something? Once in a while, we know we’ll find something. Sometimes it takes longer.

What does observing mean? We sleep during the day, often closing our eyes just before sunrise, and may sleep until 3 p.m. Then we have to go to the telescope to prepare for the night. Then all the observers from different telescopes come together for dinner in the guesthouse. Then it’s off to the telescopes, where you sit behind all sorts of computer screens and push all sorts of buttons to take one observation after another. It all stops in the morning when it gets too bright, or if it snows, or if there’s fire, or bad clouds, or hail or sleet. And I’ve had it all, including the fire.

When I was a graduate student, I observed at Siding Spring Observatory, which is located in a national park [in Australia]. It was springtime, and the park was doing controlled back burning to prevent wildfires from spreading. But a little bit got out of control, and it moved up the hill, where I was watching from my telescope, and I was all alone. The flames started coming after dinner, at twilight. It sort of curled around the telescope, and went straight to the wooden pole that was carrying all the cables for my telescope.

At midnight I called the observatory fire brigade. I helped roll out the hoses, and hosed the fire down. It was pretty hands-on. But that’s what you do at an observatory. You’re responsible to watch out for the telescope, for the site, for the other people with you on the mountain. It’s amazing that we actually ever get anything done!

Q: In your book, you highlight the major contributions in the field, many of which were made by women. Some of these women were not immediately credited for their discoveries, including the “Harvard Computers.” Who were these women?

A: When I was at Harvard as a postdoc, I saw all these portraits of ladies in the hallways. They were called the “Harvard Computers,” because Edward Pickering, director of the Harvard College Observatory around 1900, had fired his male assistant, and instead hired his own housekeeper because, he said, “The male assistants are so lazy, my housekeeper could probably do a better job.”

And actually she did do a better job, and that led him to hire something like a dozen women, although not all at once, and they became famous because they did such fundamental work. They were tasked with cataloging huge amounts of stars and classifying spectra, and doing all sorts of calculations. He initially took all the credit for their work, but it was all too much and too good, what all these ladies did, and the truth prevailed. Now they are world famous for their contributions.

My work kind of goes back to many of the things they did. And I find it really important to remember what has been done before, and what the contributions of women were in science. In my book, it comes through here and there, that I’m just one of those sisters, and that we keep doing what we’re doing, and so will many others after me, I’m sure.

An element that's rare on Earth is found far, far away