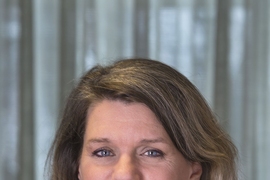 MIT economist Nancy Rose, an expert on firm behavior and the economics of regulated industries, has been named by the U.S. Department of Justice (DOJ) as deputy assistant attorney general for economic analysis. She will take a leave of absence from the Institute in order to take the position, which formally begins on Sept. 8.

Rose, who is the Charles P. Kindleberger Professor of Applied Economics, will lead a staff of about 50 economists conducting research for DOJ’s Antitrust Division, while also working with DOJ leaders in establishing policy priorities.

“I became an economist because I was very interested in public policies at the intersection of competition policy and regulation,” Rose told MIT News. “This is an exciting opportunity to pivot from research to a direct role in applying economics to guide public policy that promotes a competitive and open marketplace.”

Economists in DOJ’s Antitrust Division work with their legal counterparts in the division to assess the likely impact of proposed mergers on consumers and market outcomes; to investigate potential anti-competitive practices in markets; and to provide policy guidance on practices that may impede marketplace competition.

“There is a large and extraordinarily talented group of professional economists within the division,” Rose said. “I hope to contribute to their effectiveness, and I expect to learn from them as well.”

Rose received her undergraduate degree in economics and government at Harvard University in 1980, and her PhD in economics from MIT in 1985. Her first faculty position was at the MIT Sloan School of Management, which she joined in 1985. She has been on the faculty of the Department of Economics since 1994. Rose has also served as the director of the National Bureau of Economic Research’s program in industrial organization since its establishment in 1991.

Rose has published extensively on industries including electricity generation and transmission, airlines, and other transportation sectors. She has received multiple teaching awards, and was named a Margaret MacVicar Faculty Fellow in 2012, MIT’s highest honor for undergraduate teaching.

“My teaching increasingly has used antitrust cases to illustrate both competitive strategy and policy issues,” Rose noted. “I’ve enjoyed using Department of Justice actions to tee up discussions of current issues in competition policy. It’s exciting to now have the chance to be part of that process.”

Rose will replace Aviv Nevo, a Northwestern University economist who has held the position since April 2013.

“Nancy L. Rose PhD ‘85, a professor of applied economics at MIT, has been named Deputy Assistant Attorney General for Economic Analysis by the U.S. Department of Justice,” writes Katherine Nazemi for The Tech. Rose will head the DOJ’s anti-trust division.