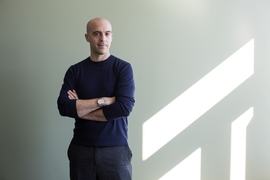 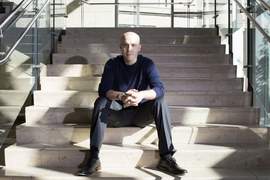 Every day we make simple decisions — what to eat, what to wear — that may be influenced by the views of people around us.

But are they? You might have certain tastes because of the influence of your friends — or they might be your friends because you share similar tastes.

The same issue exists for larger matters, such as medical decisions, voting, and where we live. Are you affected by peer influence? Or is it just a case of what’s known as homophily, the general association of like-minded people?

In practical terms, the difference matters: If you know how people are making decisions, you can figure out whether you need to get their attention directly on, say, a public-health issue, or more indirectly, by targeting a whole network of peers.

“Sorting out whether it’s peer effects or homophily will help you decide which of these strategies is most effective,” offers Sinan Aral, an MIT expert in the dynamics of social networks.

That’s not just a theoretical concern for Aral, the David Austin Associate Professor of Management at the MIT Sloan School of Management, whose research group is embarking on a large-scale test to see if peer effects can encourage people to get HIV screening in South Africa. While just getting an HIV test has a stigma for many, as Aral notes, that stigma could be greatly reduced with peer encouragement.

In all cases, though, it takes careful research to separate individual decisions from peer effects in a social network. In a study published last year in the journal Science, Aral and colleagues analyzed whether online discussion-board comments influence us. By randomly manipulating the ratings of more than 100,000 comments and seeing how readers then responded to those comments, the researchers found a “herding” effect for comments that were given positive ratings, but no such effect for comments bearing negative ratings.

In response, the popular site Reddit changed the way it discloses ratings of its comments, citing the “herding” issue.

“There are a number of situations in society where we have these feedback loops, between public opinion and individual decision-making, where the types of social influence can really generate some very stark outcomes and important decisions,” Aral says. “I really see this as a basic science.”

Aral’s research examines information diffusion in large networks, and analyzes how such diffusion affects behavior in society. If there is a social influence on individual behavior, Aral contends, then population-scale behavior change will ebb and flow through our social networks. Understanding this process could help us promote beneficial actions, like HIV testing, and attempt to prevent negative ones, like election violence.

Aral joined the MIT faculty in 2013 after six years as an assistant professor at New York University’s Stern School of Business. But he’s quick to mention that his research takes place within a network of peers — colleagues who are like-minded enough to be interested in the same problems, and independent-minded enough to have different ideas about them.

“This collaborative discovery process is, for me, such an absolute treat and privilege,” Aral says. “I’m really grateful to be able to work with the colleagues and students I work with, because I consider those relationships to be the most enjoyable part of my job. They are such a big part of my scientific journey. This is another example of peer effects: how other scientists’ opinions and work influences me. It’s a microcosm of my interests.”

If Aral’s research interests seem broad, that may reflect his educational background. Born in Turkey, Aral attended Northwestern University as an undergraduate, partly because he was a successful high-school debater who wanted to join a strong debate team in college.

“In a sense, debate was excellent preparation for scientific thinking,” Aral says. “Debate has standards of evidence, and the necessity of looking at your arguments from all sides and considering their strengths and weaknesses, to really try to understand where the fault may lie in your line of thinking. And that’s a good way of thinking about scientific research, because you always want to be your toughest critic.”

At Northwestern, Aral majored in political science, and singles out a class on constitutional law taught by Jerry Goldman as especially formative.

“He ran kind of a Socratic class, knew all of the students by name, cold-called students, and you had to be very prepared,” Aral recalls. “There was a lot of critical thinking and intellectual argumentation.”

Aral next went to the London School of Economics for a master’s degree in information science, and received another master’s in public policy — on information technology policy — from Harvard University. He then moved to MIT Sloan’s PhD program, where he earned his degree in managerial economics.

Aral remembers clearly the exact moment that launched his research career along its current trajectory: He was sitting in MIT’s Dewey Library, reading his statistics textbooks, and looking at methods that assumed all the observations in a data set were independent and identically distributed. At the same time, he was taking a course in the sociology of business strategy, full of diagrams of networks representing “the tremendous interdependence that exists in our world.”

At that moment, Aral said, he realized there was “a lot more learning to do here about how social networks work, and how we can conduct statistical inference” about them.

“It’s about contributing knowledge to the world”

Aral still thinks there is a lot to learn about peer effects: “We don’t understand how they work very well,” he says. On the other hand, he also thinks there has been tremendous progress in the field, and that more will soon arrive, thanks to the massive amounts of data now available to researchers.

To be sure, Aral acknowledges, “The notion of big data is sometimes very vague.” However, he adds, “It’s not just the size of the data, it’s the granularity of the observations, the almost continuous-time data on human behavior” now being produced. That provides the potential to see decision-making in social networks in unprecedented detail.

The ability to process large amounts of data also allows Aral and other social-network researchers to run larger-scale experiments than was previously possible. For the South Africa study, his team will be studying the effects of hundreds of millions of messages about HIV testing.

“With larger experiments, you can estimate the distribution of [responses],” Aral says. “You can look at how different subpopulations respond differently, and that can help you tailor the policy to make it more effective. That’s part of the promise.”

Aral’s scholarly future promises many more data points, more research studies — and the same lack of preconceptions he has tried to maintain since his days as a student debater.

“It’s not about defending your argument,” Aral says. “It’s about contributing a piece of knowledge to the world.”

Views you can use? How online ratings affect your judgment