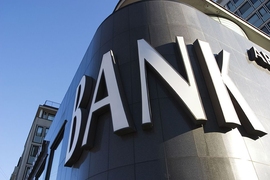 Credits:
stock image
Good accounting isn’t just a hallmark of a well-run company: As a new study of the banking industry by an MIT professor shows, transparent financials help ensure stability when banks fail, and can even reduce costs for consumers or taxpayers when the government must oversee the bankruptcies of financial firms.

That has happened a lot lately, especially during the recent economic and financial crisis: From 2008 through 2010, the U.S. government was forced to act as the liquidating agent for more than 300 banks. But as MIT accounting professor Joao Granja shows in a newly published paper, the banks with better disclosure practices received higher bids for their assets, and regulators were able to conduct those liquidations more cheaply.

Overall, Granja finds, failing banks that had filed documents with the Securities and Exchange Commission (SEC) saw a 7.8 percentage point increase in the portion of their assets bought by other firms during bankruptcy auctions, since potential buyers were better able to understand and trust the value of the assets.

Meanwhile, banks that regularly filed SEC documents were 4.5 percentage points less expensive for regulators to handle in bankruptcy than banks that had not filed such documents. When institutions are more transparent and better scrutinized by market participants, outside parties do not have to spend as much time digging around in an effort to reveal the true state of a financial institution’s books.

“There is a social benefit here,” Granja adds. “It’s less costly for the regulators to close it, [costs that] ultimately might actually fall on the taxpayer.”

The paper, titled “The Relation between Bank Resolutions and Information Environment,” appears in the latest issue of the Journal of Accounting Research, a peer-reviewed publication in the field.

Bank bankruptcies are administered by the Federal Deposit Insurance Corporation (FDIC), which is mandated by Congress with finding the least costly means of administering bankruptcy proceedings. Consumers, such as bank depositors, also have a strong interest in seeing bank failings run in a quick, orderly manner. When a bank fails, “They [the FDIC] immediately want to close it and sell it to a healthy bank, so that there’s no unrest for the depositors,” Granja notes.

But not all bankruptcies are alike. Banks are regulated by a variety of agencies, but those registered with the SEC, Granja contends in the paper, undertake “a sizeable increase in financial transparency,” since they have to produce regular discussion and analysis of their activities in annual reports, and must file forms with every unscheduled but materially important event.

In conducting his study, Granja scrutinized the bankruptcy auctions for 322 banks that failed between Jan. 1, 2008, and Dec. 31, 2010. Sales of assets for troubled banks often happen in the last two weeks before a bank is set to close, and potential buyers have a relatively short timeframe, just a few days, to conduct due diligence. That means consistent past financial disclosure is all the more significant.

For this reason, as Granja found, an average 80 percent of the assets of banks not registered with the SEC sold at FDIC auctions, but 86 percent of assets sold among banks that had regularly filed SEC documents.

Scholars in the field believe Granja’s research is novel and valuable. Christian Leuz, an economist at the University of Chicago’s Booth School of Business who has read the paper, heralds its “clever research design,” and says it “provides convincing evidence on a benefit of disclosure regulation for banks that previously had not been noted: Greater transparency … makes bank resolution in the case of failure … less costly. This is a very interesting and important finding. It highlights that transparency has tangible benefits for the financial system.”

Best practices for the next crisis

U.S. economic history reveals a series of waves of failing banks, a phenomenon that was pronounced in the 1980s, for instance, as well as the 2008 to 2010 period. Granja believes that studying best practices for bankruptcy proceedings can help smooth the financial waters in case another such wave roils the banking industry.

And while the FDIC’s funding comes, in part, from fees banks pay, higher costs for the agency could be passed on to consumers, or in some circumstances could even require taxpayer assistance. Greater transparency by banks now could thus help insulate citizens from future costs.

“There might be [cause] for policy action to correct this, and for the regulators to require more transparency and disclosure on the part of the banks,” Granja concludes.