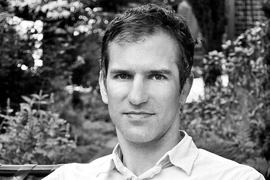 Years after a groundless report linked vaccines to autism, the consequences of the fallacy are still being felt as measles, mumps, and whooping cough spread through undervaccinated communities. Yesterday the American Academy of Arts and Sciences released a report — co-authored by Seth Mnookin, an assistant professor of science writing at MIT — that makes it clear that reversing this trend will require dedicated research on how vaccination decisions are made, and on the best ways to communicate factual information to nervous parents.

The report, “Public Trust in Vaccines: Defining a Research Agenda,” was announced in the journal Science with an editorial written by Mnookin and his co-authors, Barry Bloom of the Harvard School of Public Health and Edgar Marcuse of the University of Washington. “Vaccines are one of the safest and most cost-effective medical interventions in history,” they write. “By immunizing infants, children, and teenagers, vaccines protect the entire community. Nevertheless, there is a surge of outbreaks in vaccine-preventable diseases in the United States. What research is needed to reverse this trend?”

The associate director of the Graduate Program in Science Writing in MIT’s School of Humanities, Arts, and Social Sciences, Mnookin is the best-selling author of “The Panic Virus” (Simon and Schuster, 2012), which examines how inaccurate scientific reports linking vaccines to autism have reverberated through the media. He shared some insights from his new report.

Q. Many of the recent fears surrounding vaccines have focused on a specious report that the measles-mumps-rubella (MMR) vaccine was linked to autism. That report was retracted several years ago and its lead author was stripped of his medical license. Are people still worried that vaccines will harm their children?

A. Unfortunately, they are — although it is very important to point out that overall, vaccination rates in the United States are extremely high: over 90 percent for the MMR vaccine and varicella and over 94 percent for diphtheria-tetanus-pertussis.

But if you’re living in a community, or your child attends a preschool, where only 70 percent or 80 percent of kids are vaccinated, the overall U.S. vaccination rates aren’t going to help you very much. We’ve seen tangible evidence of the consequences in diseases outbreaks over the past several years.

In 2011, the United States experienced its largest number of individual measles cases (222) and outbreaks (17) since 1996. The initial case in virtually every one of these outbreaks was someone who was intentionally unvaccinated, or someone of unknown vaccine status. In 2013, 187 more cases were reported; 58 of those made up the largest outbreak in the United States in 17 years. All of this is especially notable because in 2000, the World Health Organization declared measles functionally eliminated in the United States.

Those infections were obviously awful for the families affected, but they also have a real impact on the ability of public health officials to operate in those communities. A study of a 2008 measles outbreak in San Diego found that containing each individual case cost more than $10,000. That’s a lot of money that could be spent elsewhere.

Q. The American Academy of Arts and Sciences conference you co-chaired — as well as this report, which emerged from the conference — doesn’t propose particular solutions to the vaccination problem. Instead, you and your co-authors outline the research questions that could provide the data to best address the fears parents have about vaccination (otherwise known as “vaccine hesitancy”). Why did you take that approach?

A. In the years after my book, “The Panic Virus,” was published, I was asked to take part in a number of workshops in which the participants discussed strategies for confronting vaccine fears spurred by misinformation. After attending several of these gatherings, I realized the approach was somewhat hypocritical: Here were some very smart people essentially talking about their instinctual responses to addressing the fact that some parents rely on instinct rather than data to make decisions about vaccination.

At one of these conferences, I met Edgar Marcuse, a professor of pediatrics at the University of Washington and a former chair of the Department of Health and Human Services’ National Vaccine Advisory Committee. We kept in touch, and when we were both invited to join an initiative on vaccine hesitancy at the American Academy of Arts and Sciences, we joined up with Barry Bloom, a former dean of the Harvard School of Public Health, and essentially said we’d love to be involved so long as the project focused on identifying the types of research questions that would provide data-based answers to critical questions, such as: When and how are attitudes and beliefs about immunizations formed? When are parents or prospective parents most receptive to learning about vaccines? How can providers best respond to parental concerns? Is there any way to identify communities most at risk of vaccine-preventable disease outbreaks?

After those initial discussions, which took place some two years ago, Ed, Barry, and I assembled a pretty eclectic group and got to work. Some participants were the exact types you’d want and expect at a discussion about these issues: an epidemiologist from the Centers for Disease Control and Prevention, the head of the National Vaccine Program Office, the head of the Massachusetts Department of Public Health’s Division of Epidemiology and Immunization, and the associate director of the Emory Vaccine Center. In addition, we invited leading thinkers in risk, marketing, and health communication. The assistant director of the Harvard Opinion Research Program was there, along with a nurse practitioner from CVS Caremark.

The bottom line was that since Ed, Barry, and I knew we would not be conducting the new research ourselves, we hoped the report could highlight why it was needed — and potentially help researchers interested in these issues advocate effectively for funding and support for their work.

Q. What other indications are there that this type of research is needed?

A. The most obvious evidence is that outbreaks of preventable diseases are continuing to occur across the country. There are also indications that some of the current strategies being employed are counterproductive. For instance, I’ve seen a lot of vaccine advocates stress that vaccination refusal rates overall are on the rise, as apart from being on the rise in specific communities. Not only is that not necessarily true, but that message risks normalizing vaccine refusal. If parents know that between 90 percent and 95 percent of their peers are vaccinating their children, that’s a pretty powerful message.

Here’s another example of why research is needed: The public health community has long assumed that misinformation about vaccines has to be confronted head on; however, there’s some research indicating that might not be advisable. Cass Sunstein, a Harvard Law School professor and former head of President Obama’s Office of Information and Regulatory Affairs, has written that there is an asymmetry between increasing fear and decreasing it. In fact, he concluded that the best response to addressing fears might be actually to simply change the subject. That’s the opposite of the tactic currently in use.