Microbiologists eavesdrop on the hidden lives of microbes 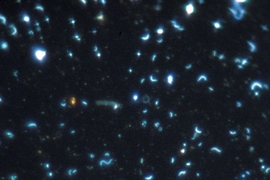 Caption:
This photo shows researchers readying the robotic device connected to a buoy for its two-day sampling journey off the coast of California.
Credits:
Photo courtesy of the Monterey Bay Aquarium Research Institute
Microbiologists who study wild marine microbes, as opposed to the lab-grown variety, face enormous challenges in getting a clear picture of the daily activities of their subjects. But a team of scientists from MIT and the Monterey Bay Aquarium Research Institute recently figured out how to make the equivalent of a nature film, showing the simultaneous activities of many coexisting species in their native habitat over time.

Instead of making a movie, the scientists used a robotic device that dangled below the surface of the ocean, drifting in the water with a neighborhood of microbial populations and gathering samples of one billion microbes every four hours. Similar to fast photography that stops action, the robotic device “fixed” each sample so that whatever genes the microbes were expressing at the moment of capture were preserved for later study in the lab, where the scientists used whole-genome gene-expression analysis to create a time-lapse montage of the daily labors of multiple microbial species over a two-day period.

“A naturalist like Sir David Attenborough can follow a herd of elk and see how the elk’s behavior changes hour to hour, day to day and week to week. But we haven’t been able to observe naturally occurring microbes with that kind of resolution until now,” says Edward DeLong, the Morton and Claire Goulder Family Professor in Environmental Systems in the MIT Department of Civil and Environmental Engineering and Department of Biological Engineering.

DeLong is senior author of a paper on the study appearing online the week of Jan. 21 in the Proceedings of the National Academy of Sciences. Co-authors on the paper are Elizabeth Ottesen, a former MIT postdoc who is now an assistant professor at the University of Georgia; MIT postdoc Curtis Young and research engineer John Eppley; and senior research specialist John Ryan, senior scientist Francisco Chavez, and president Christopher Scholin of the Monterey Bay Aquarium Research Institute. 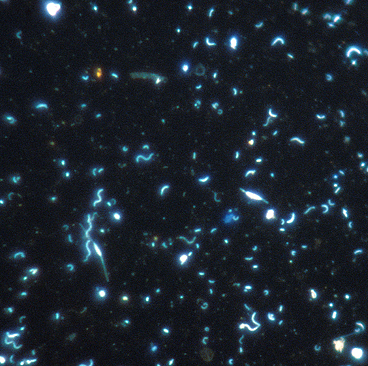 
“We’ve essentially captured a day in the life of these microbes,” DeLong says. “As little as three years ago, I wouldn’t have even have considered it possible to get such a high resolution picture of microbial population dynamics and activity in the ‘real world.’”

The montage showed that photosynthetic microbes, which create the oxygen, energy and organic carbon used by the rest of the food web, ramped up their light-utilizing activities in the morning and powered those down at night, just as their domestic brethren do in response to light and dark in the lab.

But the underwater scenes also showed something scientists had never seen before: Nonphotosynthetic, carbon-eating microbes of very different species displayed synchronized, rapidly varying metabolic gene expression. Some of the genes simultaneously expressed by different species shared the same function — for instance, genes associated with growth or respiration. Others encoded very different functions, mirroring the varied metabolic capabilities of the disparate species. The simultaneous expression of these genes indicates that the microbes were responding to similar environmental changes, probably in the nature or quantity of organic matter available in the immediate vicinity.

They all may have been responding to the same cue or possibly one species may have acted as a first responder, signaling other species when it changed its own gene expression.

“In this work, the scientists use robots on buoys to do the sampling, which allows excellent resolution in both time and space, and they’re therefore able to look at the functions that a range of different types of plankton are expressing,” says Rob Knight, an associate professor of molecular biophysics at the University of Colorado. “The information should be really useful for developing predictive models that help us understand how marine plankton will respond to factors such as climate change and ocean acidification, by revealing the networks by which genes interact with each other to produce complex biological functions.”

The work was funded by grants from the National Science Foundation, the Gordon and Betty Moore Foundation and the Agouron Institute.