The health-insurance markets of the (very near) future

An online health-insurance exchange is coming to your state. How effective will it be?

That is an increasingly important question in the United States. In June 2012, the Supreme Court upheld the legality of the country’s Affordable Care Act, passed by Congress and signed into law by President Barack Obama in 2010. The program mandates private-sector health insurance for all citizens, and provides subsidies for those who otherwise could not afford it. Insurance-plan choices will be available through exchanges, or marketplaces; most people will be able to study plans and sign up for one online. As of December, nearly 20 states have elected to run exchanges themselves; the federal government will run the exchanges in other states.

And therein lies a key issue: Creating a consumer-friendly exchange is no easy task. It is hard enough to know what kinds of foods we should eat, which cars to drive, or which apps to use. Selecting an insurance plan is a far more complex decision.

“Health insurance is a confusing and difficult choice,” says Jonathan Gruber, a professor of economics at MIT who specializes in health-care issues. “It’s important that people make decisions in an organized and effective market. In that way they can make the best choices, and we can ensure the best level of competition among insurers.”

Gruber would know: He provided crucial modeling that helped shape both the statewide health-care plan that former Gov. Mitt Romney signed into law in Massachusetts, in 2006, and the Affordable Care Act. Gruber has also served on the board overseeing the exchange in Massachusetts — the one state, because of the 2006 law, that already has an online portal up and running.

Moreover, as Gruber readily acknowledges, state-run insurance exchanges must pull off a difficult balancing act. The point of markets is to provide competition, but academic research shows that when people are given too many choices, they struggle to select logical options for themselves.

“The tension that exchanges face,” Gruber says, “is [having] enough standardization to make choice and competition work effectively, but not so much standardization that people can’t find the plans that best fit their tastes. That’s absolutely a central tension.” To handle this challenge, policymakers and academic researchers will almost certainly have to collaborate in productive ways.

Indeed, plenty of research suggests that America’s existing health-care offerings are already too complex. In a 2006 survey by the Kaiser Family Foundation and the Harvard School of Public Health, 73 percent of seniors, 91 percent of pharmacists, and 92 percent of doctors felt that Medicare’s prescription drug plan — Medicare Part D — was too complicated.

Meanwhile, a wealth of studies in behavioral economics suggest that having too much choice is problematic for consumers; one much-cited experiment from 1995, by Columbia University business professor Sheena Iyengar, shows that consumers are far more likely to buy jam at the supermarket when presented with many fewer product choices. Iyengar and economist Emir Kamenica of the University of Chicago have shown that increasing the number of risky 401(k) plan choices available to people leads them to opt for safer plans.

In the health-insurance domain, Gruber and Jason Abaluck, an economist at Yale University, published a study in the American Economic Review in 2011 showing that a large number of seniors select Medicare Part D plans that are mismatched to their needs. For one thing, seniors place too much emphasis on lower premiums, as opposed to plans that defray more out-of-pocket costs. Optimal choices, the researchers found, would make these health-insurance plans 27 percent more valuable to seniors.

However, seniors were often unable to make apt decisions because, in part, they typically had more than 40 stand-alone drug plans to select from. Overall, Gruber and Abaluck concluded, “Consumers would be better off if there were less scope for choosing the wrong plan.”

To combat this problem, the Massachusetts exchange and its online portal, the Health Connector, divide insurance plans into three tiers by cost: gold, silver and bronze. Consumers who know what tier they can afford can then study options at that level before deciding. In this way, the exchange organizes the options and helps winnow the range of choices for consumers to a manageable quantity. The Health Connector also aims to offer clear information about plans — “decision support,” as scholars call it — to consumers. 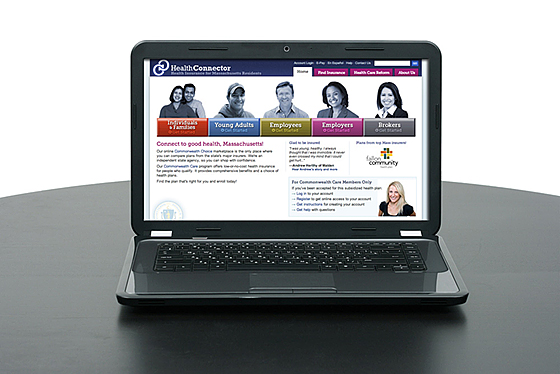 That kind of grouping by price, Gruber notes, means insurers are in theory then “competing on things like [the scope of] their provider network, and efficiency of delivery,” judgments consumers are likely to be adept at making. But the means of making exchanges work will almost certainly have to be refined over time.

“That is a key part of the process, and a key research topic,” Gruber says. “What’s the best way to inform consumer decisions around this?”

That research will likely be conducted in various ways. In Massachusetts, state officials noted publicly that they wanted to attract more small businesses, not just individual consumers, to the state exchange, and have conducted focus groups with small-business owners to find out just what kinds of plan features they want. Academic health-care scholars will likely seek further data sets on consumer behavior.

And since many states will be constructing their own distinct exchanges, the implementation of the Affordable Care Act should be a boon to scholars, as it will provide a variety of cases for study and comparison, leading to valuable “feedback loops,” as Gruber puts it, between policy and research.

“I think there’s going to be an experimental learning process as we figure out the trade-offs between different numbers of choices, the heterogeneity of choices, and decision support,” Gruber concludes.