MIT releases report on its actions in the Aaron Swartz case 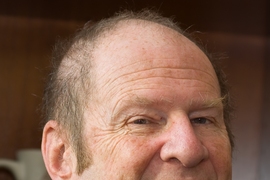 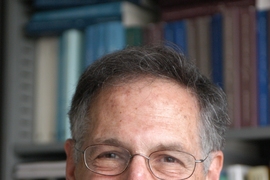 A much-anticipated report on MIT’s actions in relation to the case of Aaron Swartz, a young computer programmer and Internet activist who committed suicide in January, finds no wrongdoing on MIT’s part. But the report raises concerns about certain policies and procedures and whether MIT should have been more actively involved in the matter. The report offers a set of forward-looking questions for the Institute as a whole to address.

Compilation of the report, “MIT and the Prosecution of Aaron Swartz,” was led by Hal Abelson, the Class of 1922 Professor of Computer Science and Engineering, at the request of MIT President L. Rafael Reif in January. In conducting his review, Abelson was joined by MIT economist and Institute Professor emeritus Peter Diamond; attorney Andrew Grosso, a former assistant U.S. attorney; and MIT assistant provost for administration Douglas Pfeiffer, who provided staff support for the review panel. In preparing its report, this group talked with about 50 people, including MIT faculty, students, alumni and staff; lawyers, police officers and prosecutors; and friends and family of Swartz. It also reviewed about 10,000 pages of documents.

In a letter to the MIT community announcing the release of the report, Reif wrote, “The review panel’s careful account provides something we have not had until now: an independent description of the actual events at MIT and of MIT’s decisions in the context of what MIT knew as the events unfolded. The report also sets the record straight by dispelling widely circulated myths. For example, it makes clear that MIT did not ‘target’ Aaron Swartz, we did not seek federal prosecution, punishment or jail time, and we did not oppose a plea bargain. The report’s introduction summarizes some of its most significant findings, but I urge everyone in the MIT community to read the report in its entirety.”

At the time of his death, Swartz, who had informal connections to the MIT community, faced 13 federal felony charges relating to his downloading of more than 4 million academic journal papers from the online archive JSTOR, or about 80 percent of the JSTOR library. The downloading was carried out surreptitiously using a laptop computer that was left in a basement wiring closet in an MIT building, physically connected to the MIT computer network.

As described in the report, Swartz’s death “ignited a firestorm on the Internet.” Memorial services were held in several locations, including MIT; posthumous awards were given to Swartz; a proposed revision of the law under which he was prosecuted was introduced in Congress; a petition was filed with the White House demanding the firing of the federal prosecutor responsible for the case; and several anonymous cyberattacks were launched, some against MIT, in protest of the handling of the case.

The report says that throughout the two years from Swartz’s arrest in January 2011 through his suicide in January 2013, MIT maintained a position of neutrality. The Institute made no public statements regarding the merits of the case against Swartz or whether it should proceed, nor did it attempt to influence the prosecutor’s decisions on the case, other than to tell the prosecutor that the government should not proceed on the assumption that MIT wanted Aaron Swartz to go to jail.

Individuals including Swartz’s father, Robert — who did undergraduate work at MIT and is a consultant to the MIT Media Lab — met with MIT officials during the course of the prosecution and asked MIT to support efforts to have the charges dropped or to secure a plea bargain that would not include jail time. Two MIT faculty members also urged the administration to make such an appeal to the prosecution. MIT considered these views as well as those of faculty who expressed opposing views in deciding neither to press for prosecution nor to advocate on Swartz’s behalf.

“From studying this review of MIT’s role, I am confident that MIT’s decisions were reasonable, appropriate and made in good faith,” Reif wrote in his letter of this morning. “I have heard from many in our community who believe our actions were proper and justified. Others feel differently, and the review panel identifies alternate paths we could have followed, including becoming more actively involved in the case as it evolved. I am sure there will be further discussion and reflection now that we have the report in hand.”

Among the report’s key findings are these: Questions for the MIT community

The report urges the MIT community to consider and discuss some questions raised by this case, “in the hopes that doing so will aid the process of learning from this heartbreaking history.”

Eight questions are included in the report. First of these is whether MIT should develop in-house expertise for dealing with incidents involving possible computer crimes. Other questions concern MIT’s policies on data collection, retention and provision to outside bodies; whether MIT should explicitly address the legal and ethical questions associated with Internet activities as part of its curriculum; and whether the Institute should participate more actively in the study of the legal, policy and societal impacts of information technology.

The report also asks whether MIT should become involved, as an institution, in national debates over reform of the Computer Fraud and Abuse Act, one of the criminal laws under which Swartz was charged. Another question the report asks is whether MIT should strengthen its policies on open access to scholarly publications.

“We recognize the desire for a simple take-away,” the report concludes, but adds: “We can’t offer that. We have not found a silver bullet with which MIT could have simply prevented the tragedy.”

Nonetheless, the report says, “MIT missed an opportunity to demonstrate the leadership that we pride ourselves on.” That opportunity existed because “MIT is respected for world-class work in information technology, for promoting open access to online information, and for dealing wisely with the risks of computer abuse.”

In his letter this morning, Reif said that he is “grateful to the review panel for framing these important questions — some specific to MIT, others focused on topics of national and global significance that mattered very much to Aaron Swartz himself.”

“Because these questions bear so directly on the expertise, interests and values of the people of MIT,” Reif wrote, “I believe we should explore them, respectfully debate our differences and translate our learning into constructive action.”

Reif also wrote that he has asked Executive Vice President and Treasurer Israel Ruiz “to organize a review of MIT policies on the collection, provision and retention of electronic records, so that Academic Council — MIT’s senior academic and administrative leaders — have the background they need to improve them.” To address other questions related to MIT policies and resources, Reif will ask Academic Council to propose to him any changes its members deem appropriate by the end of the fall semester.

In response to the report’s larger questions, Reif announced that he has asked Provost Chris Kaiser to work with Faculty Chair Steven Hall, professor of aeronautics and astronautics, “to design a process of community engagement that will allow students, alumni, faculty, staff and MIT Corporation members to explore these subjects together this fall and shape the best course for MIT.”

In his letter, Reif thanked the members of the MIT community who have been involved in the Swartz case. “The report confirms my trust in the members of the MIT community involved in the Swartz events,” he wrote. “Throughout, they have acted with integrity and heart, and served MIT with outstanding professionalism. I know the last seven months have been hard on them and their families, and they have my deepest respect and gratitude.”

Reif also reflected on what the loss of Aaron Swartz has meant to Swartz’s family and friends, to the many at MIT who passionately support open access, and to the wider world: “Knowing the tragedy of Aaron Swartz’s death, I read the report with a tremendous sense of sorrow. His family and friends suffered a terrible personal loss, and the Internet community lost an exceptional leader. Even those of us who never knew him mourn the loss of someone so young and so brilliant.”