The crowd stands and cheers. The exhausted, triumphant winning team is handed its trophy, which the captain lifts while the rest of the players raise their arms in victory.

This sounds like the scene after, say, a basketball tournament. But it’s also an increasingly familiar tableau in the world of e-sports, where teams compete in popular online games, such as “StarCraft II” and “Counter-Strike,” in front of fans. Indeed, e-sports even has its own version of the Olympics, the World Cyber Games.

“In the crowd, there is a real collective experience of spectating some kind of new digital sport,” says T.L. Taylor, an MIT sociologist who studies the culture of computer gaming. “People are fans of players, and fans of teams.”

You may not have heard of e-sports, where some contests are held in public venues in front of crowds, and others take place strictly online. And you may not know that some e-sports stars partake in “livestreaming,” in which they webcast even their practice sessions, while interacting with audiences. But both are related facets of online gaming culture, which is now the subject of growing academic study — and an area where Taylor, who joined MIT last year, is a leader. 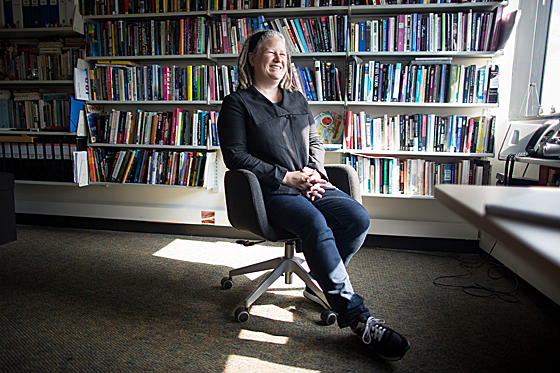 “It’s so easy to write off computer gaming as a strange little quirky space that maybe some young guys inhabit,” says Taylor, an associate professor in comparative media studies. But online gaming, she suggests, deserves the same kind of attention we give sports culture more generally.

“I love studying leisure because I think some of the most powerful, critical cultural questions that we grapple with get embodied there in very direct ways,” Taylor says. “In gaming, there’s just so much to explore.”

Moreover, e-sports, like other forms of computer gaming, is very much a business, and one that technology entrepreneurs are currently trying to expand. At the first e-sports tournament Taylor attended, in Europe, one of the first people she met was a bystander in a suit who was neither playing nor cheering. He turned out to be a team owner, intent on seeing his squad succeed. That conversation helped Taylor see the entrepreneurial dynamics beneath the surface in e-sports.

“That was a big early observation,” Taylor says. “The players are crucial, but there are a lot of other people trying to support professional play: Tournament organizers, broadcasters, team owners, who are really working hard to make it something more than just fun play. It really is interesting watching this whole nascent industry trying to build itself up.” And, she notes, Microsoft and Sony have just signed deals with tech firms that have developed livestreaming sites, in an effort to expand their delivery capabilities for online gaming.

As an undergraduate majoring in sociology at the University of California at Berkeley, where she got her degree in 1990, Taylor did not imagine conducting research on online gaming — which essentially existed, at the time, only in text-based forms — although competitive gaming, based on arcade games such as Donkey Kong, was already a tiny subculture of its own.

By the time Taylor was doing her graduate work in sociology at Brandeis University, where she received her M.A. in 1997 and her PhD in 2000, online game culture was beginning to flourish.

“The 1990s were such a special time for those of us interested in technology and culture, because the excitement of, and growth around, being online was all so new,” Taylor says. Part of her job today, she notes, is locating that kind of novelty and excitement in the new forms of online gaming that keep evolving — which means introducing herself to unexpected new groups of gamers.

“I’m an ethnographer, so it means spending lots and lots of time in the field with people, and I usually find I’m putting myself in new subcultures I don’t know much about,” Taylor says.

Taylor first did that when studying “Everquest,” the massively multiplayer online fantasy-world game that debuted in 1999. Her research into that game formed part of her first book, “Play Between Worlds: Exploring Online Game Culture,” published by MIT Press in 2006. Last year, Taylor published her second book, “Raising the Stakes: E-sports and the Professionalization of Computer Gaming,” also published by MIT Press.

For her part, Taylor found it harder to acclimatize to the e-sports world than to the culture of “Everquest” gamers.

“The e-sports study was more of a challenge, because they play those games so well, at such a high level, it’s really a different experience,” she says. And at this very moment, she points out, e-sports competitors are furiously practicing; some of them are “sitting at their desks, broadcasting their play live over the Internet to a large audience, and some of them are trying to earn a living at it. It’s this interesting place where computer gaming is meeting new forms of broadcast.”

The vast majority of professional players, as it happens, are men. However, as Taylor points out, the stereotypes about gender and gaming tend to mask a more complex reality.

“If you look at the variety of devices and genres out there, women are very regularly playing all kinds of games,” Taylor says. “But high-end competitive play is deeply segregated. There are a lot of fraught gender issues there, not unlike traditional sports.”

Gender is just one of the issues Taylor examines while studying gaming. Thorny questions over intellectual property rights are another. Consider the professional gamers selling ads while livestreaming their practice sessions of some well-known game: To whom do those revenues belong? Gamers, Taylor points out, believe they “transform play, create vibrant cultures, and do more with the game than the developers may have imagined. So how do we think about the co-creative nature of these intellectual properties?”

It is a question Taylor looks forward to studying more deeply at MIT. The Institute hired her from the IT University of Copenhagen, where she had been a professor for nine years, at that university’s center for game studies.

“It was a great experience,” Taylor says of living in Denmark. “I never planned it. I joke that when I moved over there, I realized how American I was, and now that I’m back here, I realize I’ve become Scandinavian in some ways. It’s good to get out of your normal zone.”

Still, she says she was delighted to have the chance to join the faculty at MIT, and looks forward to helping game studies flourish at a place where gaming has long been serious fun.

“Gaming is not separate from all the other things that are happening in society,” Taylor says. “It’s culture, and thus a part of it.”