Caption:
Junior Xinzhu Wang
From among many entries — including essays on Iranian hip-hop, immigration in Switzerland, and the experiences of Mexican-Americans — MIT senior Muriel L. Rambeloarison recently won the inaugural Isabelle de Courtivron Prize for “Silence,” an essay set in her home country of Madagascar. Junior Xinzhu Wang received second place for her essay titled, “My Food Basket: A Collection of Culture.”

The two winners earned cash prizes for their work, and were celebrated at a luncheon on May 13. Named to honor French Studies Professor Emerita Isabelle de Courtivron, the new prize is given by the Center for Bicultural/Bilingual Studies to recognize “student writing on topics related to immigrant, diaspora, bicultural, bilingual, and/or multi-racial experiences.”

Speaking of the significance of the prize, Emma J. Teng, the T.T. and Wei Fong Chao Professor of Asian Civilizations and a co-director of the Center, says, “In this age of a globalizing workforce, it is ever more crucial for students to learn how to communicate across cultures, and to respect diverse cultural viewpoints. Reading and writing literature that expresses bicultural (or even tri-cultural) perspectives is a key means to gain cross-cultural fluency.” 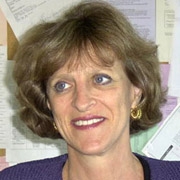 Professor Emerita Isabelle de Courtivron
De Courtivron, a co-founder of the Center and former head of Foreign Languages and Literatures has always been firmly convinced that “our students have an important perspective on issues of cultural identity today,” Teng says. “There was no more fitting way to pay tribute to her years of service at MIT than to found a student prize.”

Both winners spoke of the value of their humanities classes at MIT. “Humanities classes help you to think in a different dimension and consider broader issues,” says Wang, who is studying materials science and engineering, as well as management science.

Rambeloarison, who will receive her bachelor’s degree in electrical engineering and computer science in June, says that her humanities classes encouraged her to "ask myself questions that I was taught not to ask myself. It was really a bit of a rebellion in my brain. And it was enlightening.”

Read the full story at the MIT School of Humanities, Arts, and Social Sciences website