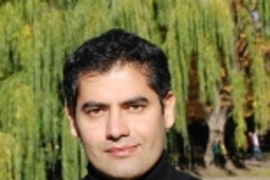 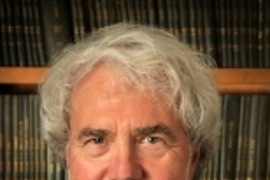 Picture this: an accurate map of a large underground oil reservoir that can guide engineers' efforts to coax the oil from the vast rocky subsurface into wells where it can be pumped out for storage or transport.

Researchers in MIT's Department of Civil and Environmental Engineering have developed technology that can generate such a map, which has the potential to significantly increase the amount of oil extracted from reservoirs.

The new technology uses the digital image compression technique of JPEG to create realistic-looking, comprehensive maps of underground oil reservoirs using measurements from scattered oil wells. These maps would be the first to provide enough detail about an oil reservoir to guide oil recovery in the field in real time.

"Our simulation studies indicate that this innovative approach has the potential to improve current reservoir characterization techniques and to provide better predictions of oil-reservoir production. The hope is that better predictions ultimately lead to more efficient operations and increased oil production," said Behnam Jafarpour, a recent MIT graduate who is now an assistant professor in petroleum engineering at Texas A&M University.

Jafarpour and Dennis McLaughlin, the H.M. King Bhumibol Professor of Water Resource Management at MIT, published a pair of papers describing the technique that will appear in an upcoming issue of the Society of Petroleum Engineering Journal, as well as a third paper that appeared in the June 2008 issue of Computational Geosciences.

The spatial structure in geologic formations makes it possible to compress rock property maps. But JPEG compresses the many pixels in a detailed image down to a few essential pieces of information that require only a small amount of storage. In the oil reservoir characterization application developed by MIT researchers, a similar mechanism is used to provide concise descriptions of reservoir rock properties. The new technique uses oil flow rates and pressure data from oilfield wells to create a realistic image of the subsurface reservoir.

Petroleum extraction is expensive and relatively inefficient -- sometimes as little as one-third of the oil in a reservoir is actually recovered through pumping. So engineers rely on enhanced recovery techniques such as water flooding to mobilize the oil. To guide this work, they make real-time predictions of subsurface variables, including oil saturation and pressure, but they're essentially working blindly. The rock properties needed to make these predictions (for instance fluid conductivity of rock at a particular depth) can't be seen or measured.
Instead, engineers infer geologic properties indirectly from seismic data and measurements taken at scattered wells.

"In a typical reservoir, millions of pixels are needed to adequately describe the complex subsurface pathways that convey the oil to wells. Unfortunately, the number of seismic and well observations available for estimating these pixel values is typically very limited. The methods we've developed extract more information from those limited measurements to provide better descriptions of subsurface pathways and the oil moving through them," said McLaughlin, lead researcher on the project.

In a 36-month simulated oil-recovery process, McLaughlin and Jarfarpour's estimation approach accurately captured the main features and trends in fluid conductivity of a reservoir formation, demonstrating that the new technique is robust, accurate and efficient.

"Our next step -- already in progress -- is to test our idea in real oil reservoirs and evaluate its impact on oil recovery under realistic field settings," Jafarpour said.

This research was funded by the Shell International Petroleum Co.

A version of this article appeared in MIT Tech Talk on February 4, 2009 (download PDF).