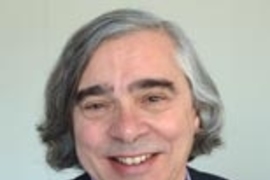 Professor Ernest Moniz, director of the MIT Energy Initiative (MITEI) and former undersecretary of the U.S. Department of Energy, today unveiled a report on reducing carbon dioxide emissions from existing coal plants. The report is based on the findings of a major MIT symposium on retrofitting coal-fired power plants, and identifies a range of possible next steps for the consideration of policy makers, industry and others engaged in CO2 emissions mitigation.

"There is no credible pathway toward prudent greenhouse gas stabilization targets without CO2 emissions reduction from existing coal power plants. We urgently need technology options for these plants and policies that incentivize implementation," Moniz said. "We may not see a strong CO2 price signal for many years. In the interim, we need a large, focused, federal program to develop and demonstrate commercial-scale technologies."

The focus of the March 2009 symposium was the retrofitting of existing pulverized coal plants with the capture of CO2 from flue gases after coal is combusted, or post-combustion capture technology. Participants also identified a range of additional technology options for cutting CO2 emissions, including efficiency retrofits, co-firing of coal plants with low-carbon fuels, rebuilding existing subcritical units to ultra-supercritical units with capture, more extensive rebuilds such as oxy-combustion or Integrated Gasification Combined Cycle with capture, poly-generation, and the repowering of existing boilers with alternative fuels such as biomass or natural gas.

Moniz was joined at the announcement by Wayne Leonard, chairman and CEO of Entergy Corporation, who co-chaired the MIT symposium. Leonard spoke about the core issue for existing plants, noting that they will continue to operate for decades, even as industry turns to carbon-free electric power-generating technologies.

"Once built, coal plants are, in most cases, the cheapest source of base load power generation and will not be phased out absent very high CO2 prices," Leonard said. "It's basic economics."

Some of the key findings of the report include:

The symposium full report and summary a available for download.