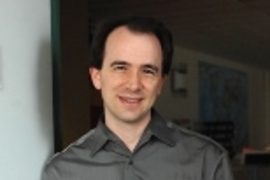 A rising tide is said to lift all boats. Rising global temperatures, however, may lead to increased disparities between rich and poor countries, according to a recent MIT economic analysis of the impact of climate change on growth.

After examining worldwide climate and economic data from 1950 to 2003, Benjamin A. Olken, associate professor in the Department of Economics, concludes that a 1 degree Celsius rise in temperature in a given year reduces economic growth by an average of 1.1 percentage points in the world's poor countries but has no measurable effect in rich countries.

Olken says his research suggests higher temperatures will be disproportionately bad for the economic growth of poor countries compared to rich countries.

"The potential impacts of an increase in temperature on poor countries are much larger than existing estimates have suggested," Olken says. "Although historical estimates don't necessarily predict the future, our results suggest that one should be particularly attentive to the potential impact of climate change on poorer countries."

Olken's analysis is contained in "Climate Shocks and Economic Growth: Evidence from the Last Half Century," a paper co-authored by MIT economics graduate student Melissa Dell and Benjamin F. Jones, associate management professor at Northwestern University. The paper is currently under review for publication. Olken, who has been researching issues of growth and temperature for about two years, presented some of the findings at a recent conference of the American Economic Association.

It has long been observed that hotter countries, such as those in sub-Saharan Africa and parts of Latin America, tend to be poorer than cooler countries in North America and Europe; the main exceptions are hot, rich Middle East countries with oil reserves and cold, poor Communist or former Communist states like North Korea and Mongolia. What contemporary scholars have debated, however, is whether climate has a significant effect on a country's economy today or whether it is institutions and policies that now solely drive prosperity.

To conduct their research, Olken and his co-authors used existing data sets of economic growth and productivity --Â everything from gross domestic product to the rate of publication of scientific papers --Â and combined them with country-by-country temperature and precipitation data from 1950 to 2003.

Olken and his co-authors conclude that rising temperatures do substantially reduce economic output and growth rates in both agricultural and industrial sectors, but only in countries that are already poor. Higher temperatures also reduce investment and innovation but, again, only in poor nations.

Rising temperatures may also have political consequences, the authors found. A one-degree rise in temperature in poor countries raises the likelihood of a so-called irregular leader transition (i.e., a coup) by 3.9 percentage points.

Olken acknowledges that the long-term impact of temperature change might be different from the short-term effect since countries may adapt to a particular climate over time. But his research found no such adaptation over a 10-year time horizon.

Should the future effects mirror recent history, world policy makers should be prepared for a widening gap between rich and poor countries as the globe continues to warm, he says.

A version of this article appeared in MIT Tech Talk on March 18, 2009 (download PDF).