Putting heads (and computers) together to solve global problems 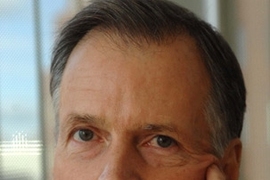 Imagine if the planet's collective brainpower and computing power could be brought together to tackle some of the world's toughest problems, including global climate change and cancer.

It may sound like science fiction, but researchers at MIT's Center for Collective Intelligence (CCI) are trying to make it reality.

He envisions that pooled brainpower, enabled by computing advances, could allow doctors to make better cancer diagnoses and help experts and others brainstorm solutions to climate change.

The CCI's goal is nothing less than figuring out "how can people and computers be connected so that collectively they act more intelligently than any person, group or computer has ever done before," says Malone. "That's a kind of intelligence that's never existed on the planet before."

One ambitious CCI project aims to tackle one of the most pressing and complicated issues now facing the world: global climate change.

"If ever a problem required the best intelligence from our whole species and all of our computer power, many people would say this is it," says Malone. "Certainly people are working on the problem in various ways, but so far the results leave a lot to be desired."

Global climate change involves so many variables — pollution, transportation, economics, etc. — that it's impossible for any one expert to have all of the solutions, or even understand all of the issues.

In one part of the Climate Collaboratorium project, led by Mark Klein, CCI principal research associate, the center is developing an online deliberation tool that allows experts in a wide range of fields to get together to share ideas.

The researchers are also connecting their deliberation tool with computer-based climate models, so users' suggestions about different parts of the problem can be more easily combined and tested.

Klein, who initially developed online deliberation tools to help engineers share ideas about projects they're working on, believes such tools could one day prove useful in tackling other large, complex problems, such as poverty or terrorism.

"Because these are such big problems, it's essentially impossible for any one person or small group to be cognizant of all of the issues, ideas and tradeoffs," Klein says.

The CCI has also proposed a project to consolidate patient data, clinical practices and medical research into a worldwide network. The network could use that information to precisely pinpoint the type of cancer and predict the treatment best suited to individual patients, depending on the tumor characteristics.

Wisdom of the crowds

CCI researchers are also exploring collective prediction, building on the success of popular Internet sites where people can buy and sell predictions about the outcome of elections, sporting events, etc. Such web sites, based on the collective wisdom of their users, have proven remarkably accurate, says Malone.

The MIT team plans to expand on that concept by bringing computers into the mix and programming them to make predictions, along with humans. This maximizes collective intelligence by taking advantage of the strengths of each group: Computers are good at predicting things based on historical data, and people are good at predicting how an unexpected event will throw things off.

In a early version of this system, the CCI is developing a model to predict what plays are most likely to be called next in a football game, depending on the game situation and the team's historical tendencies. The same approach may someday be useful for predicting the actions of a business competitor or a military enemy.

While developing these projects, the CCI is also taking a scientific look at ways to measure collective intelligence, similar to the way a psychologist measures an individual person's IQ. This research could allow them to figure out ways to improve intelligence, possibly by adding or subtracting members of the group, or using different processes.

"These early examples we're seeing around us today are not the end of the story," says Malone. "They're just the beginning."