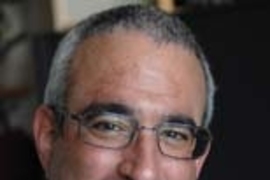 Teacher certification tests may be undermining American public education by deterring higher-quality candidates from applying for teaching jobs, according to a study by MIT labor economist Joshua Angrist and Jonathan Guryan of the University of Chicago Graduate School of Business.

The study, "Does Teacher Testing Raise Teacher Quality? Evidence from State Certification Requirements," will appear in the October issue of The Economics of Education Review.

"States are using increasingly strict licensing provisions to identify and hire those most qualified to teach. But our results show that testing has acted more as a barrier to entry into teaching than as a quality screen," Angrist says.

In Massachusetts, for example, teachers must pass the Massachusetts Test(s) for Educator Licensure (MTEL) and a subject matter test for all subject areas in order to be certified to work in public schools. The tests are given about six times a year.

In their study, Angrist and Guryan Ph.D. '00 show how qualified applicants may find the MTEL or its equivalent in other states more an obstacle than an opportunity to enter the K-12 public schools.

First, they note, applicants whose educational backgrounds qualify them to teach are also likely qualified to work in other fields. When they weigh their job options, they calculate the cost in time, effort and money of the mandated tests as salary reductions.

"Higher quality applicants, as measured by outside earnings potential, are more likely to pass the test," Angrist says, but they're also more likely to want wages that will repay their efforts to take the tests. In addition, they're consumers; they can look for jobs at companies that don't require costly licensing tests.

Second, the discouragement effect, as economists call it, serves as a barrier to applicants broadly, Angrist notes. People who might be great teachers may choose not to study or pay for certification for myriad reasons, a loss for U.S. students in public schools.

In this way, private education may benefit from testing designed to improve public schools. Angrist says, "Those who want to teach can go to private schools and avoid the licensing hassle, since private schools do not require tests."

One bright note among the researchers' findings is that teachers may be pleasantly surprised with their wages when--or if--they are hired, Angrist notes, since testing is associated with increases in teachers' wages.

"That's because barriers to entry reduce the labor supply, which in turn increases labor costs in the profession," Angrist says.

Licensing has also been associated in previous research with higher pupil-teacher ratios, Angrist and Guryan note--a barrier to teacher retention.

Economics research sometimes overturns more stones than it can account for, and Angrist's paper includes interesting and contradictory findings that may warrant further research.

One such finding was that, while testing served as an entry barrier, the imposition of a testing requirement is associated with an increase in the likelihood that new teachers will teach the subject in which they themselves majored for one group of new teachers, not the larger group of inexperienced teachers.

Another finding was the "negative association between teacher testing and the probability new teachers are Hispanic," Angrist and Guryan write.