Bringing the power of information to the people 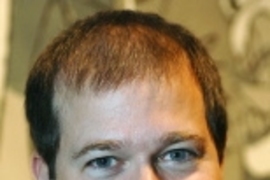 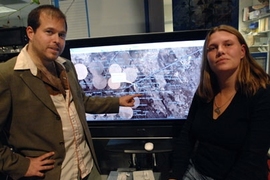 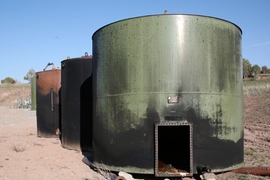 When representatives from natural gas companies knock on doors in rural areas to try to lock up deals for drilling rights, they typically hold most of the cards. They have the knowledge and experience about the process, while the landowner often has little or no information about what kinds of deals other residents in the area have agreed to --Â or about such issues as toxic chemicals that have been used in other drilling sites and the health effects residents say they have experienced. Currently, there is no easy way to find such information.

A team of MIT researchers hopes to remedy that. They are developing a suite of software applications to extract information from government and corporate databases, along with input from citizens in the affected areas, and make it all available in a clear, easy-to-navigate form. "This is an experiment to see if we can develop new tools to help communities self-organize," says Chris CsikszentmihÃ¡lyi, head of the Media Lab's Computing Culture group and co-director of MIT's Center for Future Civic Media.

Within the next few days, the MIT team will begin tests of one of their new software tools, Landman Report Card (LRC), with small groups of landowners in Colorado and Ohio, and eventually extend the tests to New York, Pennsylvania and West Virginia, all of which are experiencing new booms in natural gas exploration.

"People often will sign the day the land man (company representative) shows up at the door," CsikszentmihÃ¡lyi says. "There are lots of negotiations that people can do, that they often don't know they can." For example, while in some states they have no power to prevent drilling on their land, they can negotiate such things as replacement of topsoil or water quality monitoring once the drilling is done.

In rural Pennsylvania, some local Mennonite farmers have "negotiated for incredibly cheap leases, below market price," says Sara Wylie, a graduate student in the Science, Technology, and Society Program who has been co-directing the software project. "They can be victims of the fact that they don't know the real value, and what the process is like."

LRC and the other tools in the suite aim to ameliorate some of the information imbalances by recording existing data about the drilling operations. Also, by gathering data from local people about their experiences and health effects, the resulting database could become an important tool for government regulators and public health officials. Now, the experiences of people living near the wells "are not being captured anywhere," CsikszentmihÃ¡lyi says. "By recording it, each landowner's data will then help other people."

Making information accessible could make a big difference. For example, before signing a lease to allow drilling for natural gas on their land, the owners might want to know that natural gas drilling operations are allowed to pump millions of gallons of fluid into the ground to fracture the rock and help force the gas out. The chemical composition and ultimate disposal of these fluids are largely unregulated, and have been the subject of lawsuits claiming adverse health effects in people who live near drilling sites. And the quantities involved are enormous: Each of the thousands of wells in just one state is legally allowed to use a greater volume of unregulated chemicals than the total amount dumped at the infamous Love Canal superfund site, CsikszentmihÃ¡lyi says.

"Many of the state laws governing oil and gas focus on technical issues related to extraction, while providing few protections for those who must live with the noise, noxious fumes, waste pits, contamination and other impacts associated with oil and gas production," says Lisa Sumi, an environmental consultant who has worked with the nonprofit Oil and Gas Accountability Project. "Because of this technical focus, governments have not done a good job of tracking the environmental and health impacts associated with oil and gas development."

Even basic information that is available is often so hard to extract from government web sites that it is essentially useless to the landowners. For example, to find the locations of existing wells can require typing in the township, section and range designations of a given location -- details the landowners often don't know. Instead, "we want to be able to let a person type in their address, and have all the details about drill sites near their home that industry has and more." says CsikszentmihÃ¡lyi.

The research was partly funded by the Knight Foundation.