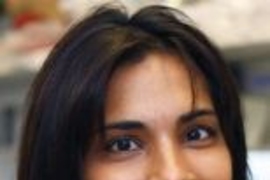 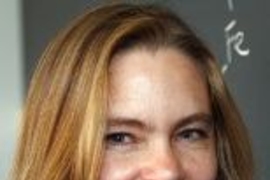 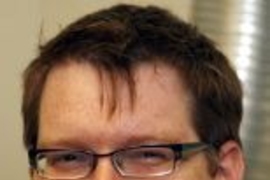 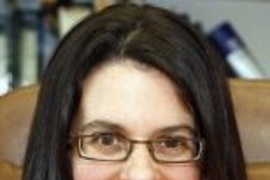 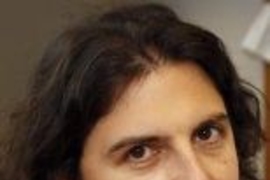 With the new additions, MIT now has more active investigators than any other single institution, an HHMI official said.

"This is an enormous honor for these individuals and a powerful expression of the concentration of talent and creativity at MIT. That their groundbreaking work crosses so fluidly between science and engineering is a hallmark of the Institute," said President Susan Hockfield.

This year, HHMI chose 56 new investigators from among 1,070 applications. It currently employs approximately 300 investigators in the United States, along with more than 2,000 of their scientific staff.

The new HHMI investigators at MIT are:

Professor of electrical engineering and health sciences and technology (she is also a member of the David H. Koch Institute for Integrative Cancer Research at MIT, and is affiliated with Brigham and Women's Hospital)

A biomedical engineer, one of Bhatia's long-term goals is to generate a complete implantable liver. She and her colleagues have already created tiny colonies of human liver cells that model aspects of the full-size human organ.

Another major effort in Bhatia's lab is the development of nanoparticles designed to diagnose and treat cancer. One strategy makes use of nanoparticles that can sneak into blood vessels that feed tumors and then merge in clumps large enough to be detected by magnetic resonance imaging scans and reveal fast-growing cancer "hot spots."

Associate professor of chemistry and biology

Drennan revels in sorting out the architecture and function of metalloproteins -- those proteins whose structure contains one or more metal ions.

Blending metal with amino acids, she notes, is nature's way of managing difficult but critical reactions, including things such as photosynthesis. "The most fundamental, simple reactions require the most complex metalloproteins," she explains. "Anything that is really hard often has a metal-containing protein. And the hard ones are really the fun ones, where there is the most to learn."

In 2006, Drennan was chosen as one of 20 HHMI professors, a $1 million award that honors top research scientists who are also great teachers (see /newsoffice/2006/drennan-hhmi.html). She is the first HHMI professor ever to be named an HHMI investigator.

Irvine is an engineer. But instead of designing and building airplanes, cars, or computers, he engineers the immune system.

"My whole lab is devoted to figuring out how to deliver drugs and vaccines that better target the immune system," says Irvine. "We're trying to learn how to make the immune system mount more effective attacks against cancer, HIV, and other diseases." The goal is to create materials that, once in the body, can attract and be taken up by immune cells, and then spur them to seek out pathogens or tumor cells.

John and Dorothy Wilson Professor of Biology and Geobiology

Newman has learned to think big and small at the same time. And with good reason -- her research focuses on the rocks on this huge planet and the tiny microbes that constantly exploit and change them.

"We're interested in the coevolution of life and Earth," she explains. "We're trying to discover when particular types of bacteria first appeared and when the major forms of metabolism evolved, because these events had a profound effect on the Earth." She hopes to use her knowledge of bacterial evolution to understand how modern bacteria have adapted to thrive in the human body.

Sabatini's research revolves around how cells, organs, and living creatures grow. "I think it's one of the most interesting questions out there," he says. "You look at the natural world around you and see such tremendous diversity in size. Yet we actually know relatively little about how size is regulated."

As a graduate student, Sabatini identified a protein complex in mammalian cells known as mTOR that anchors a master growth-regulating pathway in mammals. "I decided to study it further, and in essence I haven't stopped," says Sabatini. "It has led into a number of new and surprising areas."