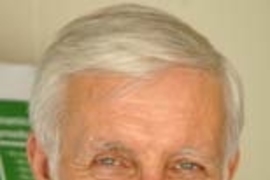 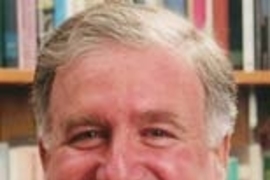 In a bid to control greenhouse gas emissions linked to climate change, the European Union has been operating the world's first system to limit and to trade carbon dioxide. Despite its hasty adoption and somewhat rocky beginning three years ago, the EU "cap-and-trade" system has operated well and has had little or no negative impact on the overall EU economy, according to an MIT analysis.

The MIT results provide both encouragement and guidance to policy makers working to design a carbon dioxide (CO2)-trading scheme for the United States and for the world. A key finding may be that everything does not have to be perfectly in place to start up similar systems.

"This important public policy experiment is not perfect, but it is far more than any other nation or set of nations has done to control greenhouse-gas emissions--and it works surprisingly well," said A. Denny Ellerman, senior lecturer in the MIT Sloan School of Management, who performed the analysis with Paul L. Joskow, the Elizabeth and James Killian Professor in the Department of Economics.

Despite such success, setting up a U.S. cap-and-trade system for CO2 emissions has proved challenging. Carbon emissions are so central to energy consumption that the idea of imposing a policy to limit them raises serious concerns. Could putting a price on carbon emissions lead to serious economic effects? Might the outcome be the equivalent of energy rationing? Such questions loom large as Congress debates the merits of several climate-change bills containing proposed CO2 cap-and-trade systems.

To help address those questions and advance the debate, Ellerman and Joskow performed an in-depth study of the EU Emissions Trading Scheme (ETS) to date.

Already, the EU ETS is far larger than either of the U.S. programs for sulfur dioxide and nitrogen oxides. Further, the EU ETS operates internationally. Allowances are traded by facilities in 27 independent nations that differ widely in per capita income, market experience and other features. As a result, "I think the EU ETS has a lot to tell us about how a global system might actually work," Ellerman said.

What are some of the lessons to be learned from the European experience? First, it shows that the economic effects--in a macroeconomic sense--have not been large.

Second, permitting "banking and borrowing" will make a cap-and-trade system work more efficiently. Within the EU ETS, facilities can bank (save some of this year's allowance for use next year) or borrow (use some of next year's allowances now and not have them available next year). Many facilities took advantage of the opportunity to trade across time. But they always produced the necessary allowances within the required time period. Concerns that facilities would postpone their obligations indefinitely have proved unwarranted.

A third lesson is that the process of allocating emissions allowances is going to be contentious--and yet cap-and-trade is still the most politically feasible approach to controlling carbon emissions. In a cap-and-trade system, those most affected--the current polluters--receive some assets along with the liabilities they are being asked to assume.

Finally, the MIT analysis shows that everything does not have to be perfectly in place to start up. When the EU ETS began, the overall EU cap had not been finally determined, registries for trading emissions were not established everywhere, and many available allowances--especially from Eastern Europe--could not come onto the market. The volatility of prices during the first period reflects those imperfections.

"Obviously you're better off having things all settled and worked out before it gets started," said Ellerman. "But that certainly wasn't the case in Europe, and yet a transparent and widely accepted price for CO2 emission allowances emerged rapidly, as did a functioning market and the infrastructure to support it."

This report was commissioned by the Pew Center for Global Climate Change. The more extensive research project on which it is based is funded by the Doris Duke Charitable Foundation.

The full report, The European Union's Emissions Trading System in Perspective, is available at www.pewclimate.org/eu-ets.

For a longer version of this story, go to http://web.mit.edu/mitei/research/spotlights/europe-carbon.html.

The MIT Energy Initiative is an Institute-wide initiative designed to help transform the global energy system to meet the challenges of the future. It includes research, education, campus energy management and outreach activities, an interdisciplinary approach that covers all areas of energy supply and demand, security and environmental impact.