MIT expert: How to toughen up environmental treaties 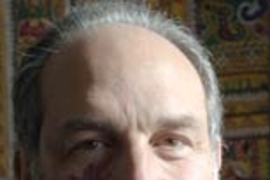 The Kyoto Protocol is one of more than 100 global environmental treaties negotiated over the past 40 years to address pollution, fisheries management, ocean dumping and other problems. But according to MIT Professor Lawrence Susskind, an expert in resolving complex environmental disputes, few of the agreements have done more than slow the pace of ecological damage, due to lack of ratification by key countries, insufficient enforcement and inadequate financial support.

To give the pacts bite--not just bark--Susskind is proposing a series of reforms that include economic penalties for countries that fail to meet the treaties' targets. Susskind will outline a program to make global environmental treaties more effective and treaty-makers more accountable in a presentation Saturday, Feb. 16, at the annual meeting of the American Association for the Advancement of Science (AAAS) in Boston.

The reforms he has in mind include engaging civil societies, not just governments, in drafting and enforcing global environmental treaties; offering incentives for countries that ratify treaties and comply with their terms; and establishing more meaningful timetables and targets, along with economic penalties.

"All the multilateral banks and lending institutions, the World Trade Organization and the UN agencies should require compliance with global environmental treaty provisions as a prerequisite for loans or participation in any of their activities," he will urge in his AAAS talk.

Susskind, the Ford Professor of Urban and Environmental Planning at MIT, will draw in part from his own experience working with the G-77 on the Climate Change Convention. He has published 20 books including "Environmental Diplomacy" (Oxford), "Transboundary Environmental Negotiation" (Jossey-Bass), and the award-winning "Consensus Building Handbook" (Sage).

Susskind will also participate in an AAAS panel on global knowledge and information to be held Sunday, Feb. 17. He will present a strategy for resolving information conflicts.

Susskind is head of MIT's Environmental Policy and Planning Group and co-director of the MIT-USGS Science Impact Collaborative (scienceimpact.mit.edu). As founder of the Consensus Building Institute (www.cbuilding.org), a not-for-profit organization that provides dispute resolution services in complicated public policy disputes around the world, Susskind has helped to mediate more than 50 environmental disputes and worked with a variety of UN agencies.