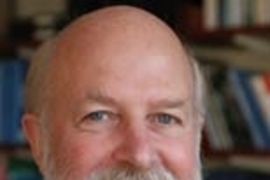 "With $1 billion annual spend [sic] in science to improve human and animal health, it's great that the Wellcome Trust can bring on board a pre-eminent U.S. scientist who will strengthen our global perspective," said Bill Castell, chair of the Wellcome Trust.

Hynes's research concerns the molecular basis of cell adhesion and its involvement in cell behavior, including contributions to human disease. From his childhood, Hynes gravitated towards science. His father was a freshwater ecologist and his mother a college physics teacher. He chose science as a natural career and never looked back.

He once commented, "Science is intellectually exciting and entertaining, and the boundary between work and hobby is hard to define. It's good to be employed to play at what you do."

Hynes received a B.A. and M.A. in biochemistry from the University of Cambridge and the Ph.D. in biology from MIT in 1971. After doing postdoctoral work at the Imperial Cancer Research Fund Laboratories in London, where he initiated his early work on cell adhesion, he returned to MIT as a founding faculty member of the Center for Cancer Research.