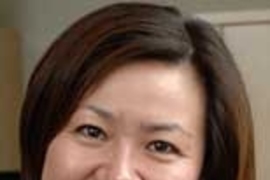 CAMBRIDGE, Mass.--Researchers from MIT's Picower Institute for Learning and Memory have uncovered a molecular mechanism that governs the formation of fears stemming from traumatic events. The work could lead to the first drug to treat the millions of adults who suffer each year from persistent, debilitating fears - including hundreds of soldiers returning from conflict in Iraq and Afghanistan.

The team reports their results in the July 15 advance online publication of Nature Neuroscience.

A study conducted by the Army in 2004 found that one in eight soldiers returning from Iraq reported symptoms of post-traumatic stress disorder (PTSD). According to the National Center for PTSD in the United States, around eight percent of the population will have PTSD symptoms at some point in their lives. Some 5.2 million adults have PTSD during a given year, the center reports.

Li-Huei Tsai, Picower Professor of Neuroscience in the Department of Brain and Cognitive Sciences, and colleagues show that inhibiting a kinase (kinases are enzymes that change proteins) called Cdk5 facilitates the extinction of fear learned in a particular context. Conversely, the learned fear persisted when the kinase's activity was increased in the hippocampus, the brain's center for storing memories.

Cdk5, paired with the protein p35, helps new brain cells, or neurons, form and migrate to their correct positions during early brain development. In the current work, the MIT researchers looked at how Cdk5 affects the ability to form and eliminate fear-related memories.

Emotional disorders such as post-traumatic stress and panic attacks stem from the inability of the brain to stop experiencing the fear associated with a specific incident or series of incidents. For some people, upsetting memories of traumatic events do not go away on their own, or may even get worse over time, severely affecting their lives.

Treating these disorders involves methods geared toward making the behavior go away, or become extinct, but the molecular mechanisms underlying the extinction process are not well understood. However, Tsai said, studies have shown that some of the molecular machinery that initially encodes the troubling memories also regulates their extinction.

"In our study, we employ mice to show that extinction of learned fear depends on counteracting components of a molecular pathway involving the protein kinase Cdk5," said Tsai, a Howard Hughes Medical Institute investigator. "We found that Cdk5 activity prevents extinction, at least in part by negatively affecting the activity of another key kinase.