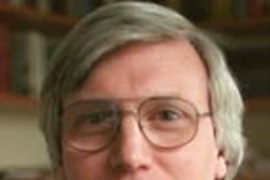 The Galletti award, AIMBE's highest honor, recognizes an individual's "contributions to public awareness of medical and biological engineering, and to the promotion of the national interest in science, engineering and education."

Lauffenburger was cited "for training a generation of bioengineering faculty, establishing an innovative biological engineering program at MIT, writing a seminal text on receptors and exemplary service to bioengineering societies."

Lauffenburger will receive the award in late February at the President's Dinner at the National Academy of Science.

The last member of the MIT faculty to receive the award was Institute Professor Robert S. Langer. Langer was the initial recipient in 1999.