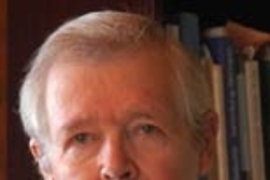 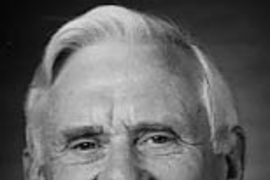 MIT Professor Emeritus Klaus Biemann of the Department of Chemistry and Merton C. Flemings, the Toyota Professor of Materials Processing, Emeritus, are two of nine 2007 Franklin Institute Laureates. Winners are being honored "for their significant discoveries and achievements, which directly impact our daily lives or contribute to our present and future well-being."

Biemann will receive the Benjamin Franklin Medal in chemistry "for pioneering the development of mass spectrometry, used to determine structure of complex molecules including sequencing of peptides and proteins, thus enabling the field of proteomics."

Flemings, who is also director of the Lemelson-MIT Program, will receive the Benjamin Franklin Medal in materials engineering "for contributions to understanding aspects of solidification of metallic alloys (and) the development of (the) semi-solid metalworking industry, which helps make sporting equipment, household appliances and cars strong and light."

The new laureates will receive their awards April 26 at the end of a weeklong series of events and activities at the Franklin Institute open to middle school, high school and college students, as well as the general public.

These events include the Laureates' Laboratory, which will feature interactive demonstrations illustrating the specific concepts behind each laureate's work, and Meet the Scientists, a lively discussion and Q&A session geared toward students.

A version of this article appeared in MIT Tech Talk on March 21, 2007 (download PDF).