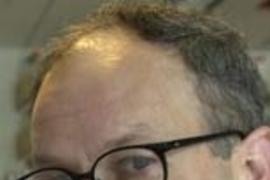 MIT researchers have discovered a link between a gene believed to promote long lifespan and a pathway that flushes cholesterol from the body.

The finding could help researchers create drugs that lower the risk of diseases associated with high cholesterol, including atherosclerosis (clogged arteries) and Alzheimer's disease.

The study focused on a gene called SIRT1, which the researchers found prevents cholesterol buildup by activating a cellular pathway that expels cholesterol from the body via HDL (high density lipoprotein or "good cholesterol").

"SIRT1 is an important mediator of cholesterol efflux, and as such it's predicted to play a role in the development of age-associated diseases where cholesterol is a contributing factor," said Leonard Guarente, MIT professor of biology and senior author of a paper on the work to be published in the Oct. 12 issue of Molecular Cell.

Drugs that enhance the effects of SIRT1 could lower the risk of cholesterol-related diseases, Guarente said. Potential drugs could be based on polyphenols, which are found in red wine and have been shown to enhance SIRT1. However, the quantities naturally found in red wine are not large enough to have a significant impact on cholesterol levels.

In earlier studies, Guarente has shown that high levels of SIRT1 can be achieved with extreme calorie restriction, but that is unappealing for most people.

"If you had a drug that could increase expression of SIRT1, that could replicate the effects of calorie restriction," Guarente said. "This is not going to replace the need for a healthy lifestyle, but it's a supplement that could potentially make you healthier."

SIRT1 is the mammalian homologue to SIR2, a gene that has been shown to slow aging in yeast and roundworms. Researchers have been curious to find out whether SIRT1 has similar effects.

In the new MIT study, researchers found that low SIRT1 levels in mice lead to cholesterol buildup in cells such as macrophages, a type of immune cell, due to reduced activity of a protein called LXR (liver X receptor).

LXR is responsible for transporting cholesterol out of macrophage cells. When full of cholesterol, the macrophages can generate plaques that clog arteries. SIRT1 boosts LXR activity, so that cholesterol is expelled from macrophages and out of the body by HDL.

The lead author of the paper is Xiaoling Li. Other authors are Songwen Zhan;, Gil Blander, visiting scientist in MIT's Department of Biology; Jeanette Tse and Monty Krieger, MIT professor of biology.