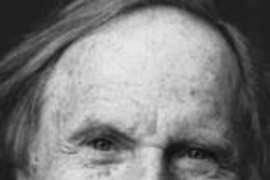 MIT Institute Professor Emeritus Philip Morrison, a distinguished theoretical astrophysicist and interpreter of science and technology for the general public, died Friday, April 22, at his home. He was 89.

The physics department is planning a memorial celebration in his honor on Saturday, September 10th, 2005, at 11:00 a.m. in Kresge Auditorium, followed by a reception.

A member of the Manhattan Project who went on to become a vocal critic of the nuclear arms race, Morrison was widely known for his research and professional contributions in quantum electrodynamics, nuclear theory, radiology, isotope geology and, since the 1950s, in cosmic-ray origins and propagation, gamma-ray astronomy and other topics in high-energy astrophysics and in cosmology.

"The world has lost one of the major voices of social conscience in science. For more than 50 years, since his involvement in the development of the first atomic bomb, Philip Morrison has been a leading participant in the efforts to control and eliminate nuclear weapons," said Charles Weiner, MIT Professor Emeritus of the History of Science.

"Phil was a great physicist. His field was astrophysics, but he was interested in all of physics," said Marc A. Kastner, head of MIT's Department of Physics. "In addition, he was deeply committed to education, both at the undergraduate level and for younger students."

"He was a dear, dear person whose impact was not just on MIT, but on the world," said Weiner, who has been working to document Morrison's life through archival materials and oral-history interviews.

A member of the MIT faculty since 1964, Morrison has held the rank of Institute Professor, the highest honor awarded by the MIT faculty and administration, since 1973. The title is reserved for those who have demonstrated exceptional distinction by a combination of leadership, accomplishment and service in the scholarly, educational and general intellectual life of the Institute or wider community.

He was among the first scientists (in 1959) to call upon the professional community to begin a coordinated search for interstellar communications using a microwave search. His many publications and speeches, beyond research and astronomy, center on two large issues: nuclear and conventional war and American policy; and the teaching and public understanding of physics and science in general. He has authored or co-authored many books on these subjects, including "The Price of Defense," which he co-authored with five other students of the arms issue. The book, published in 1979, was the first to propose a detailed alternative defense posture for the United States.

A regular reviewer of books on science for Scientific American since 1965, Morrison had also narrated and helped script films on science for Charles and Ray Eames. He appeared widely on radio and on British, Canadian and American television in a number of science programs and series, most visibly as author-presenter (with his wife, the late Phylis Morrison) of a six-part national Public Broadcasting System series, "The Ring of Truth," which first aired in 1987. He and his wife co-authored a book, "The Ring of Truth: An Inquiry Into How We Know What We Know" (Random House, 1987) as a companion to the series.

Kastner, the Donner Professor of Science, noted that Morrison "was spectacular at explaining physics to the public, too. He was the only person I ever knew who spoke not just in compete sentences, but complete paragraphs. Phil was a wonderful colleague and will be greatly missed."

Philip Morrison was born in Somerville, N.J., in 1915. He attended Pittsburgh public schools and received the B.S. degree from the Carnegie Institute for Technology in 1936. In 1940 he received the Ph.D. in theoretical physics from the University of California at Berkeley, under the supervision of J. Robert Oppenheimer.

For the next two years he taught physics at San Francisco State College and at the University of Illinois before joining the Manhattan Project. In 1946, Morrison joined the physics faculty at Cornell University, where he remained until he came to MIT in 1964.

From 1943 to 1946 Morrison was associated with the Manhattan Project, which was responsible for the development of the first atomic bomb. He joined the Metallurgical Laboratory of the Manhattan Project at the University of Chicago toward the end of 1942. He was a physicist and group leader there and later at Los Alamos from 1942 to 1946.

In 1945, it was Morrison, riding in the back seat of an automobile, who brought the bomb's plutonium core from Los Alamos to the New Mexico desert site for the first test. He also was at the island air base of Tinian, from which two bombs were launched against Japan. He later witnessed the aftermath of the explosion at Hiroshima in a visit immediately following the war.

In 1984, Morrison's faculty colleagues named him the James R. Killian Jr. Faculty Achievement Award Lecturer for the academic year 1984-85. The citation read, in part, "Philip Morrison is more than a distinguished scholar. He represents an attitude, a way of life, a symbol for what one might call 'joy of insight' or 'thirst for knowledge.' No one has better demonstrated, or rather embodied, what it means to the human soul to perceive or recognize a new scientific discovery or a new theoretical insight. Scientific knowledge and understanding is not a purely cerebral affair; it is soaked with emotion, excitement, and nervous tension, as everyone knows who has heard Philip Morrison talkâ€¦He has a gift for language and a wide-ranging intellect which allow him to draw upon insights from different fields to help illuminate a subject."

Among his many awards are the Pregel Prize of the New York Academy of Sciences, the Babson Prize of the Gravity Foundation, the American Association for the Advancement of Science Westinghouse Science Writing Award, the Oersted Medal of the American Association of Physics Teachers, the Priestly Medallion of Dickinson College, the Presidential Award of the New York Academy of Sciences, 1980; the Public Science Medal of the Minnesota Museum of Science, the American Institute of Physics' Andrew Gemant Award and the Wheeler Prize (with Phylis Morrison) of the Boston Museum of Science.

A resident of Cambridge, he is survived by his stepson, Bert Singer, and by Singer's wife, Angela Kimberk. A private service is planned.

Members of the Boston area physics community are invited to attend the September 10 memorial service. Those who wish to make a tribute will be given the opportunity to do so, briefly, following the program of talks. Colleagues and friends may submit written memories by contacting Gretchen Poehlmanat 617-253-6259 or poehlman@mit.edu.