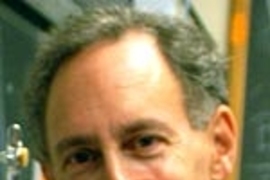 New drug delivery systems can keep drugs at desirable levels in the body and avoid the need for frequent doses, which can help patients better adhere to their therapy regimen, according to an MIT professor speaking at an American Medical Association media briefing on patient communication and adherence on March 4 in New York.

"The more difficult the delivery system and the more frequently medication is needed, the more difficult it is for patients to adhere to their drug regimens," said Robert S. Langer, the Kenneth J. Germeshausen Professor of Chemical and Biomedical Engineering. "Because of recent innovations, patient compliance is improving tremendously and new treatments are being ushered in."

The future of drug delivery systems will involve "smart" systems, Langer said. "These would address the issue of keeping the drug at a desired therapeutic level in the body while avoiding the need for frequent administration."

One such system under study uses detection of chemical signals in the body to prompt the release of drugs. Another being tested uses microchips placed under the skin or into the spinal cord or brain to deliver drugs ranging from pain medication to chemotherapy. The microchips are designed with tiny wells that are loaded with drugs and covered with gold foil caps. Applying a one-volt electrical signal dissolves the caps and releases the medication (see MIT Tech Talk, Feb. 3, 1999).

The gut, the skin and the lungs are the major routes through which medication such as pills or aerosols are delivered; however, all three pose inherent problems for drug delivery, according to Langer.

"The difficulty with the gut is that digestive acids and enzymes break down drugs before they reach their targets; also, it is not easy for drugs to pass through the wall of the intestine," he explained. Newer systems circumvent these problems in a number of ways. One uses drugs coated with a polymer--a degradable plastic coating that adheres to and penetrates intestinal cells more readily and enters the bloodstream more quickly. Other polymers have been designed to swell in response to exposure to stomach acid, thus protecting the drug inside from being broken down too early, while still others have a slow-release mechanism that allows medication to be released gradually.

"Polymers for delivering drugs in patients with schizophrenia have just been approved by the FDA," Langer said. "These patients previously had to take a pill daily to control their symptoms--now they can take the drug every two weeks. Other polymers that continuously release medications to treat alcoholism and diabetes are currently in clinical trials."

The skin presents yet another barrier to drug delivery. "It can be fairly impenetrable and few drugs have just the right composition to cross it," Langer said. A new technique, sonophoresis, uses a painless ultrasound system to drive drugs through the skin and into the skin's blood vessels. Sonophoresis is especially useful for delivering pain medications expeditiously and is also being studied for delivering insulin, he said. (See MIT Tech Talk, March 1, 2000.)

"The solution," Langer said, "is delivering very fine particles [liquid or powder] that can reach deep into the lungs. This is achieved by preventing the aerosol particles from sticking together, which allows for a finer mist." These particles can then be delivered with inhalers, some of which can be programmed to deliver specific doses.

"The ultimate goal is to administer drugs at the right time, at the right dose anywhere in the body with specificity and efficiency. This will help all patients take their medications when they need them and in the amounts they need,"s Langer concluded.