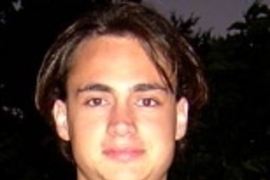 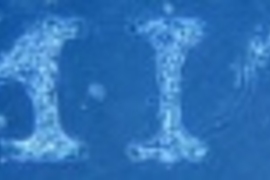 Sawyer Buckminster Fuller (S.B. 2000, S.M. 2003) studied mechanical engineering as an undergraduate at MIT because he was interested in robotics. While at MIT, he placed second in the 2.007 robotics contest. Later he built a frog-hopping Mars rover at NASA's Jet Propulsion Laboratory in his home state of California. But the more he learned, the more aware he became of the limitations of machines.

Fuller began looking at neuroscience to see what he could learn about the "brain of robotics." As he saw it, "what robots can do is extremely limited."

What did he learn?

"All the new stuff is in biology," he said. "Biology is the ultimate robotics. It's smarter than a computer. We can barely make robots walk at this point. [A cell] is like a robot and a factory built into one. You need lots of tools and machines to make a robot. With biology, it's all built in, and everything works at the molecular scale. I think that's really cool. Understanding biology could be revolutionary for robotics and a lot of other fields.

"I think of cells as a bag of chemicals and proteins that can work like a computer. DNA is the instruction that programs the proteins," he continued.

Fuller, who is not related to the inventor of the geodesic dome but is named after him, attended an international workshop in Crete this summer on "Self-Assembly of Peptides and Proteins in Biology, Medicine and Engineering." There he heard talks by scientists and engineers who also are interested in using molecular biology in new ways.

Fuller's senior thesis research (with Professor Joseph Jacobson of the Media Lab and mechanical engineering) was designing and building an inkjet printer that could print electronics using silver and gold nanoparticles. The printer was programmable, so circuits could be printed in minutes, in contrast to the weeks it takes to make the electronics on a microchip. Though successful with his work, Fuller was dissatisfied because the resolution was not good enough to make a programmable microprocessor.

For his graduate work (again in mechanical engineering, this time with Jacobson; Shuguang Zhang, associate director of the Center for Biomedical Engineering; and Professor Sebastian Seung of brain and cognitive sciences), Fuller looked to biological materials for their versatility.

He selected collagen proteins, neurons and an inkjet printer.

"Replace the black pigment in your ink with proteins. Any kind will do, but we use mostly collagen because neurons stick to it," said Fuller, who adds that "neurons crawl all over the place. It's hard to know what they're gonna do."

Next he prints the protein ink in a pattern on a glass lab slide which he places in a petri dish. Then he adds brain cells (neurons), which "sink to the bottom and instinctively stick to the collagen pattern and not the other part. We can watch how the neurons respond to the patterns and then try to figure out how to use that to connect them in certain ways. We want to figure out how they're computing."

Fuller presented a poster on his graduate research at the conference in Greece. He will begin his Ph.D. work at Caltech this month, were he plans to combine biology and robotics in bioengineering research related to Mars exploration at the Jet Propulsion Laboratory.