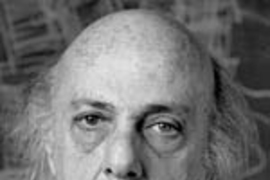 Imre Halasz, an internationally renowned architect, urban planner and teacher at the Massachusetts Institute of Technology, died on July 3 at his home in Boston after a long illness. He was 77.

Revered worldwide as a teacher, Halasz taught at universities in the United States and Canada as well as Kyoto, Florence, Haifa and Santiago. He was also a practicing architect in partnership with his brother, Anthony. Their projects included the feasibility and development plan for the NASA Electronics Research Center in Cambridge, Mass. (1968), the Don Bosco Technical High School in Boston (1971), a land reclamation project and urban development plan for Corinto, Nicaragua (1977) and a reconstruction plan for the historic district of Santiago (1978-79). The pair won several competition prizes as well.

Halasz was born in Budapest, Hungary and studied at the College of Fine and Applied Art and the Technical University (both in Budapest), receiving his diploma in 1950. After postgraduate work at the Acadï¿½mie des Beaux-Arts in Paris and the University of Leiden in Holland, he taught architectural design at the Polytechnic University of Budapest until 1956.

Halasz was on the architecture faculty at MIT from 1957-63 and from 1969 until his retirement in 1991. In the interim, he taught and advised in Chile, Peru and Brazil and was a visiting professor at Harvard University's Graduate School of Design from 1966-68. After retiring from MIT as a full-time professor, he held the post of senior lecturer until his death.

In 2002, a comprehensive book on the Halasz brothers' design accomplishments was published in the Hungarian Monograph Series, sponsored by the Hungarian Art Museum of Budapest and the Hungarian Foundation for the Advancement of Architecture. This series acknowledges the achievements of notable Hungarian architects who live and work outside their homeland.

Halasz is survived by his brother Anthony. At Halasz' request, no funeral service is scheduled, though a memorial service sponsored by the architecture department will be held at the MIT Chapel on Sept. 18, 2003 at 11 a.m. Donations in his memory may be made to a fund he established at MIT to award an annual prize for the most outstanding master of architecture thesis. Contributions may be sent to the Department of Architecture, MIT Room 7-337, 77 Massachusetts Ave., Cambridge, MA 02139.