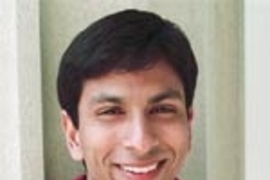 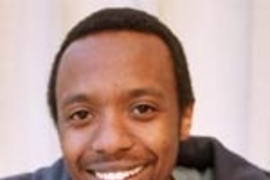 CAMBRIDGE, Mass. -- MIT's Sanjay Basu of Lisle, Ill., and Paul K. Njoroge of Nairobi, Kenya, are among students at universities around the world to win prestigious Rhodes Scholarships for 2002.

Rhodes Scholars study at Oxford University in England. Winners are chosen on the basis of intellectual and academic ability, integrity, respect for others, and the ability to lead and to use their talents fully.

Basu, a senior in brain and cognitive science, and Njoroge (S.B. 2000), a graduate student in electrical engineering and computer science, have both demonstrated social conscience, vision, leadership and organizational skills at MIT.

Basu plans to attend medical school and practice in a poor country. He will study the economic and social development of underdeveloped countries at Oxford.

"I think I have a social responsibility to study this, especially given that Rhodes himself was a pretty horrible colonialist," he said. "I think it's best to use the money from colonialism to repair what colonists left behind." He noted that Oxford has a history of studying social problems related to East-West relations. "I'd like to study some of the concerns that arise within developing countries affected by Western governments and international institutions."

"I feel honored and humbled by this award," said Njoroge, who will study economics and development at Oxford. "I am very excited and thrilled by it and thank God for the opportunity that he has availed to me."

The Rhodes Scholarship program was created in 1902 under the terms of the will of Cecil Rhodes, the British philanthropist. Judges for the 2002 scholarship chose the 32 U.S. winners, including Basu, from 925 applicants who attend 319 colleges and universities in the United States. The competition that included Njoroge was separate.

Basu received a Harry S. Truman Scholarship in 2001 in recognition of his humanitarian commitment, exemplified by United Trauma Relief (UTR), an organization he founded in 2000 to combat AIDS in countries such as Haiti.

UTR created a network of 200 college AIDS groups, community organizations and hospital pharmacies to collect unused, unexpired anti-AIDS medications, repackage them and ship them to a clinic in Haiti. UTR paid the postal bills and MIT students involved in UTR did the repackaging.

Basu, operating UTR out of his dorm room, mails out approximately 16,000 doses of AIDS drugs each month, said Lawrence J. Vale, associate professor of urban studies and planning and MIT's principal advisor for the Rhodes Scholarships.

"If an organization such as Doctors Without Borders did not exist, Basu would have been the one to found it," said Vale. "Observing the sheer scope of his humanitarian activities while still an undergraduate, his potential for future growth is immense."

Basu is also the founder and editor of the MIT Undergraduate Research Journal, a model of interdisciplinary science writing that has been adapted by students at the University of California at Berkeley and the California Institute of Technology.

He visited Oxford once as a a child. "All I remember is seeing this Cinderella's castle and being intimidated," he recalled. "I suppose that was an omen."

Njoroge is the founder of the MIT African Internet Technology Initiative (MIT-AITI), a project to teach web-programming courses in his native Kenya.

Along with three other MIT students and alumni, Njoroge spent July 2000 at Strathmore College in Nairobi teaching a Java course. They spent six months prior to the trip designing the curriculum and raising money.

Njoroge first envisioned the MIT-AITI project while attending a LeaderShape summer program after his sophomore year. He developed the idea, he said, with the help of his advisor, Paul Gray, professor emeritus of electrical engineering and computer science and president emeritus of MIT.

After studying at Oxford, Njoroge hopes to play a role in the industrialization of his native Kenya, possibly in telecommunications.

"Oxford will provide me with the skills to pursue my goals," he said. "Furthermore, I will meet like-minded people with whom I will share and exchange ideas on how to best develop our respective countries and regions--all in a bid to improve the lives of human beings. So, in short, I think I will develop skills and form networks that will help others and I fulfill our objectives of economic development and empowerment."

Njoroge won the William L. Stewart Award for his contribution to extracurricular activities and events at MIT in 2001.

"I will feel some sadness on leaving the MIT community, which has been my family and made me feel at home for the last five years," he said.