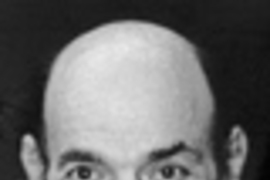 CAMBRIDGE, Mass.-- Massachusetts Institute of Technology scientist Alexander Rich, best known for his discovery of left-handed DNA or Z-DNA and the three-dimensional structure of transfer RNA, is the recipient of the $250,000 Bower Award for Achievement in Science.

The award was announced today by the Franklin Institute of Philadelphia, Penn., which also announced names of the nine winners of the Benjamin Franklin Medals, including MIT physics professor Wolfgang Ketterle.

Alexander Rich, who is the William Thompson Sedgwick Professor of Biophysics at MIT, will receive the Bower science award, one of the largest monetary prizes awarded in science, for his key discoveries leading to an understanding of three-dimensional structures and the function of RNA and DNA molecules. The Bower award is bestowed annually upon a distinguished scientist of any nationality for outstanding work in the physical or life sciences.

Wolfgang Ketterle is co-winner of the Benjamin Franklin Medal in Physics with Eric Cornell and Carl Wieman of the University of Colorado. In 1995, Cornell and Wieman confirmed Albert Einstein' and Satyendra Bose's 1925 quantum mechanics prediction that a dilute gas condensate can display properties usually found only on an atomic or molecular scale. Several months later, Ketterle's research in the same area opened the way for scientists to study this state of matter.

Professor Rich has long been recognized as a preeminent researcher in structural molecular biology, a field which seeks to understand the molecular architecture of living organisms. His work has advanced the understanding of the role and functions of RNA and DNA in heredity.

In 1979, he led a team of researchers at MIT which startled the world of structural biology with the announcement that they had found a "left-handed" form of the basic genetic molecule of life, DNA. The new form, coiled in the shape of a left-handed screw, was called Z-DNA because of its zig-zag backbone, but its purpose remained a mystery for many years.

In August of 1995, researchers led by Rich reported the first biological role of Z-DNA in helping an "editor" protein change the genetic message of RNA. And just last summer, Rich described in the journal Science (June 11, 1999) how the three-dimensional structure of Z-DNA binds to a protein which is involved in editing genetic messages important in a number of brain receptors.

President Clinton recognized Rich for his outstanding scientific achievements with the Medal of Science in 1995. In June 1994, he was honored with a two-day symposium at MIT featuring talks by 14 scientists, including three Nobel laureates.

Rich lives in Cambridge, Mass., with his wife Jane. They have four children.

The Franklin Institute Awards program began in 1824. Benjamin Franklin Medal winners have included 91 Nobel laureates to date. The Bower Awards in business and science were endowed by Henry Bower, a Philadelphia chemical manufacturer in 1988. Winners of this year's Bower and Franklin awards will gather in Philadelphia in April for the International Science Week symposia and a formal awards ceremony on April 27.