Members of the biology community came together to honor and celebrate the contributions and many achievements of the department and its affiliates.
Watch Video
Saima Sidik | Department of Biology
Publication Date:
Press Inquiries

On Feb. 25, members of the Department of Biology came together with alumni, industry representatives, and supporters to review the department’s challenges and accomplishments during the third annual Friends of Biology gathering. This year’s event was held virtually due to Covid-19 restrictions. Although everyone yearns for in-person events to resume, the new format came with some benefits: This year’s event was the largest Friends of Biology gathering yet, with 195 attendees from 12 countries. Also, because participants didn’t need to travel, it was possible to hold the event in February without concern for weather disrupting plans.

Keynote speakers Nergis Mavalvala, dean of the School of Science, and Alan Grossman, head of the Department of Biology, addressed the virtual format.

“We are all, I’m sure, acutely aware that we’re meeting together in digital space rather than physical space,” Mavalvala said. But she added that, despite the challenges posed by the pandemic, it highlights the importance of the basic research that the Department of Biology conducts. “Most of the technologies of tomorrow are predicated on the discoveries of today,” she said. 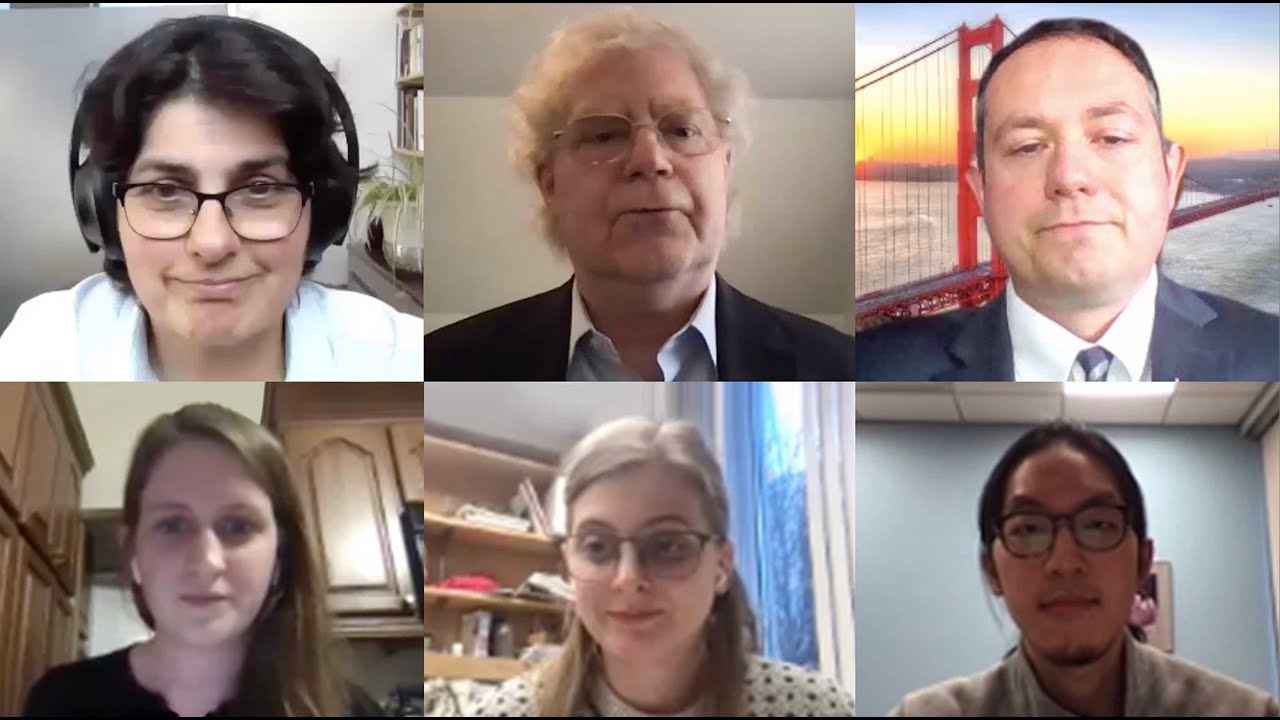 Grossman noted that the Department of Biology’s new class, 7.00 (Covid-19, SARS-CoV-2, and the Pandemic) has aided the MIT community and the public in navigating this unusual year by providing a reliable source for Covid-related information. The course, conceived by Grossman in spring 2020 and coordinated by Richard Young from the Department of Biology and Facundo Batista from the Ragon Institute of MGH, MIT and Harvard, included 14 lectures on topics ranging from the molecular biology of the virus to epidemiology and vaccinology. Collectively, the lectures garnered over half-a-million views. As our understanding of the virus and its implications for daily life continue to evolve, the department intends to offer an updated version this coming fall.

A central theme of the evening was supporting and educating the next generation of scientists, which is always a high priority for the department. “I take great pride in the teaching and mentoring that we do,” Grossman said. “It’s really one of our top priorities.”

The past year was challenging for many students, who had to vacate their labs in March and, in many cases, are still working in labs that are operating with reduced capacity. During the second half of the program, three graduate students presented their recent discoveries to demonstrate how the department has continued its work despite these disruptions.

Grace Johnson from Gene-Wei Li’s lab introduced the “central dogma” of biology, in which DNA is used to encode mRNA, which is, in turn, is translated into proteins. In the most commonly-studied bacterium, Escherichia coli, the molecular machines that make mRNA and proteins work at nearly the same speed, linking the two processes. Johnson showed that in the less-studied bacterium Bacillus subtilis, the machinery that produces mRNA speeds along DNA, while the machinery that makes proteins lags behind. Her work highlights the importance of studying a diversity of organisms rather than drawing conclusions based only on the most common models.

Bridget Begg from Christopher Burge’s lab described her work on the process by which cells splice mRNA to create multiple versions, which can then be translated into different proteins. When this process of “alternative splicing” fails, it can lead to conditions like autism, epilepsy, and heart disease. Begg identified new mRNA sequences with which the proteins that control alternative splicing can interact, which could prove critical to understanding these diseases.

Lastly, Charlie Shi from David Bartel’s lab described his work on a mechanism involving microRNAs that cells use to regulate gene expression. MicroRNAs are small pieces of RNA that bind to mRNA and, in most cases, trigger cells to degrade the mRNA. Shi’s work uncovered an alternative mechanism in which mRNA binding causes the microRNAs to be destroyed instead, turning the canonical situation on its head. Shi believes that this mechanism for microRNA destruction may play an important role in embryonic development.

Following the presentation portion of the program, participants had a chance to mingle during a virtual networking session.

The event was organized by Daniel Griffin, the Department of Biology’s senior development officer, and Lizzie Army from the Events Team in the MIT Alumni Association.

“It was wonderful to see so many attendees from outside the biology department join the third annual Friends of Biology gathering,” Griffin said. “It’s clear that Covid-19 has highlighted the importance of basic biological research for people across all disciplines, and we’re glad to see so many people who are eager to connect with the department to learn more.”

As Grossman noted in his keynote address: “Looking ahead, there are many unknowns.” But the successes highlighted at the gathering demonstrate the resilience of the department in the face of this uncertainty.

How this biology lab class went virtual during the pandemic

Stars, brains, and enzymes: a celebration of MIT science