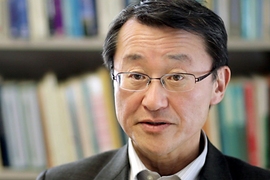 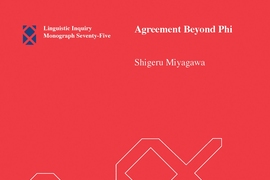 Many linguistics scholars regard the world's languages as being fundamentally similar. Yes, the characters, words, and rules vary. But underneath it all, enough similar structures exist to form what MIT scholars call universal grammar, a capacity for language that all humans share.

To see how linguists find similariites that can elude the rest of us, consider a language operation called "allocutive agreement." This is a variation of standard subject-verb agreement. Normally, a verb ending simply agrees with the subject of a sentence, so that in English we say, “You go,” but also, “She goes.”

Allocutive agreement throws a twist into this procedure: Even a third-person verb ending, such as “she goes,” changes depending on the social status of the person being spoken to. This happens in Basque, for one. It also occurs in Japanese, says MIT linguist Shigeru Miyagawa, even though Japanese has long been thought not to deploy agreement at all. But in fact, Miyagawa asserts, the same principles of formality appear in Japanese, if you know where to look.

“It goes a long way toward the idea that there's agreement in every language,” says Miyagawa, a professor of linguistics and the Kochi-Manjiro Professor of Japanese Language and Culture at MIT. “In Japanese this politeness system has exactly the same distribution as the Basque allocutive system.”

Now Miyagawa has published a book — “Agreement Beyond Phi,” out today from the MIT Press — that explores some of these unexpected structural similarities among languages. The book has a second aim, as well: Miyagawa would like to orient the search for universal linguistic principles around a greater diversity of languages. (The title, incidentally, refers to agreement systems that are not found in Indo-European languages.)

Because English is the native language of so many great linguists, he observes, there is a tendency to regard it as a template for other languages. But drawing more heavily on additional languages, Miyagawa thinks, could lead to new insights about the specific contents of our universal language capacity; he cites the work of MIT linguist Norvin Richards as an example of this kind of work.

To see why allocutive agreement seems like such a compelling example to Miyagawa, take a very brief look at how it works.

The best-known examples of addressing people formally come from Indo-European languages such as French, in which second-person subject-verb agreement changes in a simple way, depending on the social status of the person being addressed. Consider the phrase, “You speak.” To a peer or friend, you would use the informal version, “Tu parles.” But to a teacher or an older stranger you would likely use the more formal agreement, “Vous parlez.”

What happens in Basque and Japanese is a bit more complicated, however, since both informal and formal modes of address are employed even when speaking about other people. For instance, in Basque, consider a phrase Miyagawa dissects in the book, “Peter worked.” To a male friend, you would say, “Peter lan egin dik.” But to someone with higher social status, you would say, “Peter lan egin dizu.” The verb ending — the verb is last word in this sentence — changes even though it remains in the third person.

And while Japanese grammar differs in many ways from Basque grammar, Miyagawa contends in the new book that Japanese “politeness marking” follows the same rules. The sentence “Taro said that Hanako will come,” for example, includes the politeness marking “mas” when being spoken in a formal setting. In Japanese, transliterated in English characters, this becomes: “Taroo-wa hanako-ga ki-mas-u to itta.” But for the same sentence, when spoken to a peer, the “mas” disappears.

This kind of agreement, Miyagawa notes, is something he proposed in a 2010 book — titled, “Why Agree? Why Move?” — but did not observe until about 2012.

“I found in Basque the prediction I made in 2010 but couldn’t substantiate then,” Miyagawa says. “It’s exactly the same agreement system.”

Strikingly, Basque and Japanese seem to have very different origins. And Basque — although spoken in the Basque region that lies in between France and Spain — is not an Indo-European language. Indeed, linguists are not certain how to account for the origins of Basque. The presence of allocative agreement in both tongues, then, suggests a deep and unexpected universality among the kinds of linguistic rules that can occur.

Miyagawa acknowledges he cannot predict precisely how his colleagues in linguistics will react to the book’s agenda, but says he has gotten a positive reception when presenting its concepts at conferences.

Certainly, some linguists have been very receptive to Miyagawa’s arguments. Johan Rooryck, a professor of French linguistics at Leiden University in the Netherlands, has said that Miyagawa’s new book “makes an elegant and compelling case for this exciting perspective.”

Miyagawa himself stresses that the point of the research is not to upend the conceptual foundations of universal grammar — as codified by MIT linguist Noam Chomsky and many others — but to expand the range of comparisons available to linguists. Beyond English, Japanese, and Basque, the book also draws on similarities found in Dinka (spoken in Sudan) and Jingpo (spoken in China and Burma), among other languages.

The book, he says, “is heavily influenced by the insights of the previous work, [and is] standing on the shoulders of some of the great minds, of Chomsky and many others.”

But when linguists look at more and more languages, Miyagawa adds, “You start to discover things you never noticed before.”