New collaboration explores the future of urban housing in Brazil

The School of Architecture and Planning and the Norman B. Leventhal Center for Advanced Urbanism (LCAU) at MIT have established a long-term initiative to rethink the future of affordable housing in Brazil, which faces an estimated shortage of 7 million units.

“The affordable housing gap — already a significant problem in Brazil — is growing wider,” says Gabriel Kozlowski, an architect and researcher who is part of the LCAU team. “Rethinking the architecture as well as the urban and economic models currently being implemented in the housing sector in Brazil is the first step toward providing better living conditions for millions of residents.”

The initiative is a combined effort among Brazilian academic institutions, research labs, and the private sector, in collaboration with MIT. The core local participants include the School of Architecture and Urbanism of São Paulo (FAU-USP); Arq.Futuro, Brazil’s largest platform devoted to the study and discussion of cities and urbanization; and the Institute of Urbanism and Studies for the Metropolis (URBEM), a “do-tank” for the conceptualization and implementation of large-scale urban development projects in São Paulo and other global cities.

Several other Brazilian institutions are joining the initiative, including INSPER, São Paulo’s leading center of education and research in the fields of business and economics, and the two largest private organizations representing the real estate sector in the state of São Paulo: the São Paulo State Housing Syndicate, SECOVI, and the Brazilian Association of Real Estate Companies, ABRAINC. 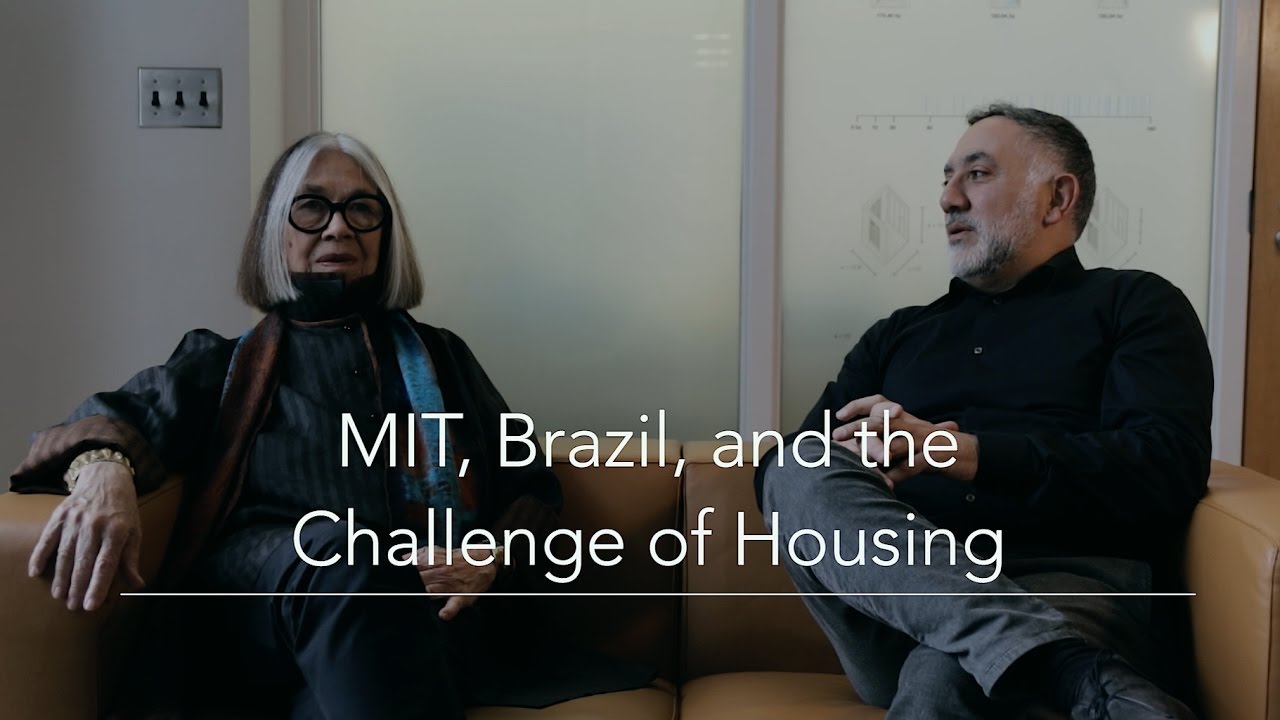 Play video
MIT thrives on difficult problems that benefit from bringing together different fields to solve them. Housing in Brazil, in the words of Dean of MIT SA+P Hashim Sarkis, "is the poster child for such problems." In this video, Dean Sarkis and MIT Professor Adèle Naudé Santos discuss a new collaborative initiative between MIT and partners in Brazil to address urban and affordable housing.

Two events in São Paulo this fall marked the beginning of this engagement. In October, FAU-USP hosted MIT School of Architecture and Planning Dean Hashim Sarkis for a public lecture, which took the form of a conversation about the new housing initiative and the opening of his exhibition, “The World According to Architecture,” mounted in the school’s gallery.

In November, Arq.Futuro, in partnership with the UN Habitat and the São Paulo State Secretariat for Urban Development, organized a two-day symposium entitled “Economy and the City: Housing and Urban Development.” With 40 speakers, the event aimed to open a discussion on the current state and new possibilities for affordable housing in Brazil.

“As a result of a series of economic and political practices, housing is a theme that was clearly left aside by architecture during these last decades,” says Kozlowski, who represented MIT at the event. “I believe this research collaboration is not only necessary but also symbolic for structuring an in-depth conversation on the future of affordable housing in Brazil to help reverse the current situation.”

The symposium also featured a video conversation between Sarkis and Adèle Naudé Santos, a professor in the MIT Department of Architecture and the Department of Urban Studies and Planning, discussing the significance of housing research for Brazil and MIT’s role and vision for this collaboration.

Research activities will commence in 2017. During the spring — supported by a five-year grant offered by the São Paulo Research Foundation — the architecture school FAU-USP will gather a team of faculty and researchers led by architect Angelo Bucci to engage in a long-term project on housing.

“Housing is the primordial and most permanent theme of architecture,” says Bucci. “It is of the highest relevance to promote a cycle of research and debate that addresses new architectural designs necessary for today’s cities.”

The framework of the research is being developed in collaboration with MIT, which will also exchange faculty and students for short research periods over the next five years. During summer 2017, Santos will take MIT students to São Paulo for a workshop as part of the LCAU biennial theme of housing.

“We intend to design a community on an urban infill site that has reasonable access to facilities needed by the residents,” says Santos. “The housing should be flexible to accommodate different household formations, support income-generating activities, and through the shared spaces and amenities foster a sense of community. This will be a new neighborhood typology and an innovative building type, spatially, and technologically. The challenges are large, but we expect that the MIT team working with their Brazilian counterparts will bring bold thinking, rigor, and creativity to affordable urban housing solutions.”